The global bifacial solar market is estimated to grow at a CAGR of ~15% over the forecast period, i.e., 2022 – 2030. Bifacial solar panels can collect solar energy from both the sides, resulting in better performance, and more energy generated by the panel. The growth of the market can be attributed to the increasing adoption of solar power, backed by the increasing environment awareness amongst the people. The growing awareness for the use of clean and renewable energy to curb the rising pollution level is estimated to be one of the primary factors estimated to drive the market growth. 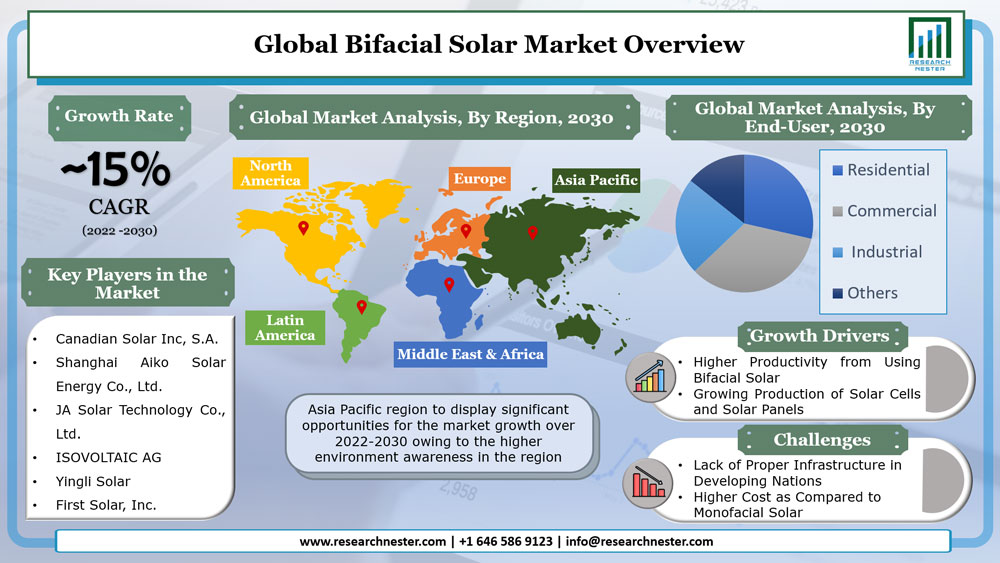 According to the data by the International Energy Agency (IEA), power generation from solar PV has increased by 22% in 2019, to 720 TWh, which is up by 131 TWh globally in 2019. Rising government initiatives to promote the use of solar energy for various applications, as solar energy is a green and clean energy, are estimated to fuel the market growth. 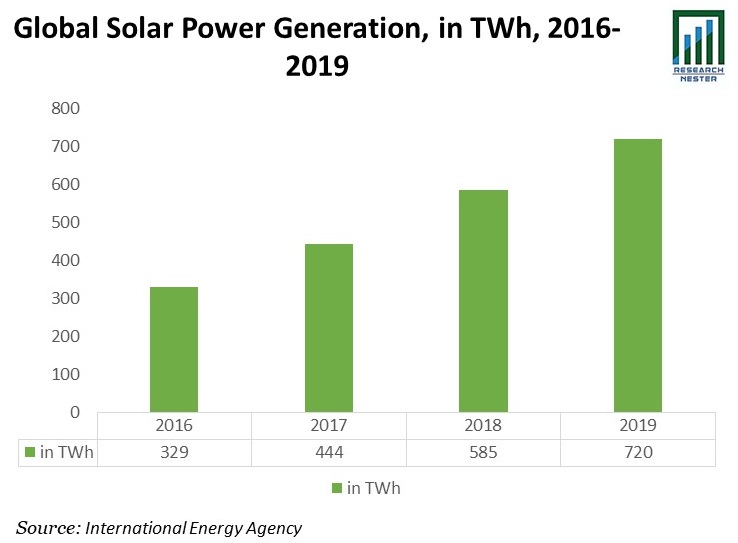 The market is segmented by end-user into residential, industrial, commercial, and others, out of which, the commercial segment is anticipated to hold the notable share in the global bifacial solar market over the forecast period on account of rapid commercialization of solar plants, and increasing investment in renewable energy sources by government and private-sector companies. Bifacial solar can generate a larger amount of solar electricity, which is further estimated to boost the segment growth.

On the basis of geographical analysis, the global bifacial solar market is segmented into five major regions including North America, Europe, Asia Pacific, Latin America and Middle East & Africa region. The market in Asia Pacific region is estimated to garner largest share over the forecast period on the back of the immense growth potential, backed by the abundance of sunlight all around the year in countries, such as, China, Japan, Viet Nam, India, and others. The growing government investment in renewable energy sources, in countries such as China, India, Japan, and Thailand, is further projected to boost the market growth.

The market in the North America region is anticipated to gain the largest market share throughout the forecast period owing to the technological advancement, growing public awareness, increasing adoption of solar farms as a commercial activity, and growing government investment in renewable energy sources. 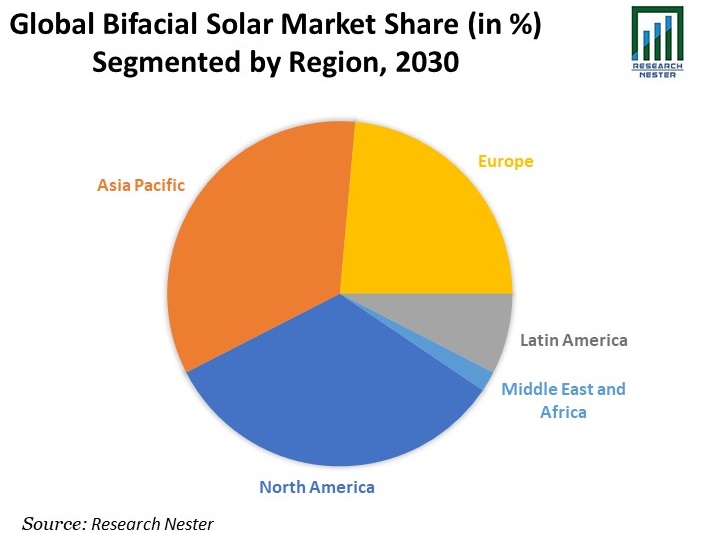 The global bifacial solar market is further classified on the basis of region as follows:

Our in-depth analysis of the global bifacial solar market includes the following segments:

What are the major factors driving the growth of the bifacial solar market?

Increasing government initiatives to promote the use of solar energy, and higher capacity of bifacial solar are the major factors driving the market growth.

What would be the CAGR of bifacial solar market over the forecast period?

What are the challenges affecting the bifacial solar market growth?

Lack of proper infrastructure is one of the factors estimated to hamper the market growth.

Which region will provide more business opportunities for growth of bifacial solar market in future?

The market in Asia Pacific is estimated to garner the largest market share owing to the large number of commercial solar farms in the region.

Who are the major players dominating the bifacial solar market?

What are the segments in the bifacial solar market?

Which sub-segment captures the largest market size in the type segment in the market?

The framed segment is anticipated to hold largest market over the forecast period on the back of ease of installation.