The global vibration monitoring market is estimated to garner a revenue of USD 2408.70 Million by the end of 2030, by growing at a CAGR of 6.13% over the forecast period, i.e., 2021 – 2030. Moreover, the market generated a revenue of USD 1349.62 Million in the year 2020. The growth of the market can be attributed to growing shift of industries towards Industry 5.0 from Industry 4.0, and for the shift in focus towards automated machineries from manually controlled machineries. Vibration monitoring systems utilizes sensors to identify vibrations in rotating machineries, allowing its user to understand a mechanical failure or malfunction in the rotating machine. Besides this, the rising adoption of wireless communication technology, increasing adoption of industrial internet of things (IIoT), and the growing advancements in machine technologies, are some of the additional factors anticipated to drive the market growth. 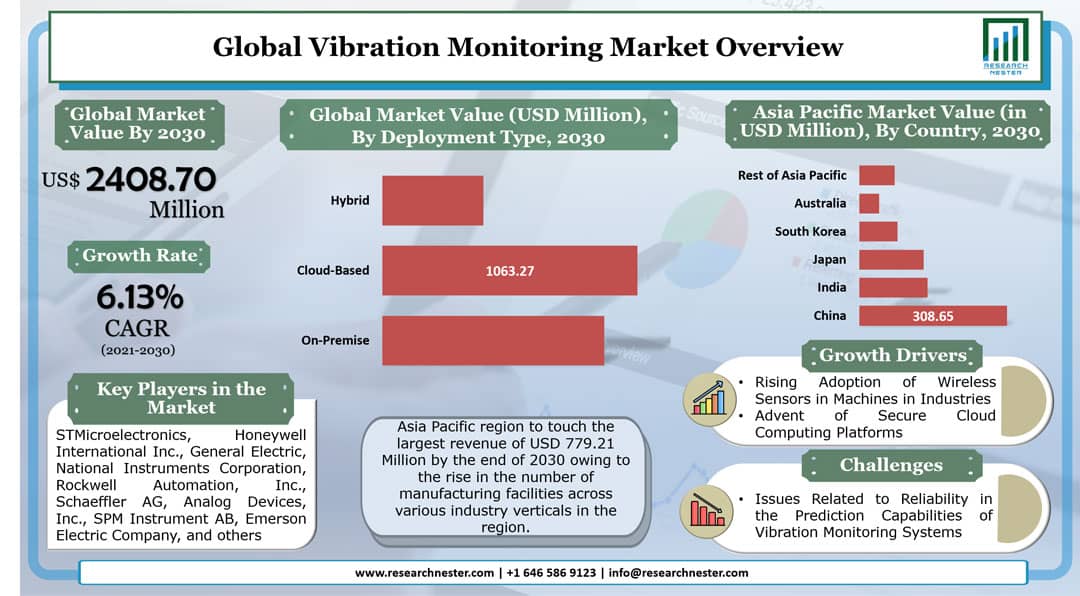 Besides this, the growing manufacturing output globally, and the increasing demand for machineries worldwide are also estimated to contribute to the market growth in the coming years. According to the statistics by the Organisation for Economic Co-operation and Development (OECD), the manufacturing index of industrial production in the United States, Germany, and Mexico, touched 101.2 (2015=100), 105.5, and 106.3 respectively in the year 2018. Moreover, the numerous benefits associated with the adoption of wireless sensors and the advancement in cloud computing platforms are also expected to create numerous opportunities for market growth in the coming years. 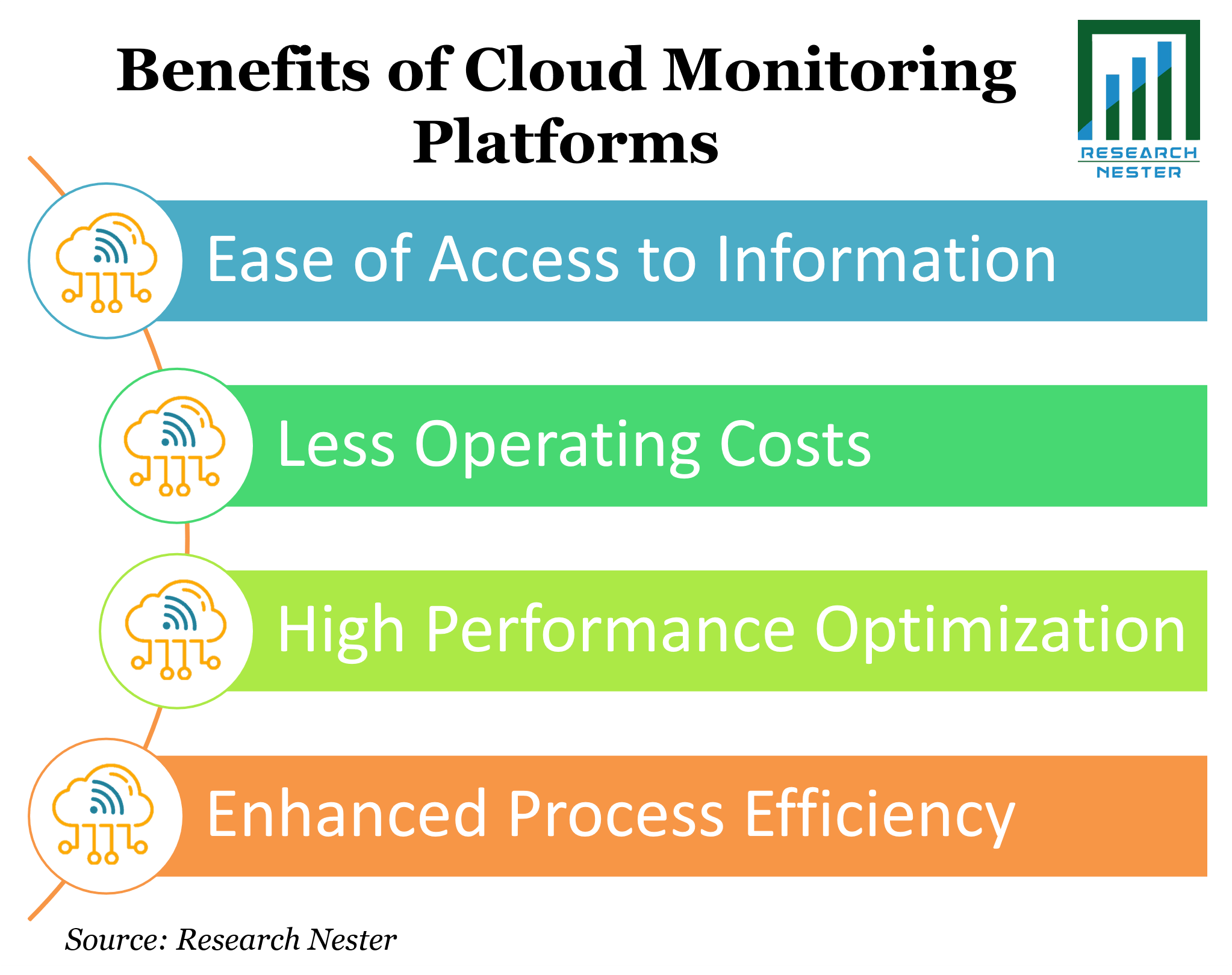 1) What are the major factors driving the growth of the vibration monitoring market?

Ans: The rising adoption of wireless sensors in machines in industries, and the advent of secure cloud computing platforms are some of the major factors anticipated to drive the market growth.

2) What would be the CAGR of vibration monitoring market over the forecast period?

3) What are the challenges affecting the vibration monitoring market growth?

Ans: The issues related to reliability in the prediction capabilities of vibration monitoring systems is one of the major factors estimated to hamper the market growth.

4) Which region will provide more business opportunities for growth of vibration monitoring market in future?

Ans: The market in the Asia Pacific region is anticipated to garner the largest revenue of USD 779.21 Million by the end of 2030 and display significant business opportunities in the near future.

5) Who are the major players dominating the vibration monitoring market?

7) What are the segments in the vibration monitoring market?

8) Which segment captures the largest market size in component segment in the vibration monitoring market?

Ans: The hardware segment registered the largest revenue of USD 1416.77 Million by the end of 2030 and display significant growth opportunities.