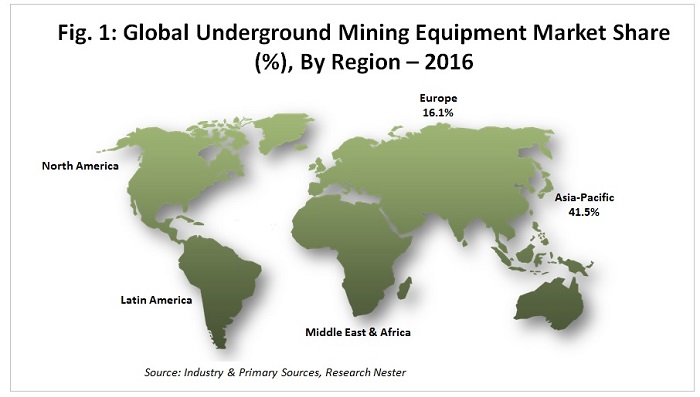 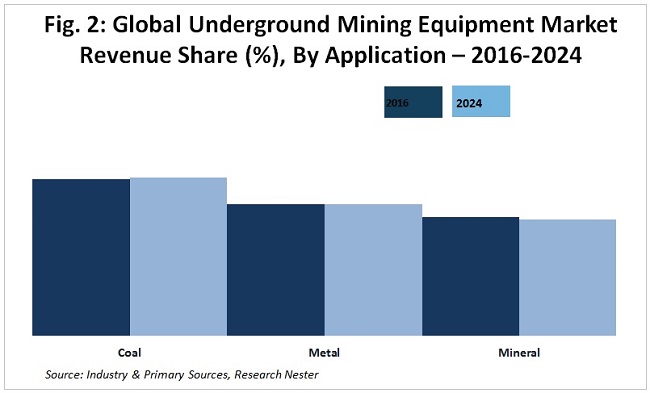 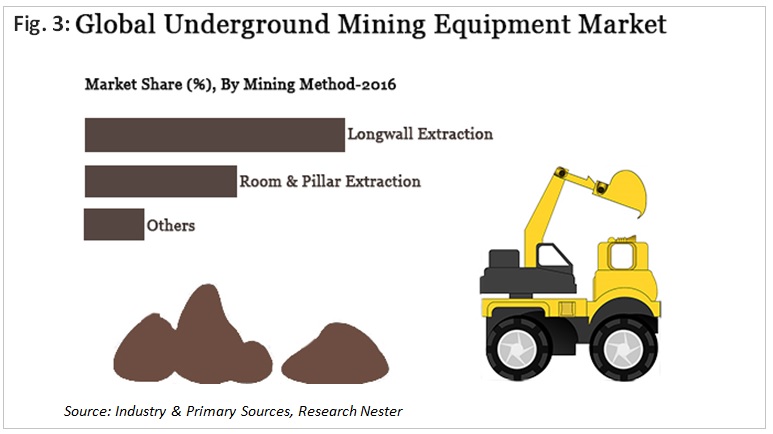 Besides, increasing number of infrastructure projects and government initiatives and support across the globe is expected to impact the growth of the underground mining equipment market. In addition to that, automation plays an important role in underground mines. Adoption of remote and tele-remote control technologies, sophisticated machine guidance, fit-for-purpose, reliable one & two-way underground communication, state-of-the-art vehicle collision avoidance and detection systems are the major foundation technologies that are believed to aid the underground mining equipment market to grow in near future.

The stringent government regulations to curb the environment pollution are anticipated to negatively impact the growth of market over the forecast period. Apart from this, poor supporting infrastructure and land acquisition issues in developing nations are some of the restraining factors behind the growth of the global underground mining equipment market.

The industry players such as Caterpillar, Boart Longyear and others are continuously focusing towards the advancement and diversification of their products. Manufacturers are increasingly offering underground mining equipment with better features such as increased efficiency, integrated advanced technologies and more. The expansion of product portfolio will further help the companies to maintain their growth along with gaining competitive edge in the global underground mining equipment market.