Wave and tidal energy are the cleanest source of energy, which is sustainable energy system with minimal emission of CO2 gas. Equipment used in wave energy technologies are floats or pitching devices, oscillating water columns, tapered channels, point absorbers, attenuators and terminator device. Equipment used in tidal energy technologies are barrages or dams, tidal fences and tidal turbines. Wind and tidal energy system requires less space as compared to the all other types of energy source. Wave and tidal energy system is used to maintain balance in ecosystem, which is more predictable and steadier in comparison with non-renewable source of energy. Erected tidal dams are installed in the middle of sea to generate waves after reflection of water and process it further for generating electricity from it.

The global wind and tidal energy market is expected to capture a market value of USD 15 billion by the year 2027 with a CAGR of 24% over the forecast period of 2019-2027.Rise in demand for renewable source of energy and provision of funds from government and private organizations for clean source of energy across the North America and Asia Pacific vigorously propelled growth of wave and tidal energy market in forecasted period. On the basis of regional platform, global wave and tidal energy market is segmented into five major regions including North America, Europe, Asia Pacific, Latin America and Middle East & Africa region. Europe is expected to hold largest market share in terms of market value for wave and tidal till the forecast period 2019-2027.

Additionally, countries in Europe region such as the United Kingdom, France, Russia, and Italy are increasingly following the government regulations for environmental issue raised by CO2 gas emission on the advent of fossil fuels burning. Asia Pacific is panned to observe a substantial growth in wave and tidal energy market on the rise of increased awareness towards safety and environmental issues with fossil fuel consumption. Additionally, increased energy requirement in region is expected to positively support the market growth in future. Moreover, North America is expected to raise the wave and tidal energy market with increased demand for energy by various industries to execute their operations.

Furthermore, robust demand in countries such as Saudi Arabia, UAE and South Africa is expected to showcase modest growth in global wave and tidal energy market. This is driven by environmental concerns over CO2 emissions caused by burning fossil fuels. CLICK TO DOWNLOAD SAMPLE REPORT 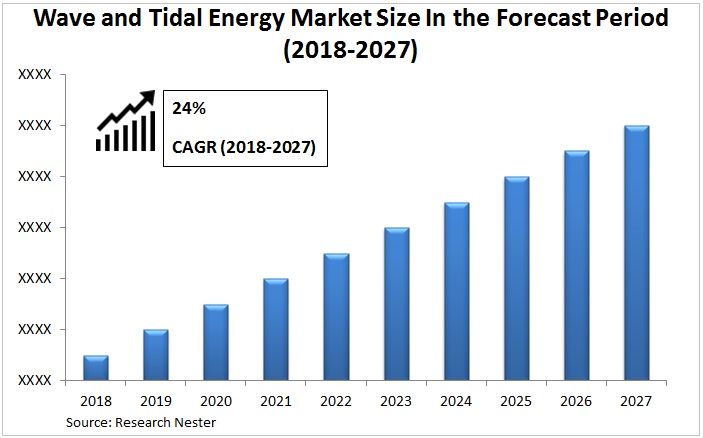 Europe is accounted for largest share for wave and tidal energy market on the heels of enforcement of stringent environmental issues of pollution caused by increasing CO2 gas emission from fossil fuels in countries such as the United Kingdom, France, China and India.

Global wind and tidal energy Market is further classified on the basis of region as follows: 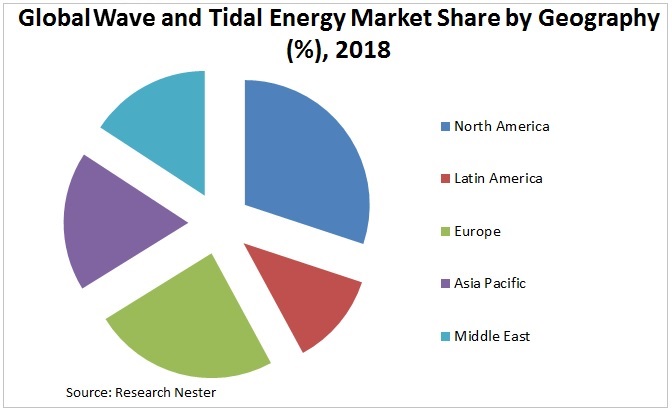 Increase in demand of energy for performing various operations within the commercial & residential sector is driving the growth of market. Additionally, the innovations in R&D department for clean source of energy to avoid the effects of greenhouse gases are driving the growth of market. Moreover, rising competition among the stakeholders of wave and tidal energy market is driving for positive growth in market.

Government support for a clean source of energy to reduce greenhouse gas and CO2 emission is driving the growth of market. Additionally, investments in renewable energy system from government are twice the amount compared to fossil fuel energy in Asia Pacific region such as India and China.

Release of harmful gases from burning of fossil fuels can pollute the air and cause air pollution. Rising awareness regarding the global warming effects from non-renewable energy is backing the wave and tidal energy market in future.