The global watersport accessories market is estimated to garner a revenue of USD 3038.1 Million by the end of 2028, up from a revenue of USD 2920.7 Million in 2019, by growing with a CAGR of 2.6% during the forecast period, i.e., 2021-2028. The market is anticipated to grow primarily on account of the growing awareness for safety in watersports, followed by the growing number of participants for recreational watersport activities. According to the statistics by the United States Coast Guard, 5265 recreational boating accidents in the U.S. were recorded during the calendar year 2020. This included 767 deaths due to recreational boating accidents, followed by 3191 injuries and damage to property worth around USD 62.5 Million. Moreover, according to the statistics by the Outdoor Industry Association, outdoor participation amidst COVID-19 increased significantly. In the year 2020, 160.7 Million Americans of ages 6 and above were known to participate in at least one outdoor activity. This was an increase by 7.1 Million participants than the previous year. 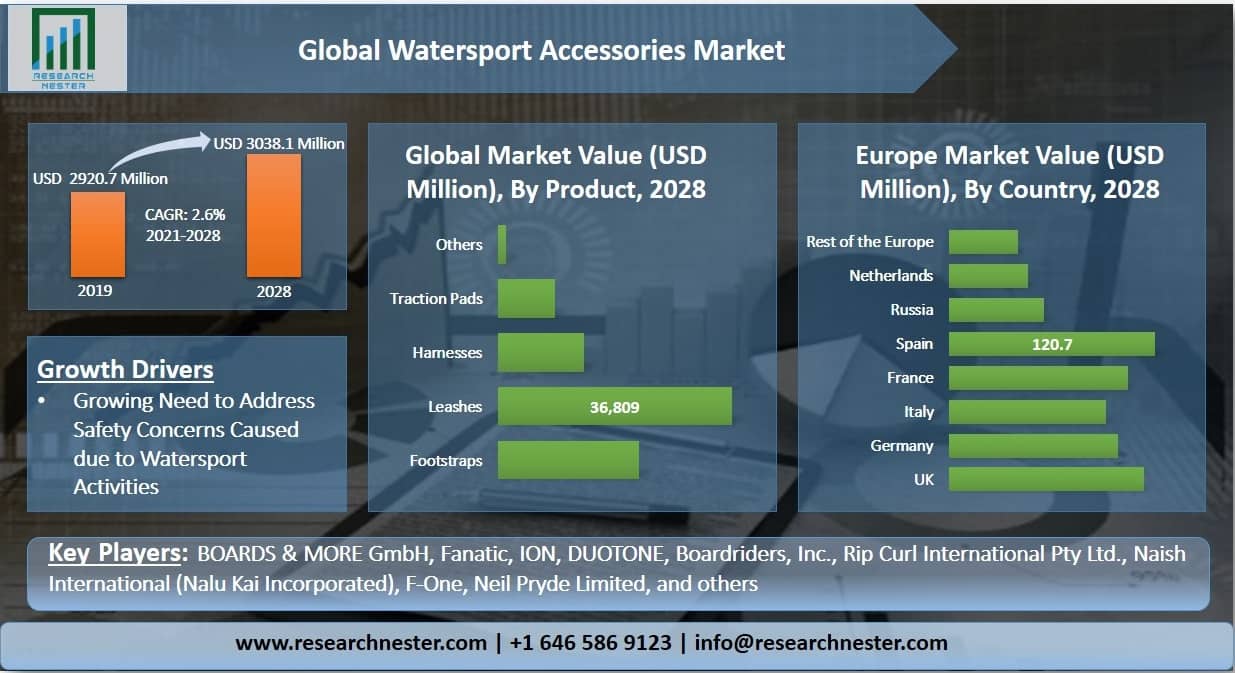 The global watersport accessories market is also anticipated to grow on account of the increasing trade of watersports equipment globally. According to the statistics by the International Trade Center (ITC), imports of water-skis, surfboard, and other water-sport equipment around the world increased from USD 1107056 Thousand in the year 2013 to USD 1627522 Thousand in the year 2019. 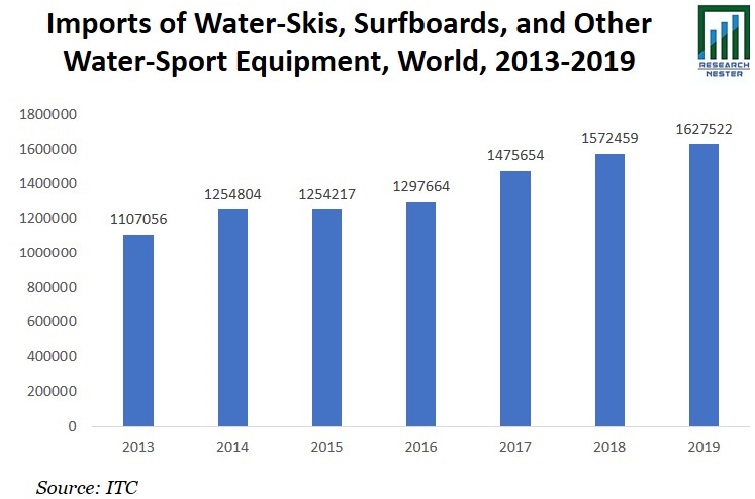 Regionally, the global watersport accessories market is segmented into five major regions including North America, Europe, Asia Pacific, Latin America and Middle East & Africa region. Amongst the market in these regions, the market in North America is anticipated to garner the highest market share throughout the forecast period and also attain the largest market revenue of USD 1076.7 Million by the end of 2028, up from a revenue of USD 1058.5 Million in 2019. The market in the region is further projected to grow with a CAGR of 2.3% during the forecast period. The growth of the market in the region can primarily be attributed to the increasing interests amongst individuals in the region for different watersport activities, such as kayaking, rafting, canoeing, and others. In other statistics by the Outdoor Industry Association, in the year 2018, rate of first-time participants for whitewater kayaking registered to as 56%, whereas sea or touring kayaking registered 53%. Moreover, rafting, stand up paddling, canoeing, and recreational kayaking stood to 49%, 48%, 31% and 29% respectively. 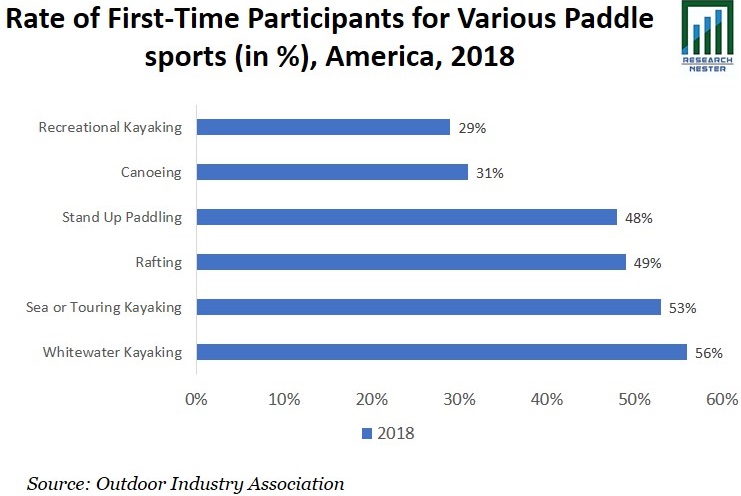 1) What are the major factors driving the growth of the water sport accessories market?

Ans: The increasing awareness for watersports safety, along with the growing number of participants who are interested in these sport activities are some of the major factors anticipated to drive the market growth.

2) What would be the CAGR of water sport accessories market over the forecast period?

3) What are the challenges affecting the water sport accessories market growth?

Ans: The lack of sustainable raw materials for manufacturing the accessories is one of the major factors estimated to hamper the market growth.

4) Which region will provide more business opportunities for growth of water sport accessories market in future?

5) Who are the major players dominating the water sport accessories market?

7) What are the segments in the watersport accessories market?

Ans: The market is segmented by product, distribution channel, buyer type, and by region.

8) Which segment captures the largest market size in product segment in the watersport accessories market?

Ans: The leashes segment is anticipated to hold largest market size of USD 1383.2 Million by 2028 and display significant growth opportunities.