The global seismic survey market is estimated to garner a revenue of USD 11658.2 Million by the end of 2030, by growing with a CAGR of 3.96% over the forecast period, i.e., 2021 – 2030. Moreover, in the year 2020, the market garnered a revenue of USD 7990.3 Million. The growth of the market can primarily be attributed to the growing demand for energy, majorly oil and gas, from several end-use industries, and the rising oil and gas exploration activities around the globe. Exploration operations are held worldwide to identify fresh oil and gas deposits. By the use of seismic survey technology, oil explorers are highly benefitted as these technologies help in enhancing their search and drive the overall searching process at a faster pace. Seismic survey tools measure the properties of the earth by utilizing physical principles of geophysical survey, such as elastic, gravitational, thermal, magnetic, and electric theories. By utilizing these tools, oil & gas exploration companies are benefitted with detailed images of the sub-surface, which allow detection of both lateral and depth variations. Moreover, different types of seismic surveys allow direct detection of hydrocarbon and delineate stratigraphically. 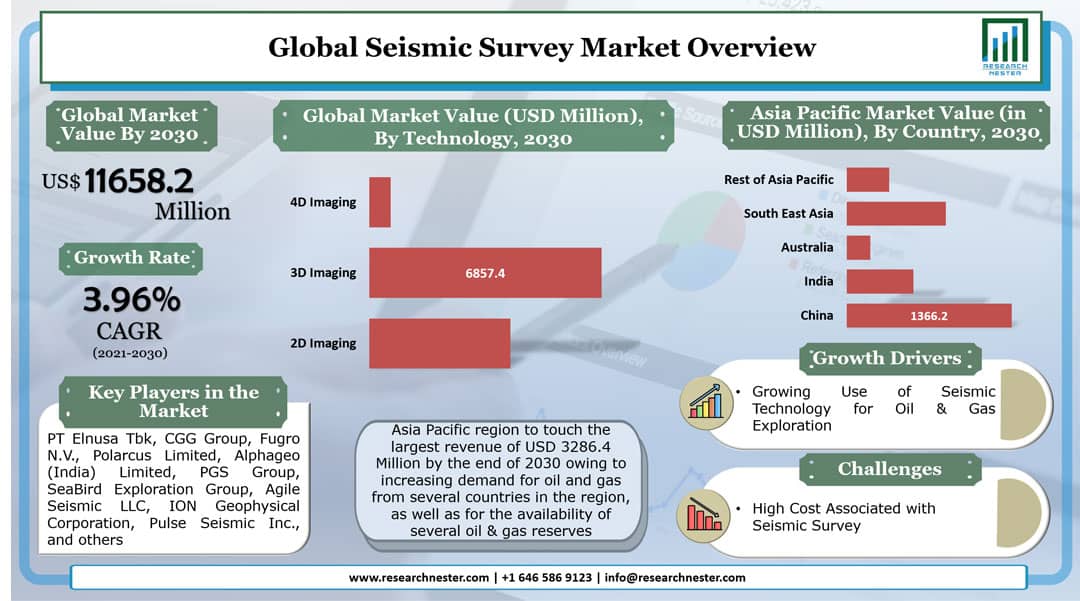 Seismic surveys are used as an important geophysical survey tool by the oil & gas companies. Backed by the rising demand for oil in the end-use industries, the demand for these survey tools is expected to increase significantly, and in turn, drive the market growth. According to the statistics by the International Energy Agency (IEA), the final consumption of gas/diesel and motor gasoline, increased from 1146515.0 kt and 921686.0 kt respectively in the year 2010, to 1297065.0 kt and 1047841.0 kt respectively in the year 2018. 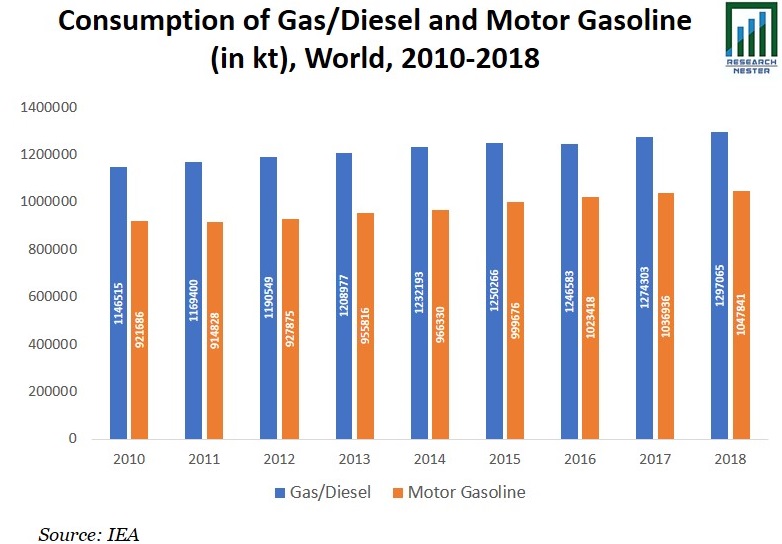 Besides this, the growing investments and the supportive investments by the government of various nations to develop the oil & gas sector, along with the rising advancements in seismic survey technologies, are some of the additional factors anticipated to drive the market growth.

What are the major factors driving the growth of the seismic survey market?

The growing use of seismic technology for oil & gas exploration, and the increasing advancements in seismic survey technology are some of the major factors anticipated to drive the market growth.

What would be the CAGR of seismic survey market over the forecast period?

What are the challenges affecting the seismic survey market growth?

The high cost associated with seismic survey is one of the major factors estimated to hamper the market growth.

Which region will provide more business opportunities for growth of seismic survey market in future?

The market in the Asia Pacific region is anticipated to generate the largest revenue of USD 3286.4 Million by the end of 2030 and display significant business opportunities in the coming years.

Who are the major players dominating the seismic survey market?

What are the segments in the seismic survey market?

The market is segmented by service type, end-use vertical, technology, and by region.

Which segment captures the largest market size in technology segment in the seismic survey market?

The 3D imaging segment is expected to generate the largest revenue of USD 6857.4 Million by the end of 2030 and display significant growth opportunities.