Renewable Energy alludes to the energy produced by renewable sources such as Sun, Wind, Water, Biomass etc. With the changing environment and population growth the need for clean, disposable & reliable form of energy is ever increasing. Simultaneously increasing ecological disturbances are promoting widely the use of sustainable energy owing the market for renewable energy to perceive greater demand than ever on the global level.

With the growing entry of global leaders renewable energy market is predicted to grow exponentially at compound annual growth rate (CAGR) of 9.9% over the forecast period i.e. (2017-2027). The global renewable energy market is advancing rapidly with new technological advancements led by research and development, hence witnessing cost declines & new financial structures. Factors such as depleting reserves of traditionally used resources have generated a requirement for renewable, clean & sustainable energy resources across the globe. Due to these reasons, there is an increase in demand for renewable energy across the globe and is therefore expected to increase over the forecast period.

Renewable energy production plays an important role in faraway areas where web/network connections can be neither lucrative nor practicable. Joining the power of renewable sources, this type of energy production can provide constant & dependable power in these areas. Growing carbon footprints worldwide has prompted the demand for clean and renewable energy resources. Considering issues of environmental degradation caused by the depletion of non-renewable energy sources in recent times as some of the primary sources for global outcry in the renewable energy market, it is projected to reach at a notable valuation by the end of forecast period. 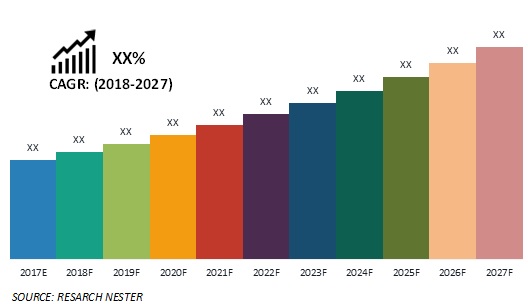 North America is expected to dictate the Renewable Energy market mainly due to the encouraging government regulations. The addition of renewable energy is expected to increase in the North American region providing the market with possibility for further growth.

Opportunities dwell in Asia Pacific region as it is growing rapidly due to the growing demand for power, which is driven by the growing population, automation, urbanization & improving economic conditions along with the cognizance towards the renewable energy sources.

Whereas, Europe too is predicted to rise as one of the major markets for the renewable energy due to the aspects such as technological advancements along with the increasing manufacturing sector in the region.

Global automotive fuel delivery system market is further classified on the basis of region as follows:

Additionally, self-propelled uses of solar energy are allowing electronic gadgets & vehicles to generate current to fuel up its electronics or charge its battery even while moving making it self-sufficient & greener. Thus, the use of solar energy production for automotive applications is snowballing quicklyand is expected to drive the market of Renewable Energy by jumps & dives.

Renewable Energy technologies like solar energy, wind energy etc. have significant potential of reaping benefits. Large-scale commercial array deployments of power plants are projected to be followed by massive cost reductions. With strong development in offshore wind energy, the market growth is expected to be stable as several investments can be made into the cost reduction. The market needs constant financial and regulatory support from governments for rapid commercialization and technological development.

The Renewable Energy Market appears to be extremely competitive due to the existence of many deep-rooted market players due to little product variation and convenience of extensive similar products. The Renewable Energy Market establishes a great possible growth owing to which numerous fresh competitors are estimated to get involved in this market in the forecast period. Conversely, aspects such as the primary setting up cost of the energy harvesting unit are likely to obstruct the market growth during the forecast period. However, scientific developments predicted to emerge in the near future will surely offer cost effective results which will push the market growth constantly.

The global security solution market is segmented as follows: