The purging compounds are plastic resins especially designed to clean the extruder and thermoplastic moulding machines. It contains certain base resins and additives that are used to clean screw, barrel and extruder. These compounds are also used for the removal of the color and various contaminates from equipment. The purging compounds are more preferred in comparison to traditional methods as it is more efficient. These compounds are used in reducing the machine down-time and improving the efficiency of the processing. The two basis methods involved in purging are mechanical and chemical purging.  The primary use of the purging compounds is that it reduces the time involved in the material changeover. It is also used to reduce the contamination from plastic processing machines.

Our in-depth analysis segmented the global purging compounds market in the following segments:

Global purging compounds market is further classified on the basis of region as follows: 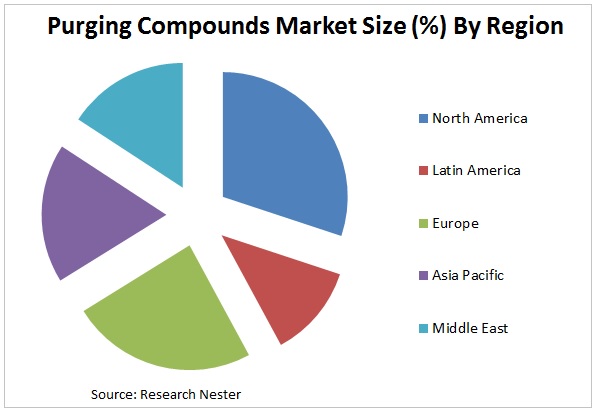