The global pressure pumping service market is estimated to grow at a CAGR of ~3% over the forecast period, i.e., 2022 – 2030. The growth of the market can be attributed to the increasing investment in offshore production, along with rising demand for oil and gas worldwide. Moreover, the holistic evolution of technology for oil drilling is also estimated to boost the growth of the market. 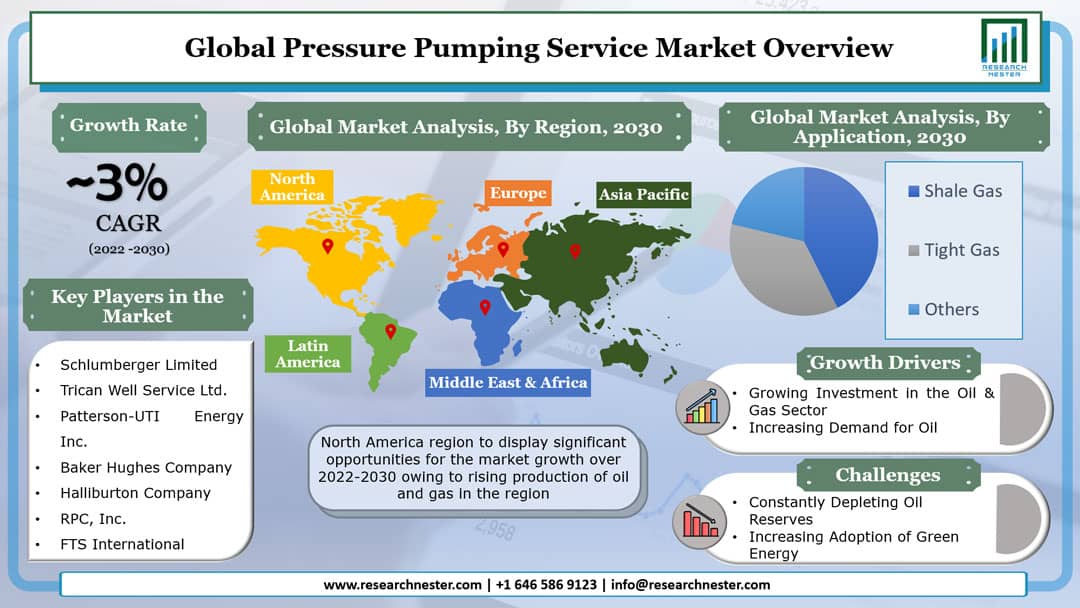 Pressure pumping can enhance the reservoir drainage capacity, in turn, increasing the supply of oil or gas from the reserve. According to the data by the International Energy Agency (IEA), oil production touched 98.3 million barrel per day (MB/D), while natural gas production reached 3937 billion cubic meters (BCM) globally, in 2018. The growing demand for this technique amongst the producers of oil & gas, is estimated to boost the market growth. Furthermore, rising adoption of hydraulic fracturing for increasing the production of hydrocarbons, is estimated to promote the market growth. The rising gap between demand and supply of oil and gas, is also estimated to boost the market growth. As per a report by the IEA, 4,296 million tons oil and NGL was produced in 2020, while the demand touched 4070 million tons. CLICK TO DOWNLOAD SAMPLE REPORT 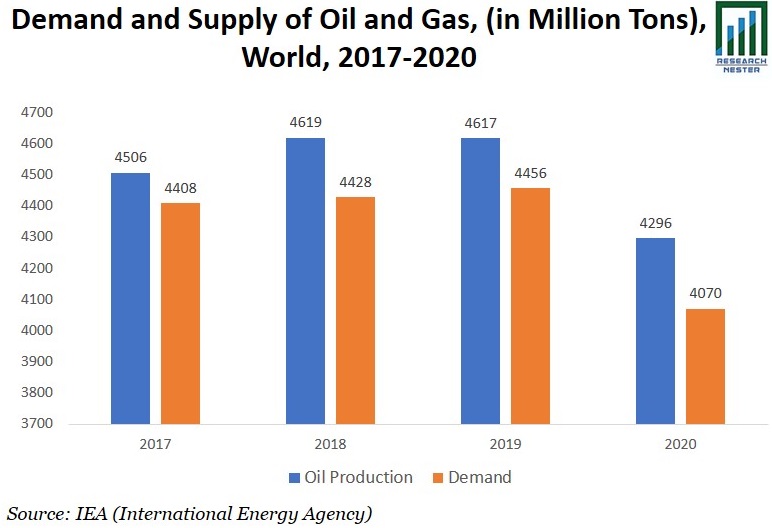 On the basis of geographical analysis, the global pressure pumping service market is segmented into five major regions including North America, Europe, Asia Pacific, Latin America and Middle East & Africa region. The market in the Middle East and Africa region is estimated to witness noteworthy growth over the forecast period on the back of large oil reserves in the gulf countries, along with advancement in oil drilling technology. According to the Organization for Economic Co-operation and Development (OECD) data, 507,805.25 tons of oil equivalent (toe) was produced in Saudi Arabia in 2017.

The market in the North America region is anticipated to gain the largest market share throughout the forecast period owing to the increasing production of oil and gas in the region. According to the statistics by the U.S. Energy Information Administration (EIA), in 2020, U.S. petroleum consumption touched 18.12 million barrels per day. 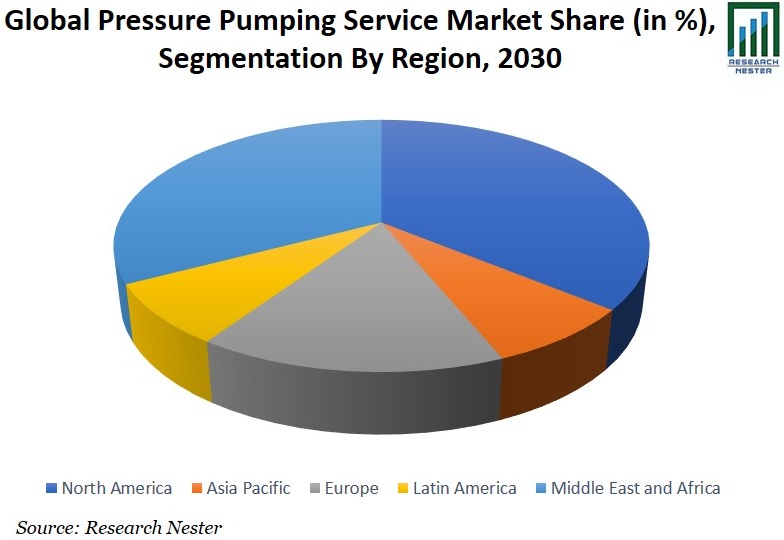 The global pressure pumping service market is further classified on the basis of region as follows:

What are the major factors driving the growth of the pressure pumping service market?

The growing demand for oil and gas, along with increasing investment in the sector is estimated to boost the market growth.

What would be the CAGR of pressure pumping service market over the forecast period?

What are the challenges affecting the pressure pumping service market growth?

High investment, and growing adoption of green energy are estimated to hamper the market growth.

Which region will provide more business opportunities for growth of pressure pumping service market in future?

The market in the North America region is estimated to provide more growth opportunities over the forecast period, owing to the increasing production of oil and gas in the region.

Who are the major players dominating the pressure pumping service market?

What are the segments in the pressure pumping service market?

The market is segmented by technology, type, application, and by region.

Which sub-segment captures the largest market size in application segment in the pressure pumping service market?

The shale gas segment is anticipated to hold largest market size over the forecast period and display significant growth opportunities owing to the rising demand of shale gas.

Small Hydropower Market Segmentation by Capacity (Up to 1 MW, 1–10 MW, and Others); by Type (Micro Hydropower, and Mini Hydropower); by End-User (Commercial, Utility-Scale, and Others) – Global Demand Analysis & Opportunity Outlook 2030