Polio vaccines may often be used as a single drug or mixed with a combination of other drugs. Combined polio vaccine drugs are used for active immunization against diphtheria, tetanus, pertussis and infections caused by all known subtypes of hepatitis B virus and poliomyelitis. 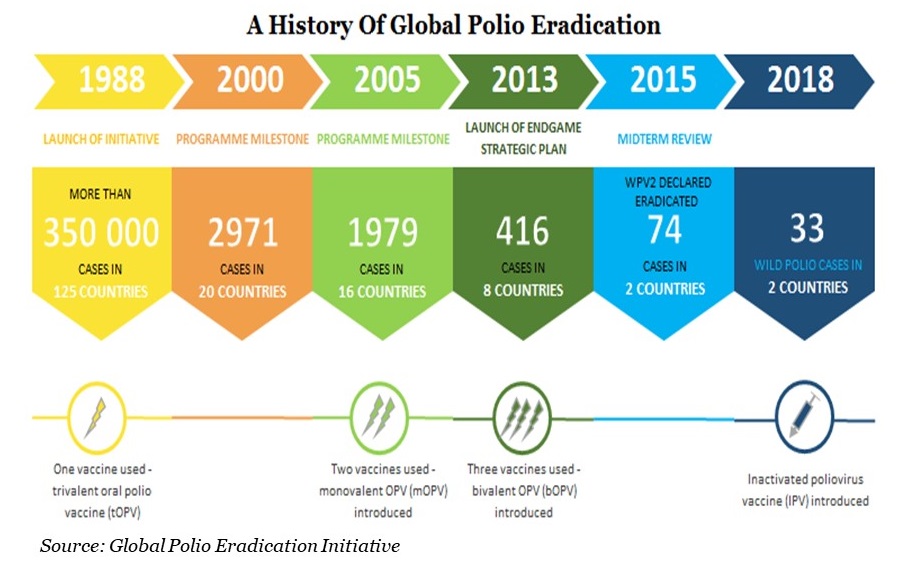 The market is anticipated to record robust CAGR throughout the forecast period, i.e. 2019-2027. The global polio vaccine market is segmented by product type into inactivated poliovirus vaccine (IPV) and oral poliovirus vaccine (OPV), out of which, the oral poliovirus vaccine is anticipated to hold largest market share on account of growing utilization of the vaccine by various nations. The price of OPV as compared to IPV is very much less owing to the chemical composition of the vaccine, resulting in higher affordability and increasing purchase by lower and middle income economies. The WHO stated in one of its reports that purchase of OPV as per total annual dosage peaked 1,720,098,395 numbers from 11,489,000 numbers in-between 2013 and 2017. 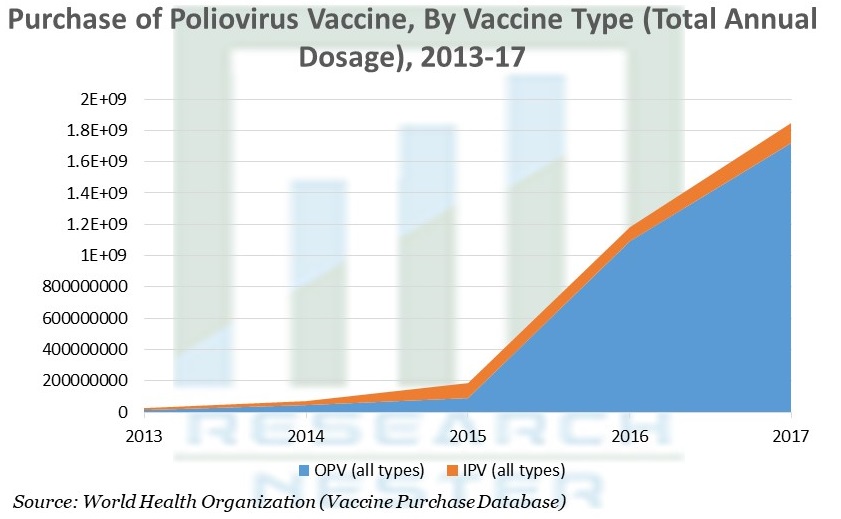 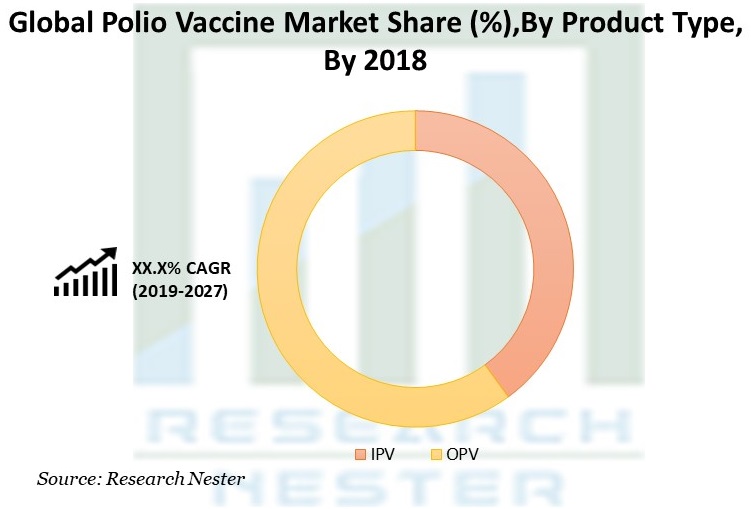 Rising Awareness For Vaccination Against Poliomyelitis

Sudden outbreak of poliovirus disease in various countries is inducing the government of those nations as well as numerous world level organizations, such as World Health Organization (WHO) and The United Nations Children’s Fund (UNICEF), to raise awareness amongst the citizens in regards to poliomyelitis virus and the required vaccination processes. Owing to the fear of getting affected by the virus, people around the globe are immunizing their children with the vaccination processes.

GPEI And The Lowering Funding Activities

The WHO and the UNICEF and all the member nations have developed an initiative known as the Global Polio Eradication Initiative (GPEI), to eradicate poliovirus diseases globally, which is anticipated to raise the demand for polio vaccines globally for consumption by governmental organizations. Furthermore, significant reduction in funding activities have been observed gradually for GPEI, which is increasing the competition amongst private players in the polio vaccine market to expand their market share, especially in higher income economies. Owing to such factors, the market of global polio vaccine is anticipated to grow rapidly throughout the forecast period.

Few nations which belong to the lower income group, such as Pakistan and others, considers vaccination unimportant. Despite of regular trial processes for immunization in such areas, spread rumors, political issues and other social factors, all sums up to increased challenges for the operation of vaccination process. The overall planned budgetary purchase of vaccines are affected which is also leading to lowering sales of pharmaceutical companies.

At times, vaccines gets contaminated owing to genetic mutation, which causes the vaccine virus change it form to virulent itself. Unknowingly, if a child is vaccinated with such contaminated vaccine, the virus multiplies itself which might later be posing as a mass threat. All of these factors are anticipated to act as a barrier to the growth of the global polio vaccine market during the forecast period.

Our in-depth analysis of the global polio vaccine market includes the following segments:

Asia-Pacific is expected to have largest market share on the back of rising consumption of polio vaccines in the region. Moreover, increasing population in the region is raising the demand for immunization towards poliovirus by vaccinating new child births. Additionally, the region is surrounded by nations with lower and middle income groups, which is anticipated to raise the demand for oral polio vaccines, owing to lower price and subsidized availability. All of these factors are expected to support the growth of the market in the region. According to WHO vaccines purchase report, annual dosage of South East Asia region grew from 100,000 numbers in 2014 to 1,099,141,085 numbers in 2017. 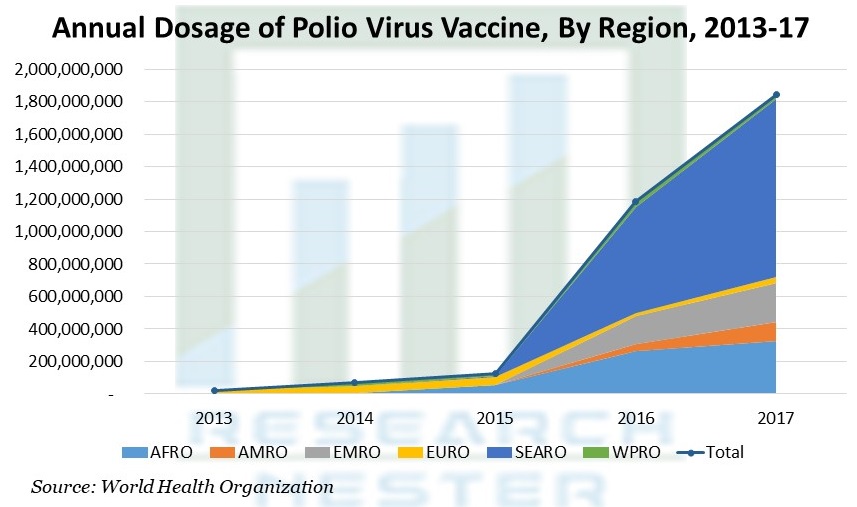 The global polio vaccine market is further classified on the basis of region as follows: