The global diverticulitis drugs market is anticipated to record a significant CAGR over the forecast period, i.e., 2021-2029. This growth can be attributed to the growing prevalence of obesity, rising old age population, and the inclination of youth towards an unhealthy lifestyle. Moreover, eating excessive red meat, and lack of fiber in diet can also lead to diverticulitis. According to a report by the World Health Organization, more than 2 billion people in the world do not have access to a balanced diet. In another report of the WHO, it is stated that around 1.9 billion adults were overweight and 650 million were obese, in the year 2016. In fact, at present, there are more overweight individuals than underweight, globally. This is estimated to elevate the prevalence of diverticulitis, which in turn, is estimated to boost the market growth. Additionally, factors such as government initiatives and support to treat the disease, rising demand for advanced treatment options, and growing market players offering newer products, are anticipated to drive the growth of the market over the coming years. CLICK TO DOWNLOAD SAMPLE REPORT 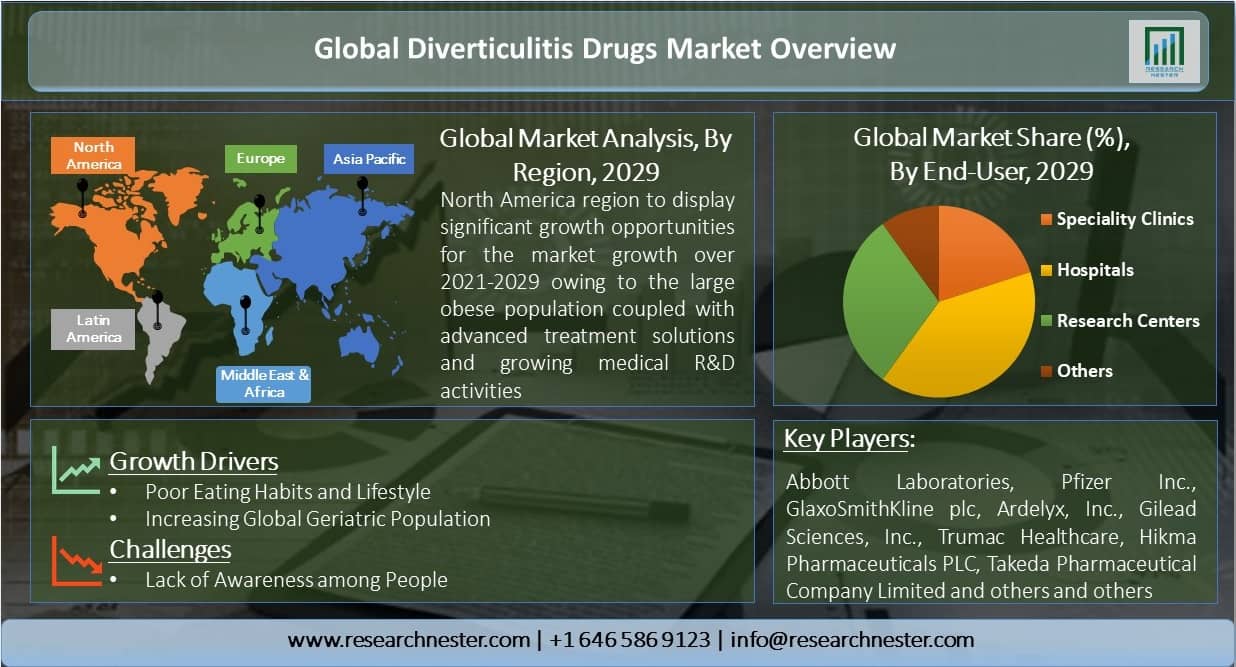 The global diverticulitis drugs market is segmented by end-user into specialty clinics, hospitals, research centers, and others. Among these, the hospitals segment is anticipated to hold the largest market share over the forecast period on the back of symptoms and complications associated with the disease. Its symptoms include cramps on the left side of the abdomen which goes away after passing gas or stool, abdominal pain, fever, diarrhea, bloating, bleeding from rectum, bright red blood in stool, and others, which often need immediate attention from medical staff. 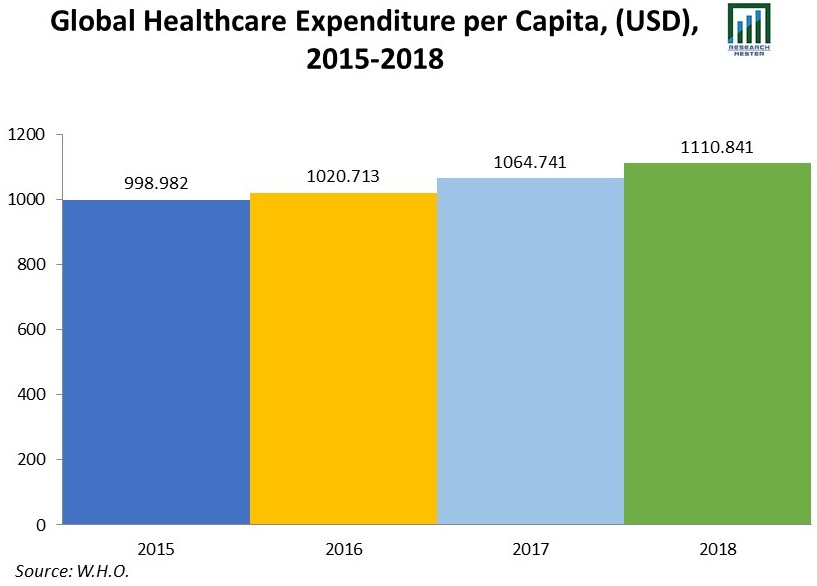 The market in the North America is anticipated to hold the largest market share over the forecast period on account of rising obese population, and availability of advanced treatment options. Additionally, the growing cases of various gastrointestinal diseases, including diverticulitis, is estimated to boost the market growth. According to the National Institute of Diabetes and Digestive and Kidney Diseases (NIDDK), in the United States, about 58% of the individuals above 60 years of age have diverticulosis and about 5% of people with diverticulosis tends to develop diverticulitis. According to another report by the NIDDK, around 200,000 individuals are hospitalized for diverticulitis each year in the United States.

The market in the Asia Pacific is anticipated to grow at the highest CAGR over the forecast period owing to the growing number of patients, rising awareness among the individuals regarding health, availability of new treatment methods, improvement in the standard of living, and rapidly improving health care infrastructure. 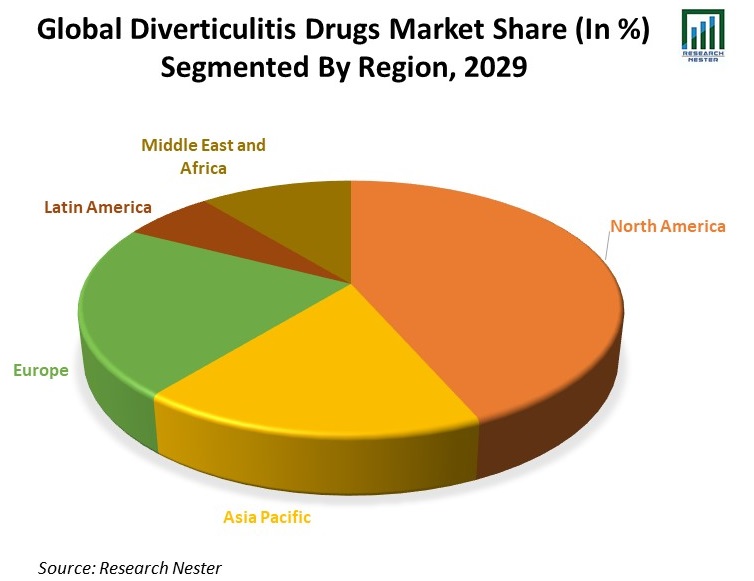 The global diverticulitis drugs market is further classified on the basis of region as follows:

Our in-depth analysis of the global diverticulitis drugs market includes the following segments:

What are the major factors driving the growth of the diverticulitis drugs market?

What would be the CAGR of diverticulitis drugs market over the forecast period?

What are the challenges affecting the diverticulitis drugs market growth?

Lack of awareness about the seriousness of this problem among people is the major factor estimated to hamper the market growth.

Which region will provide more business opportunities for growth of diverticulitis drugs market in future?

The market in North America will provide the highest growth opportunities for the market during the forecast period on the back of efficient healthcare sector and growing medical R&D activities.

Who are the major players dominating the diverticulitis drugs market?

What are the segments in the global diverticulitis drugs market?

The market is segmented by drug type, route of administration, distribution channel, end-user, and by region.

Which segment captures the largest market size in the end-user segment in the diverticulitis drugs market?

The hospital segment is anticipated to hold the largest market size during the forecast period on the back of various complications in this disease, which might require immediate attention.