The global concrete floor coatings market is estimated to garner a revenue of ~USD 2 billion by the end of 2033 by growing at a CAGR of ~6% over the forecast period, i.e., 2023 – 2033. Further, the market generated a revenue of ~USD 1 billion in the year 2022. The primary growth factor for concrete floor coatings is the rising construction industry across the world. According to a recent report, the construction industry in the United States generated approximately USD 2 trillion in revenue in 2019. 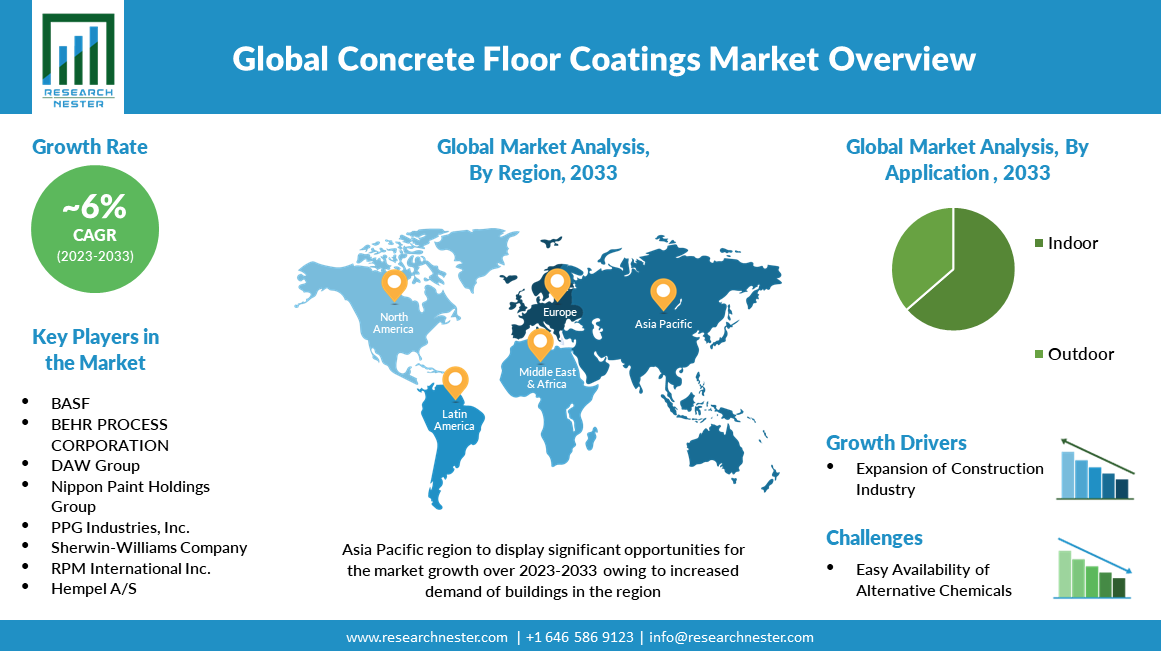 The concrete floor coatings market is segmented and analyzed for demand and supply by end use into residential, commercial, and industrial. Out of these, the residential segment is expected to garner the highest market share by 2033, owing to increased number of residential buildings across the globe. As per estimations, in 2020, there were almost 100 million single-family homes in the U.S. Furthermore, there were around 5 million multifamily residential buildings in the same period. Another factor for the growth of the residential segment is expected to be increased demand from the burgeoning population. In 2020, it was calculated that 90% of the buildings in the U.S. were single-family homes, with approximately 200 billion square feet. 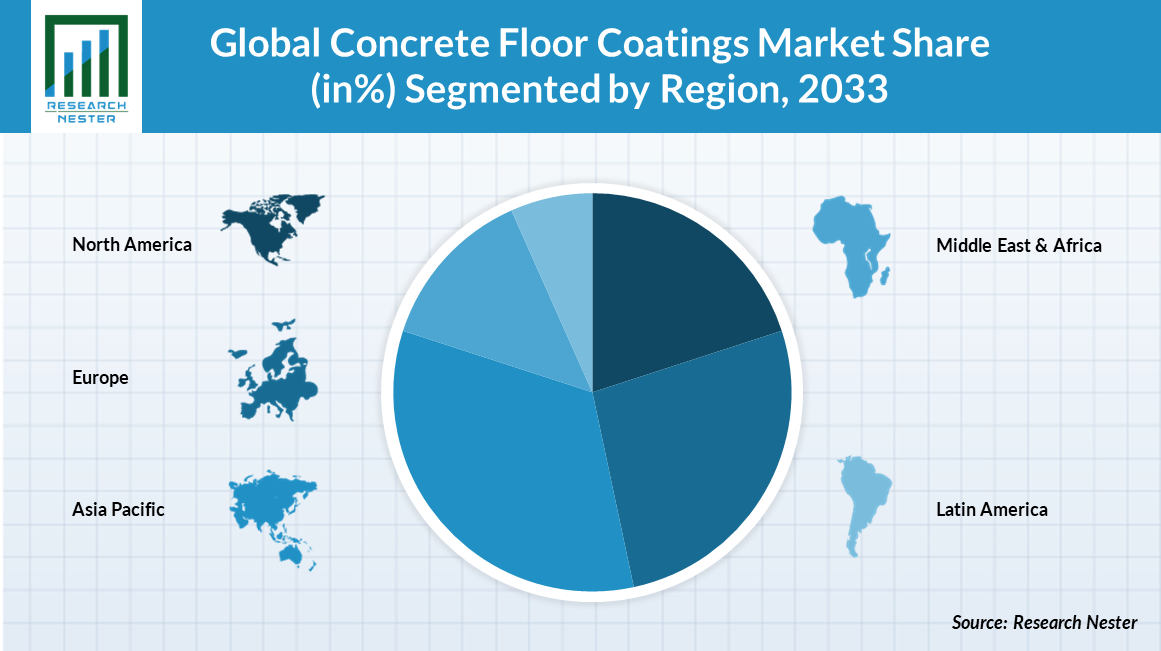 The global concrete floor coatings market is further classified on the basis of region as follows:

What are the major factors driving the growth of the concrete floor coatings market?

The expansion of construction industry along with the rise in the construction of buildings and infrastructure are some of the factors that are expected to propel the market growth.

What would be the CAGR of concrete floor coatings market over the forecast period?

What are the challenges affecting the concrete floor coatings market growth?

The availability of alternative chemicals along with stringent rules by the government and fluctuation in raw material are some of the factors that are expected to hamper the market growth.

Which region will provide more business opportunities for growth of concrete floor coatings market in future?

Who are the major players dominating the concrete floor coatings market?

What are the segments in the concrete floor coatings market?

The market is segmented by product, component, application, end user, and by region.

Which segment captures the largest market size in end use in the concrete floor coatings market?

The residential segment is anticipated to garner the largest market size by the end of 2033 and display significant growth opportunities.