Anti-viral drugs refer to the class of antimicrobials which are used specifically for the treatment of viral infections. Anti-viral drugs are formulated to treat HIV, hepatitis virus, influenza and herpes virus. These anti-viral drugs can be used only for specific disease.

Global anti-viral drug market is anticipated to flourish at a CAGR of 5.9% over the forecast period. Further, the market of anti-viral drugs accounted for USD 31.2 Billion in 2016 and is projected to garner USD 42.3 billion by the end of 2024. Rising prevalence of viral infections and diseases across the globe is expected to increase the demand for anti-viral drugs globally.

Our in-depth analysis has segmented global anti-viral drug market into the following segments: 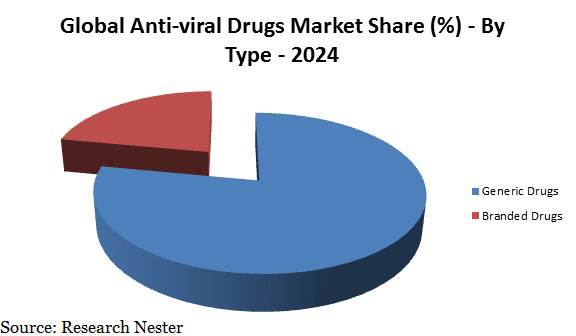 Global anti-viral drug market is further classified on the basis of region as follows: