The global typhus fever treatment market is estimated to grow at a moderate CAGR over the forecast period, i.e., 2022 – 2030. Typhus fever is caused by a bacteria found in mites, and bugs. When a mite carrying the bacteria bites someone, the bacteria can cause infection by entering the bloodstream. The growth of the market can be attributed to the increasing incidences of typhus fever across the globe, especially in low- and middle-income countries. The lack of sanitation facilities, personal hygiene, and housing overcrowding are the major causes for infection of typhus fever. The population of the world is increasing at a concerning rate, and housing this growing population is a major problem. According to the data by the World Bank, the global population reached 7.753 billion in 2020, which was 6.922 billion just a decade ago. 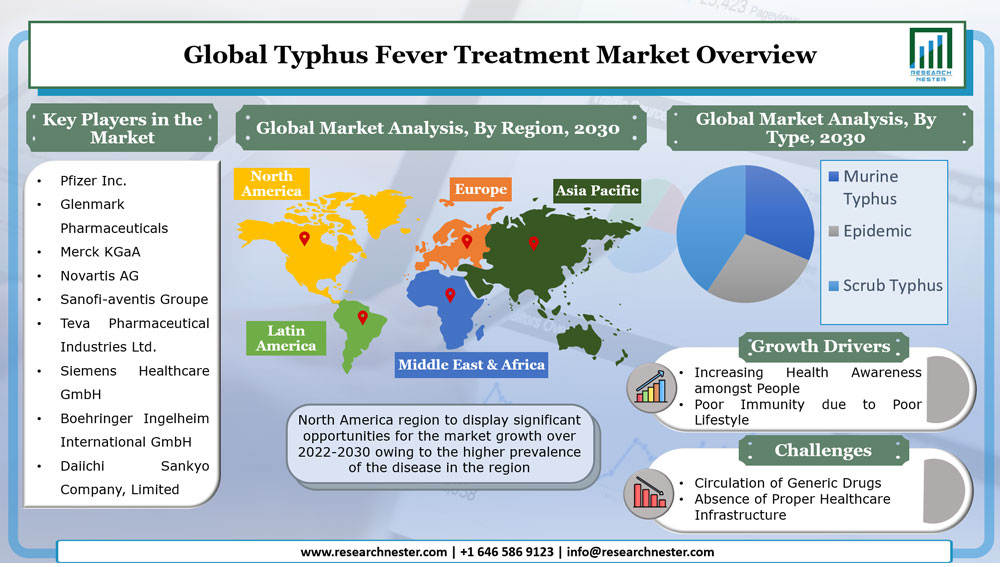 The lack of sanitation is another major factor responsible of the outbreaks of typhus fever, especially in under-developed countries. According to the data by the World Health Organization (WHO), 2 billion people globally do not have access to basic sanitation facilities, such as, toilets, and 673 million people still defecate in open. Moreover, housing overcrowding or people living in overcrowded conditions, is another major factor estimated to boost the market growth. As per the data by Organization for Economic Co-operation and Development (OECD), a household is considered as overcrowded if less than one room is available in each household for every couple, individual above 18 years, and a pair of children below 18 years. Mexico is one of the most overcrowded countries in the world, with 33.191% of the population living in overcrowded households. 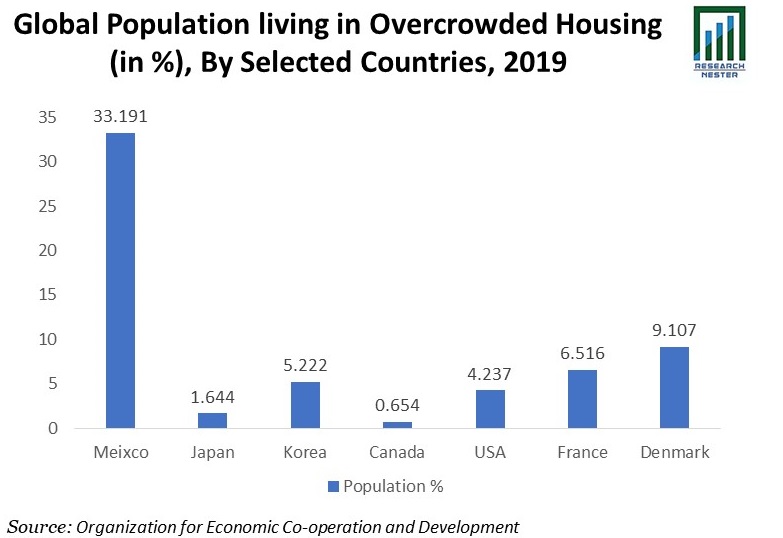 The market is segmented by type into murine typhus, epidemic, and scrub typhus, out of which, the scrub typhus segment is anticipated to hold the largest share in the global typhus fever treatment market over the forecast period on account of highest prevalence of this type of typhus across the world. Scrub typhus spreads faster than the other two type, which is estimated to boost the segment growth.

On the basis of geographical analysis, the global typhus fever treatment market is segmented into five major regions including North America, Europe, Asia Pacific, Latin America and Middle East & Africa region. The market in Latin America region is estimated to witness noteworthy growth over the forecast period on the back of lack of sanitation facilities, and overcrowding housing in low-income countries. The market in the Asia Pacific region is also projected to grow similarly over the forecast period, owing to the poor housing conditions, over-population, and lack of healthcare awareness. According to the statistics by the World Health Organization (WHO), around 827,000 people in low- and middle-income countries die due to inadequate sanitation.

The market in the North America region is anticipated to gain the largest market share throughout the forecast period owing to the increasing prevalence of typhus fever in the region, backed by growing cases of mite and bug infestation. 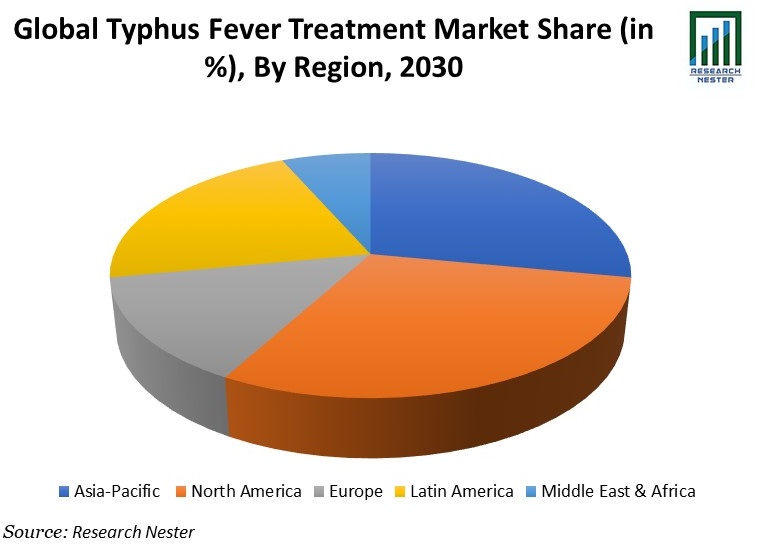 The global typhus fever treatment market is further classified on the basis of region as follows:

What are the major factors driving the growth of the typhus fever treatment market?

The increasing cases of typhus fever is estimated to boost the market growth.

What would be the CAGR of typhus fever treatment market over the forecast period?

What are the challenges affecting the typhus fever treatment market growth?

Which region will provide more business opportunities for growth of typhus fever treatment market in future?

Who are the major players dominating the typhus fever treatment market?

What are the segments in the typhus fever treatment market?

The market is segmented by type, treatment, medication, and by region.

Which segment captures the largest market size in medication segment in the typhus fever treatment market?

The doxycycline segment is anticipated to hold largest market over the forecast period and display significant growth opportunities.