Topological Quantum Computing Market Segmentation by Offering (System, and Service); by Deployment (On Premises, and Cloud Based); by Application (Optimization, Machine Learning, Simulation, and Others)– Global Demand Analysis and Opportunity Outlook 2030 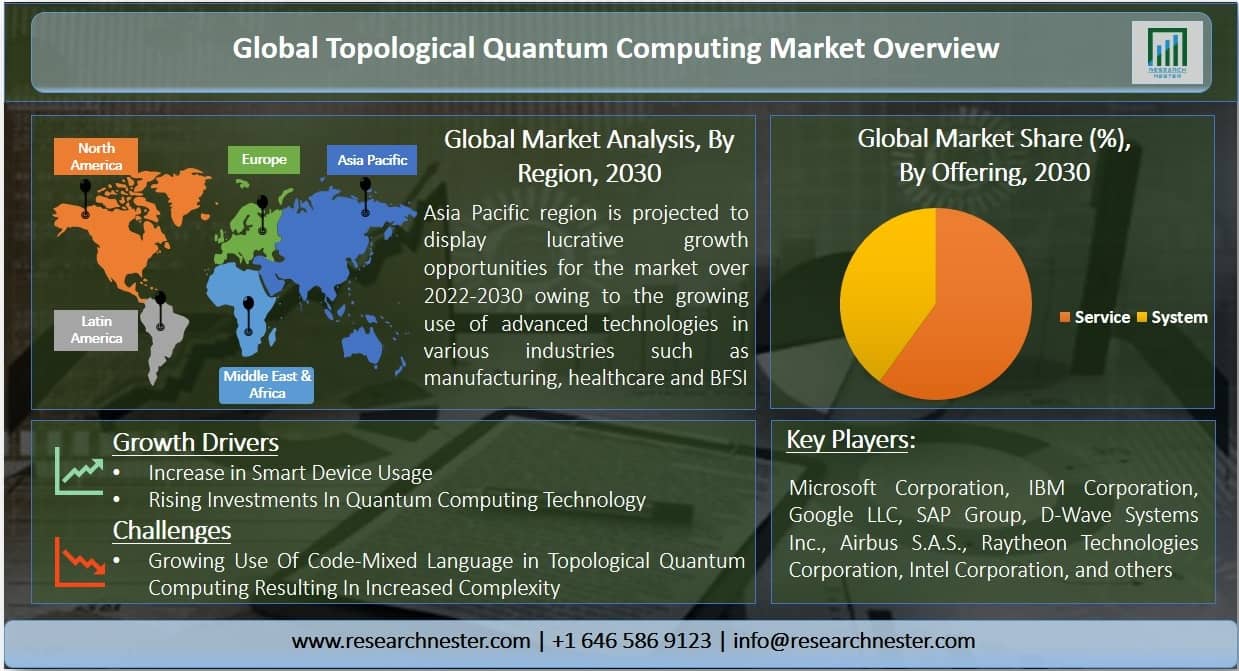 The market is segmented on the basis of offering into system and service, out of which, the service segment is anticipated to grab the largest market share, attributing to the increasing number of startups across the world which are investing in research and development activities related to topological quantum computing technology. Additionally, on the basis of deployment, the cloud-based segment is estimated to grab the largest market share over the forecast period owing to the increasing development of effective cloud systems, and rising demand for cloud-based deployment of quantum computing service. Along with this, the flexibility of access offered by cloud is expected to be another factor fueling the growing adoption of cloud-based deployment of topological quantum computing systems and service in the coming years.

The never-ending growth in internet accessibility around the world along with numerous technological advancements comprising 5G, blockchain, cloud service, Internet of Things (IoT), and Artificial Intelligence (AI) among others have significantly boosted the economic growth in the last two decades. As of April 2021, there were more than 4.5 billion users that were actively using the internet globally. Moreover, the growth in ICT sector has significantly contributed towards GDP growth, labour productivity, and R&D spending among other transformations of economies in different nations of the globe. Furthermore, the production of goods and service in the ICT sector is also contributing to the economic growth and development. As per the statistics in the United Nations Conference on Trade and Development’s database, the ICT good exports (% of total good exports) globally grew from 10.816 in 2015 to 11.536 in 2019. In 2019, these exports in Hong Kong SAR, China amounted to 56.65%, 25.23% in East Asia & Pacific, 26.50% in China, 25.77% in Korea, Rep., 8.74% in the United States, and 35.01% in Vietnam. These are some of the important factors that are boosting the growth of the market.

Geographically, the market is segmented into North America, Latin America, Europe, Asia Pacific, and the Middle East & Africa. The market in North America is predicted to grow at the highest CAGR over the forecast period ascribing to the growing number of strategic collaborations among companies for the advancement of topological quantum computing technology and the strong presence of major players in the region. Moreover, the market in APAC is estimated to acquire the largest market share during the forecast period, which can be credited to the growing usage of advanced technologies in the pharmaceutical, banking and finance, and manufacturing sectors. Apart from these, countries such as China, Japan, and South Korea are the leading manufacturers of consumer electronics in Asia and there is a high requirement to resolve issues associated with optimization, simulation, and machine learning applications across the industry, which in turn is anticipated to boost market growth in this region. For instance, in 2018, China produced around 300 million computers, approximately 2 billion smartphones and 200 million televisions. 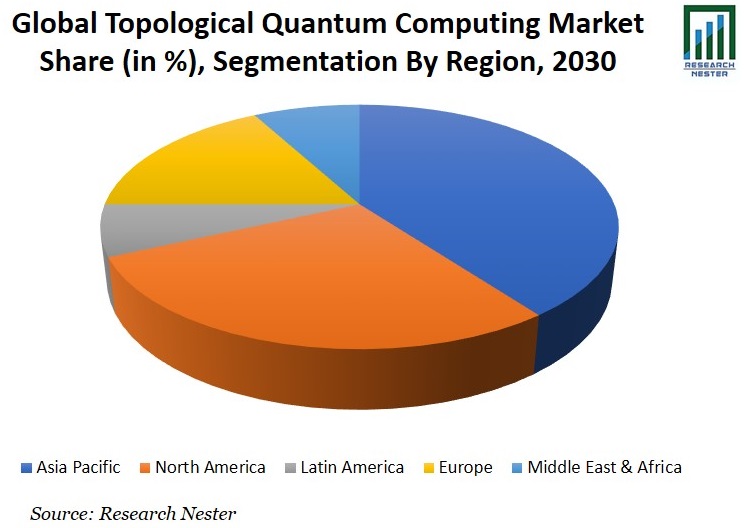 The global topological quantum computing market is further classified on the basis of region as follows:

1) What are the major factors driving the growth of the topological quantum computing market?

2) What would be the CAGR of topological quantum computing market over the forecast period?

3) What are the challenges affecting the topological quantum computing market growth?

4) Which region will provide more business opportunities for growth of topological quantum computing market in future?

Ans: The market in Asia Pacific will provide ample growth opportunities owing to the growing use of advanced technologies in the manufacturing sector in the region.

5) Who are the major players dominating the topological quantum computing market?

7) What are the segments in the topological quantum computing market?

Ans: The market is segmented by offering, deployment, application, and by region.

8) Which segment under the offering segment captures the largest market size in the topological quantum computing market?

Ans: With respect to offering, the service segment is anticipated to hold the largest market share owing to the increasing number of startups across the globe that are investing in research and development activities associated with topological quantum computing technology.