Europe region accounted for second position in overall SOANR system market in 2016. U.K. and Germany are expected to contribute significantly to the growth of the SOANR system market on the account of the presence of the major manufacturers of SONAR system in the region. Asia Pacific is projected to grow at highest CAGR over the forecast period 2017-2024. This growing can be attributed to the rising installation of SONAR system in defense ships and submarines in the region. China and India are expected to be the major contributor to the growth of the SONAR system market owing to the wide scale application of the SONAR system such as fisheries, defense and medical survey. Latin America and Middle East & Africa are projected to grow at a decent pace during the forecast period.CLICK TO DOWNLOAD FREE SAMPLE

Our in-depth analysis has segmented global SONAR system market into the following segments: 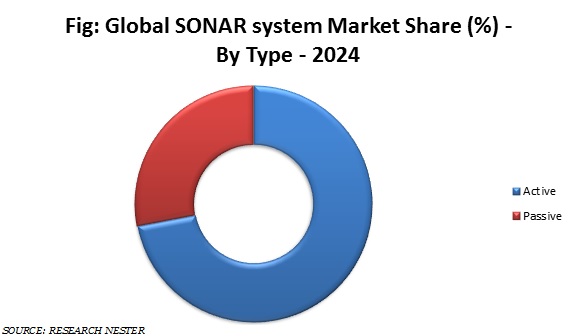 Global SONAR system market is further classified on the basis of region as follows:

In contrast, problems related with the complexity of data management are anticipated to dampen the growth of the global SONAR system market.

The global SONAR system market is segmented as follows: