Regionally, the global towed array sonar market is segmented into five major regions comprising North America, Asia-Pacific, Europe, Latin America, and Middle East & Africa. Among the market in these regions, the North America towed array sonar market held the highest market share in 2019, and in terms of value, the market garnered around USD 160 Million in the same year. The rise in demand for towed array sonar systems in this region can be attributed to advancements in defense operations, increasing focus on developing robust anti-submarine warfare (ASW) capability and fleet expansion initiatives, and high military spending for research and development activities. Moreover, the U.S. is estimated to have largest market for underwater surveillance systems and is involved in a massive number of exports and imports of towed array sonar systems. These are some of the major factors that are anticipated to boost the growth of the market in this region. 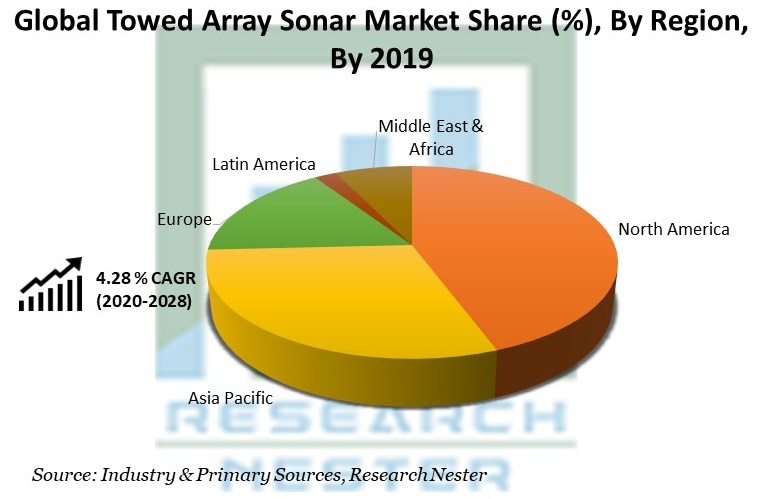 The global market is bifurcated on the basis of acoustic frequency into infrasonic and ultrasonic sonar. Among these segments, the ultrasonic sonar segment held highest market share in 2019 and is further estimated to grow with highest CAGR during the forecast period. Ultrasonic sonar systems are utilized in defense, commercial, and scientific applications. 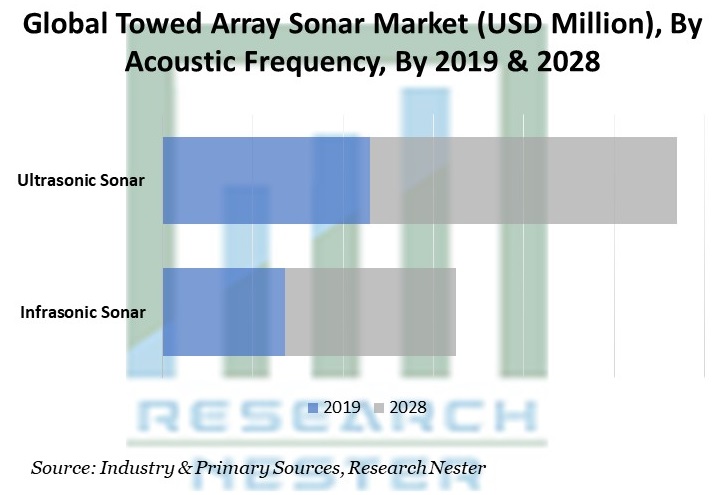 There is high demand for towed array sonar systems owing to increase in developments related to protection operations, and advancements in anti-submarine technologies among others. Additionally, major key players are investing significantly in research and development activities to hone the underwater security operations. For instance, to meet the demand for Canada’s underwater surveillance Ultra Electronics Maritime Systems signed a sub-contract with Lockheed Martin Canada in February 2019, which will not only boost operations of Royal Canadian Navy, but it will also create high-tech jobs in Nova Scotia.

There is notable demand for towed array sonar systems for seismic streamers for the offshore oil industry and fish detection by acoustic methods. With continuous developments, investments and partnerships across numerous parts of offshore energy sector, the global offshore energy sector is projected to witness robust growth in coming years. Along with that, the quantity of fish delivered at a global level is also estimated to grow at a robust pace. The year 2018 recorded a historical growth owing to high demand over supply resulting in expansion of fishery and aquaculture industry with significant production, consumption, and trade. The human consumption of fish from aquaculture is estimated to grow from 52% (av. 2016-18) to 58% in 2028 as mentioned in the OECD-FAO Agricultural Outlook 2019-2028. Therefore, the growth in these industries is estimated to boost the growth of the market during the forecast period. 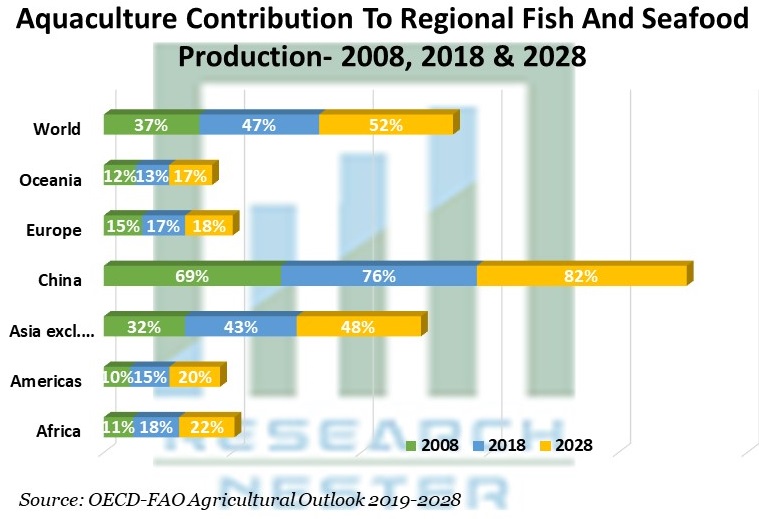 The seismic noise or utilization of sonar technology for underwater warfare and energy exploration is negatively affecting the marine life and often results in injury or death of most marine animals. This is estimated to act as barrier to the growth of the market.

Impact of COVID-19 on the Towed Array Sonar Market

The outbreak of coronavirus in late 2019, resulting in shutdowns and slowdown of businesses and production of electronic components, followed by logistical and supply chain constraints due to lockdowns has negatively impacted the market growth. However, companies are analyzing the impact and are focusing on long-term solutions that are estimated to boost the growth of their business, both during and post pandemic.

1) What are the major factors driving the growth of the towed array sonar market?

Ans: Advancements in naval border security and growing utilization of towed array sonar systems in oil and gas industry for seismic surveys are major growth indicators that are driving the growth of the market

2) What would be the CAGR of towed array sonar market over the forecast period?

5) Who are the major players dominating the towed array sonar market?

7) What are the major segments in the global towed array sonar market?

Ans: The market is majorly segmented by type, acoustic frequency, component, by end-use and by region.

Ans: The ultrasonic sonar segment is anticipated to hold largest market size and is estimated grow by highest CAGR over the forecast period and display significant growth opportunities.

Ans: The negative impact of sonar systems on surrounding marine life is estimated to hamper the market growth.