Ruthenium (Ru) is a silvery white and shiny transition metal obtained from ores. Ruthenium is solid in nature and is inert to maximum chemical components. It has useful properties such as corrosion resistance, catalyst properties, product synthesis, mixed to form alloys and many more. The material is also used to a wide range of applications in electronics and semiconductors, electrical sector, chemical industries, pharmaceutical industries and many more. Petrochemical sector are majorly using ruthenium to remove hydrogen sulfide for refining.

It is replacing mercury which gives more widespread application coupled with high application in chemical and other industries. Additionally, it is used in synthesis of organic chemical compounds driving the catalyst market of ruthenium. Moreover, high demand for microelectronic chip fabrication is driving the growth positively in electronics market.

The application of ruthenium is segmented into aerospace, chemical catalyst, electrical energy, radiotherapy and others, among which electrical energy is driving high growth owing to growing energy requirements across the globe and is expected to continue during the forecast period. Among the end user industries, the electronic industry and chemical industry are expected to observe high growth during the forecast period on account of high demand for electronic goods and high catalyst requirements respectively in these industries. Moreover, application of ruthenium in radiotherapy for eye tumors and aiding cancer treatment is also expected to project its demand in healthcare sector during the forecast period. 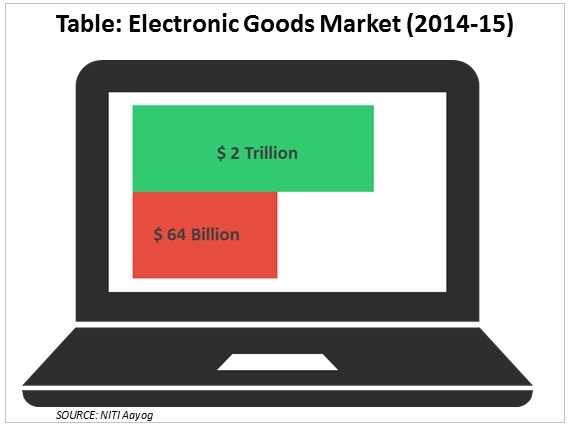 According to NITI Aayog, the global domestic electronic goods demand marked the market at USD 64 Billion and the world market recorded USD 2 Trillion in 2014-15 which is expected to drive the market for ruthenium to mark a high CAGR during the forecast period. 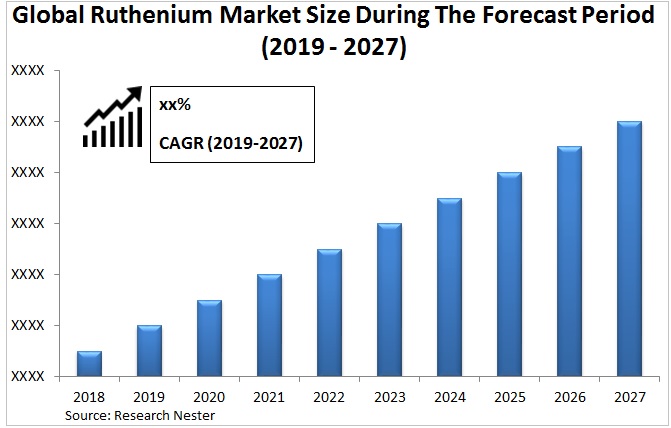 It is one of the rarest metals on the Earth’s crust which has very low extraction possibilities which in turn raises the price for ruthenium in the market, thus, expected to dampen the growth of market in the coming future.

North America is expected to dominate the Ruthenium market demand during the forecast period owing to the presence of ruthenium mines in Ural Mountains in Russia and in North America and Latin America. It is also obtained as a by-product of the nickel mining in the Sudbury Basin in Canada. It is found with platinum deposits. Additionally, electronics market is growing at a high rate in U.S. and other regions of North America which is expected to flourish the market demand for ruthenium at a high rate. Additionally, the petrochemical refining market is growing in this region at a high pace for fuel extraction which is driving the ruthenium market rapidly.

Latin America and Europe are expected to observe lucrative growth on account of ruthenium deposits along with high electronic goods application during the forecast period.

Global Ruthenium market is further classified on the basis of region as follows: