The market in the Asia Pacific is projected to witness the highest CAGR during the forecast period on the back of rising construction industries backed by factors, including, low cost of labour, developing infrastructure, close proximity to end markets, and significant growth in urban population. Furthermore, growing electronics industry is expected to raise the demand for recycled lead which is estimated to drive the market growth.

The market in North America is estimated to garner largest revenue during the forecast period on the back of the rising demand for electric vehicles which require lead batteries. Moreover, 80% of lead used in the U.S. is obtained from secondary lead. 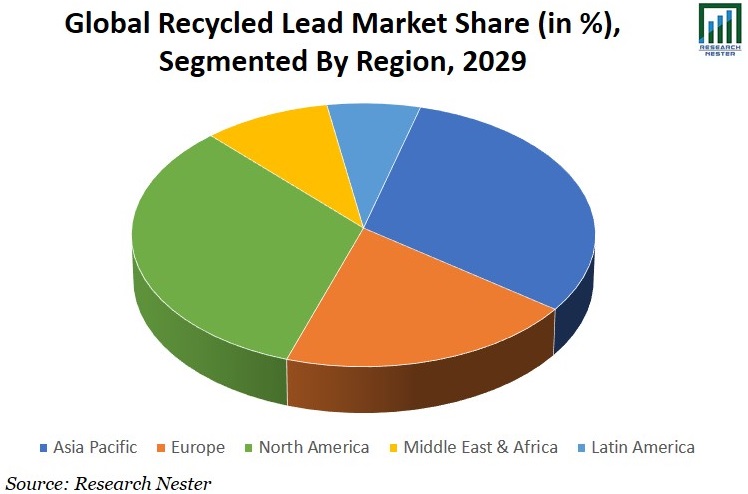 The global recycled lead market is further classified on the basis of region as follows:

Our in-depth analysis of the global recycled lead market includes the following segments: 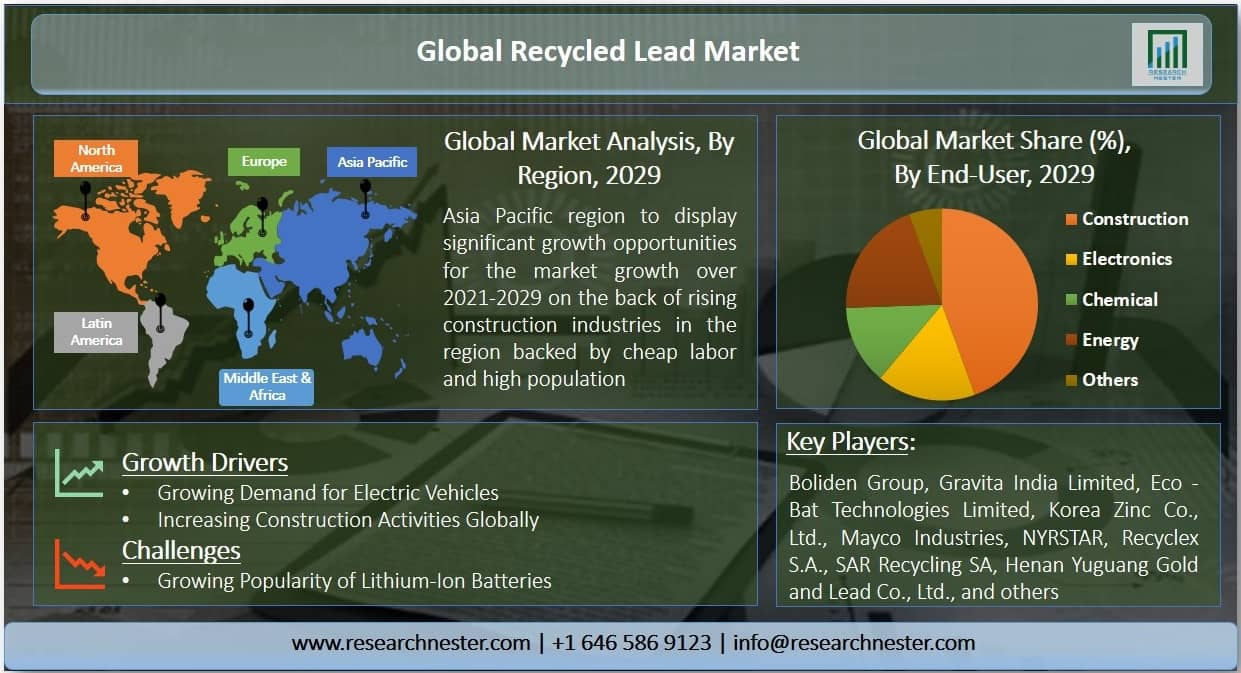 1) What are the major factors driving the growth of the recycled lead market?

2) What would be the CAGR of recycled lead market over the forecast period?

3) What are the challenges affecting the recycled lead market growth?

Ans: Growing demand for other types of batteries, such as, lithium-ion battery, is one of the factors estimated to hamper the market growth.

4) Which region will provide more business opportunities for growth of recycled lead market in future?

Ans: The market in North America is estimated to garner the largest market share owing to the large automotive industry manufacturing hybrid and electric vehicles, which require lead.

5) Who are the major players dominating the recycled lead market?

7) What are the segments in the recycled lead market?

Ans: The market is segmented by type, application, end-user industry, and by region.

8) Which sub-segment captures the largest market size in the end-user segment in the market?

Ans: The construction segment is anticipated to hold largest market share over the forecast period on the back of increasing demand for lead in roofing, plumbing, and other applications.