Optical Fiber Switch Market Segmentation by Technology (Mechanical, Liquid Crystal, Thermal Optical, Magneto, and Others); By Function (OOO, and OEO); by Number of Ports (up to 4, 4-16, 16-48, and 48 & above); by Port Speed (10Gbps, 25Gbps, 40Gbps, and Others); and by Application (Cloud Storage, Data Transmission, Cable Television, and Others) - Global Demand Analysis & Opportunity Outlook 2029

On the basis of application, the market is segmented into cloud storage, data transmission, cable television and others, out of which, the cloud storage segment holds the highest growth potential, which can be attributed to the growing prominence of cloud storage applications. Cloud storage devices usually are interconnected with fiber optical cables and hence require numerous fiber optical switches to link the inter-connected hardware. 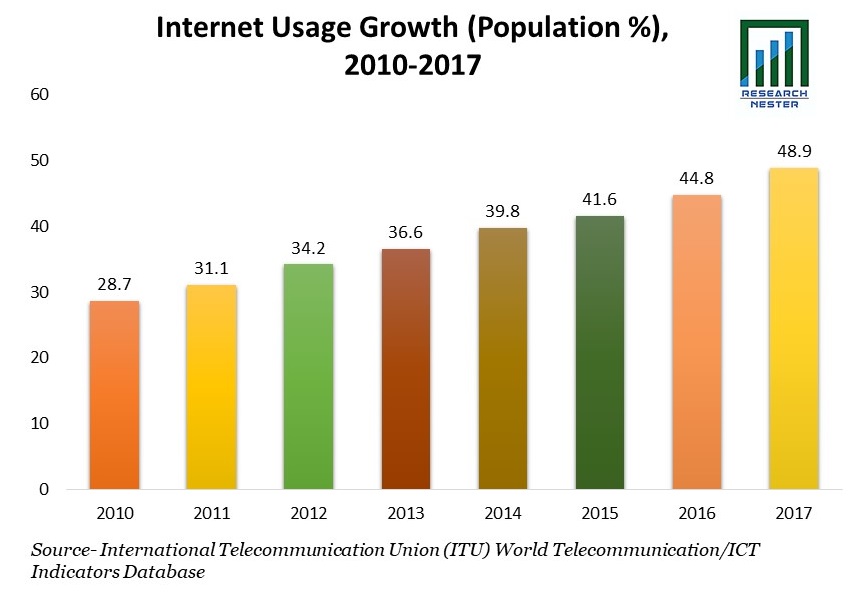 The North America market is anticipated to hold the highest market share by the end of 2029 primarily on the back of the highest data traffic in the region. According to the data by International Telecommunication Union (ITU), as of 2018, 88.50% of the total population in the North America was documented to use the internet paving way for future opportunities in the region.

Alternatively, the Asia Pacific market is estimated to be the highest growing market for optical fiber switch on the back of technological advancements, increased mobile cellular subscriptions and internet penetration, growing digitalization, and population growth. For instance, according to the data by International Telecommunication Union (ITU), Asia Pacific recorded over 4.5 billion mobile cellular subscriptions in 2019. 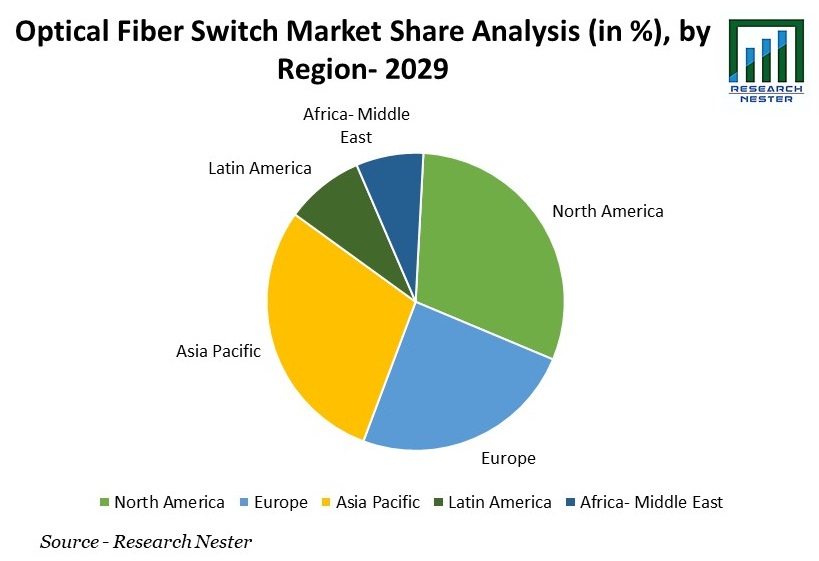 The global optical fiber switch market is further classified on the basis of region as follows:

Our in-depth analysis of the optical fiber switch market includes the following segments:

By Number of Ports 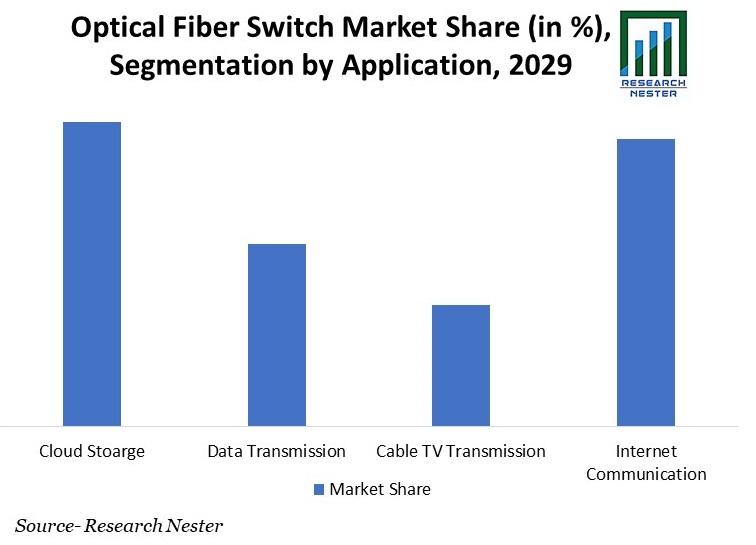 What are the major factors driving the growth of the optical fiber switch market?

Global shift towards digitalization and the increased internet penetration are the major factors accounting for the market growth.

What would be the CAGR of optical fiber switch market over the forecast period?

What are the challenges affecting the optical fiber switch market growth?

Who are the major players dominating the optical fiber switch market?

What are the segments in the optical fiber switch market?

The market is segmented by technology used, function, application and by region.

Which segment captures the largest market size in application segment in the optical fiber switch market?

The cloud storage segment is anticipated to hold the largest market size on the back of increasing internet usage and is estimated to grow at a significant CAGR over the forecast period and display significant growth opportunities.