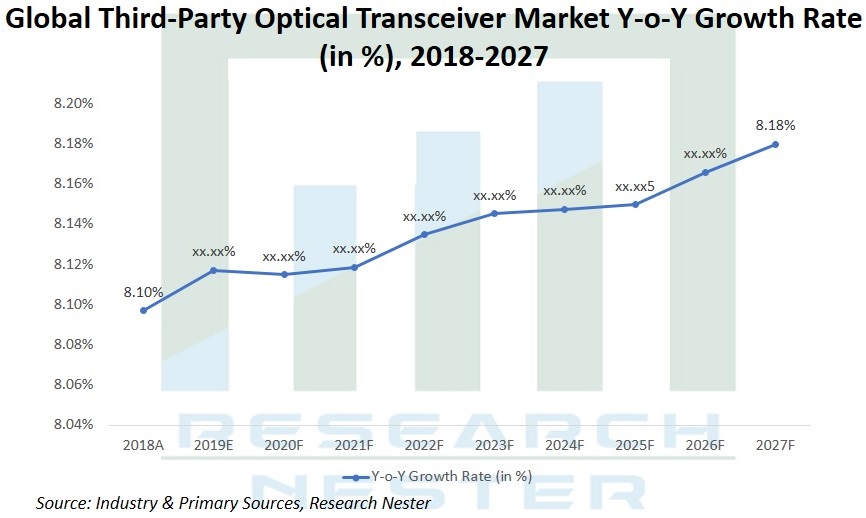 The global third-party optical transceiver market is segmented by regions into North America, Latin America, Europe, Asia-Pacific and Middle East and Africa. Among these regions, the market of North America third-party optical transceiver is anticipated to hold the largest market share of around 32.66% in the year 2027 on the back of upsurge in the demand for communication and channel networks, coupled with the increasing number of data centers in the region and the demand for advanced networks for fast data transfer. Moreover, Asia Pacific is anticipated to gain significant market share by achieving a CAGR of 9.7% over the forecast period. CLICK TO DOWNLOAD SAMPLE REPORT 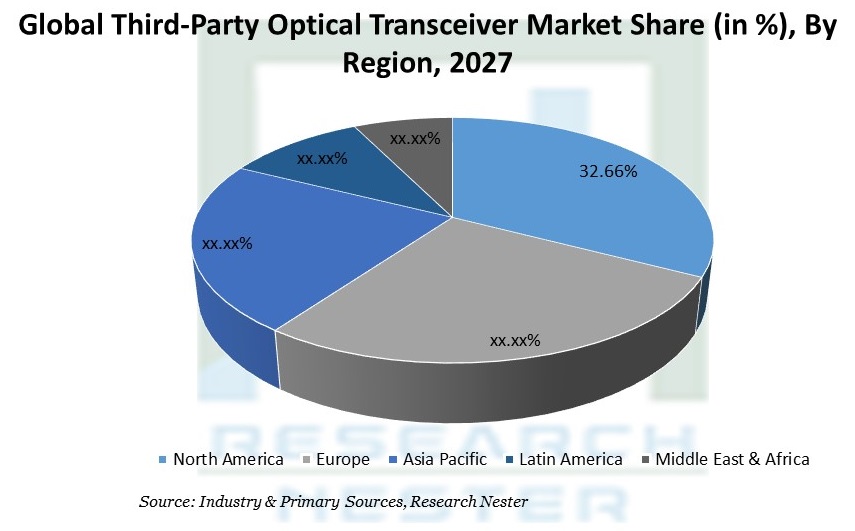 The global third-party optical transceiver market is segmented by type into SFP, XFP, QSFP, CFP and others, out of which, QSFP segment is anticipated to hold the largest market share of around 31.80% in the year 2027 by achieving a valuation of USD 431.1 million by 2027. QSFP or Quad Small Form-Factor Pluggable optical transceivers is used for fiber channel, ethernet and InfiniBand standards. The small size of the QSFP, which increases the port density, helps in efficient cost saving and is majorly used for connecting network, switches, servers and computers at a distance of 10kms. Additionally, the XFP or 10 Gigabit small form factor pluggable transceiver segment is anticipated to gain significant market share by achieving a CAGR of 9.5% during the forecast period. 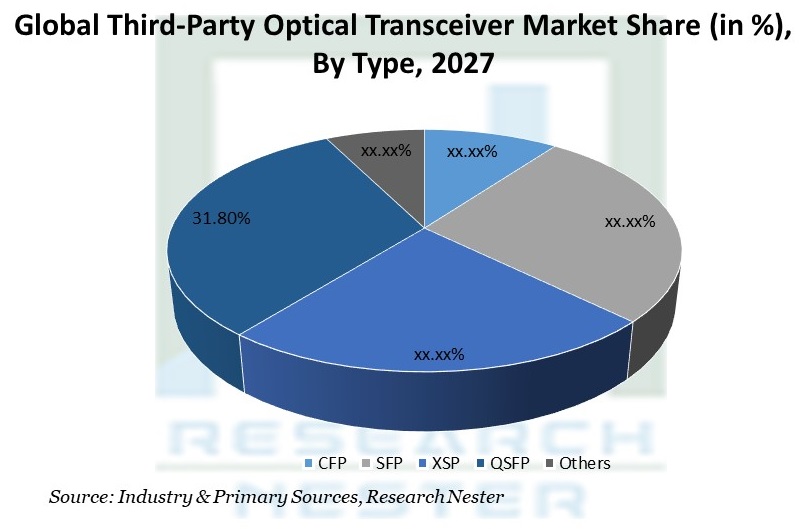 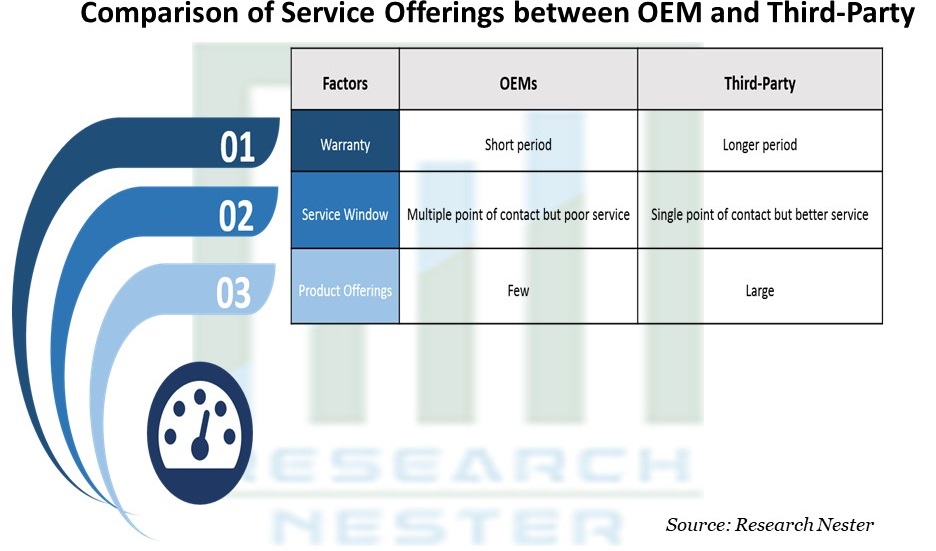 Lack Of Hardware Support From OEMs

Additionally, companies are also making various efforts in the expansion of their business of third-party optical transceivers to fulfill the market demand and stay ahead of competition.