The global onshore drilling fluids market is estimated to garner a revenue of ~USD 7 billion by the end of 2033 by growing at a CAGR of ~5% over the forecast period, i.e., 2023 – 2033. Further, the market generated a revenue of ~USD 4 billion in the year 2022. The primary growth of the onshore drilling market is primarily attributed to the rising expansion of oil & gas industry. The latest data suggests that oil and gas industry is one of the largest sector in the world in terms of revenue generation. In 2022, the global oil and gas industry generated around USD 2 trillion. 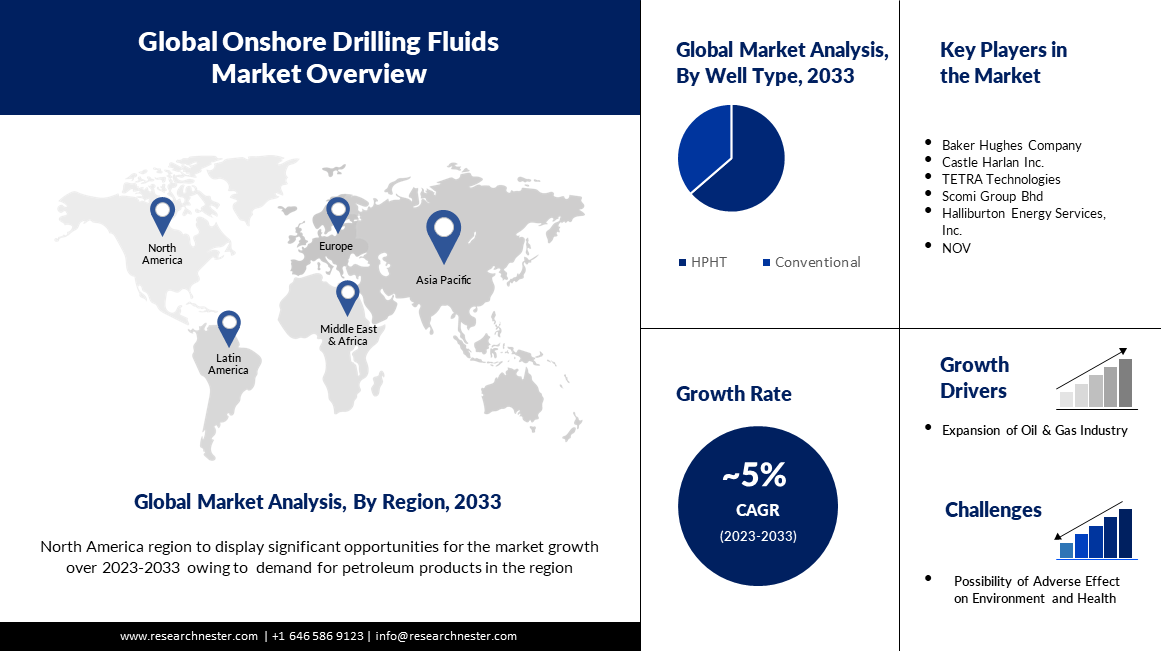 At a globe level, the demand for gasoline and fuels is rising in a steady pace. This is anticipated to increase the demand of onshore drilling processes. Thus, the huge population involved in the oil and gas industry is expected to increase the adoption rate of onshore drilling fluids. In the oil and natural gas industry of the United States, there are almost 10 million jobs which is contributing to at least 8% of the nation’s Gross Domestic Product (GDP) as per a report published in 2022.

Regionally, the global onshore drilling fluids market is studied into five major regions including North America, Europe, Asia Pacific, Latin America and Middle East & Africa region. Amongst these markets, the market in North America is projected to hold the largest market share by the end of 2033, owing to the large consumption of petroleum and petroleum products. As per U.S. Energy Information Administration revealed that in 2021, the United States consumed an average of about 19.89 million barrels of petroleum per day, or a total of about 7.26 billion barrels of petroleum. Also, the high demand of energy by American population is an another growth factor of the market in the region. In 2021, total U.S. primary energy consumption was equal to about 97,331,601,000,000,000 Btu, or about 97 quadrillion Btu, as stated by U.S. Energy Information Administration. 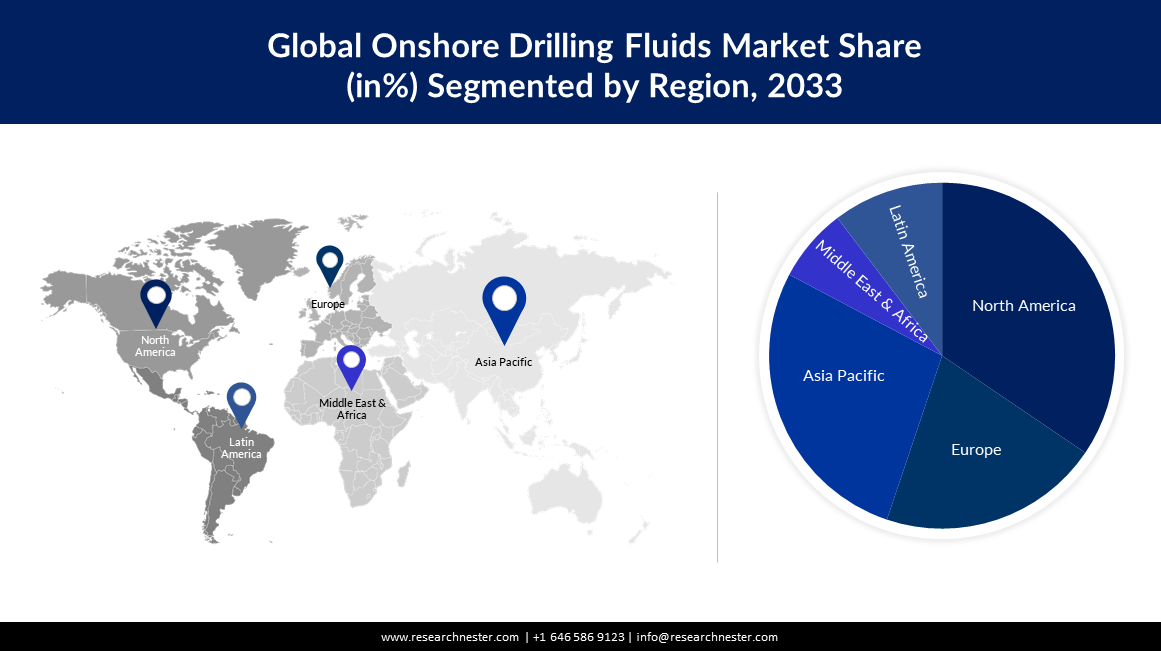 The global onshore drilling fluids market is further classified on the basis of region as follows:

What are the major factors driving the growth of the onshore-drilling-fluids market?

The expansion of oil and gas industry along with rising energy demands and petroleum products is expected to propel the market drive in the forecast period.

What would be the CAGR of onshore-drilling-fluids market over the forecast period?

What are the challenges affecting the onshore-drilling-fluids market growth?

The adverse effect on environment along with increased risks during the drilling processes and fluctuation in the price of crude oil and end products is expected to hamper the market growth.

Which region will provide more business opportunities for growth of onshore-drilling-fluids market in future?

Who are the major players dominating the onshore-drilling-fluids market?

What are the segments in the onshore drilling fluids market?

The market is segmented by product type, well type and by region.

Which segment captures the largest market size in product type in the onshore drilling fluids market?

The oil-based fluid is anticipated to garner the largest market size by the end of 2033 and display significant growth opportunities.