The global online microtransaction market is estimated to grow at a CAGR of ~10% over the forecast period, i.e., 2022 – 2030. The growth of the market can be attributed to the growing trend of online gaming amongst youngsters. Online microtransactions include the various in-game purchases, such as paid-features, game coins, premium levels and choices, and others. Although, the games are available for free, or so call “play-to-win” or “freemium” business model, the revenue of such games are dependent on the in-app purchases, also known as microtransactions. The growing enthusiasm for digital gaming globally is primarily anticipated to boost the market growth. Microtransactions are important to unlock premium functions and levels, especially under the play-to-win strategy, which is projected to fuel the growth of the market. Furthermore, the COVID-19 pandemic has surged the demand for online games amongst the population, which is further estimated to propel the market growth. 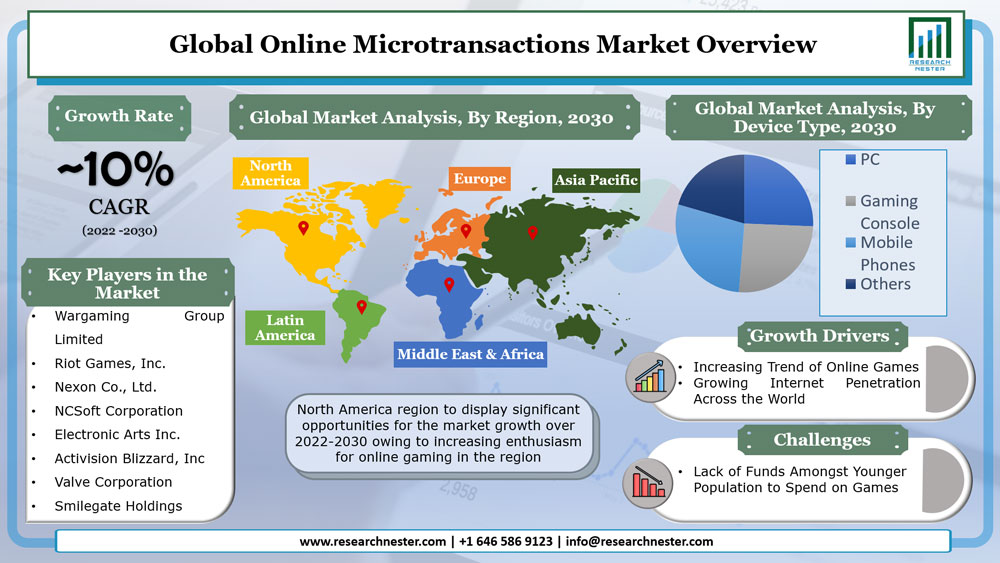 Moreover, increasing penetration of internet and adoption of cellular phones, are further anticipated to boost the growth of the market. According to the data by the World Bank, in 2019, 56.727% of the total global population has access to internet. 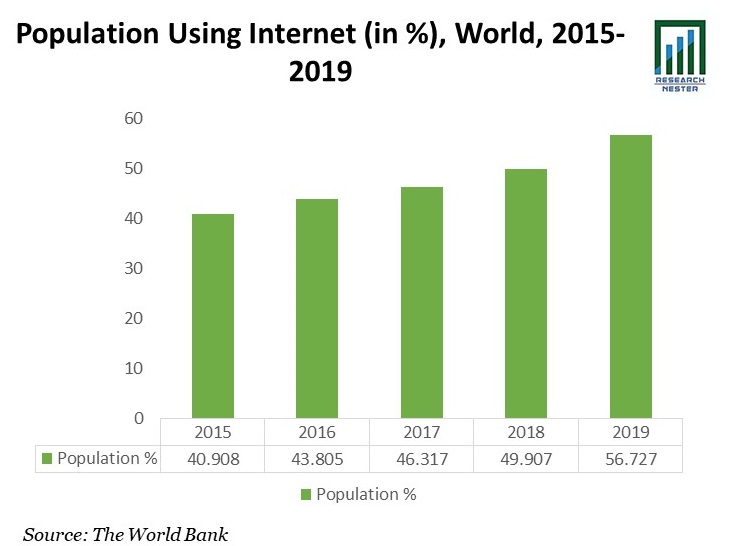 The market is segmented by type into in-game currencies, in-game items, expiration, random purchases, and others, out of which, the in-game items segment is anticipated to hold the notable share in the global online microtransaction market over the forecast period. This can be attributed to the rising passion and keenness regarding the games amongst the players, which makes them want to purchase such items. Moreover, game developers make such items advantageous to the progress of the game, therefore, encouraging the segment growth.

On the basis of geographical analysis, the global online microtransaction market is segmented into five major regions including North America, Europe, Asia Pacific, Latin America and Middle East & Africa region. The market in Asia Pacific region is estimated to witness noteworthy growth over the forecast period on the back of rising demand for games, amongst the younger population, in countries, such as, Japan, South Korea, India, and Indonesia. For instance, according to a report by the World Bank, in India, 361,017,585 individuals were aged under 14 years in 2020. Moreover, increasing penetration of mobile and gaming consoles in the regional markets, is further expected to boost the market growth. The market in the North America region is anticipated to gain the largest market share throughout the forecast period owing to the increasing tech-savvy population in the region. 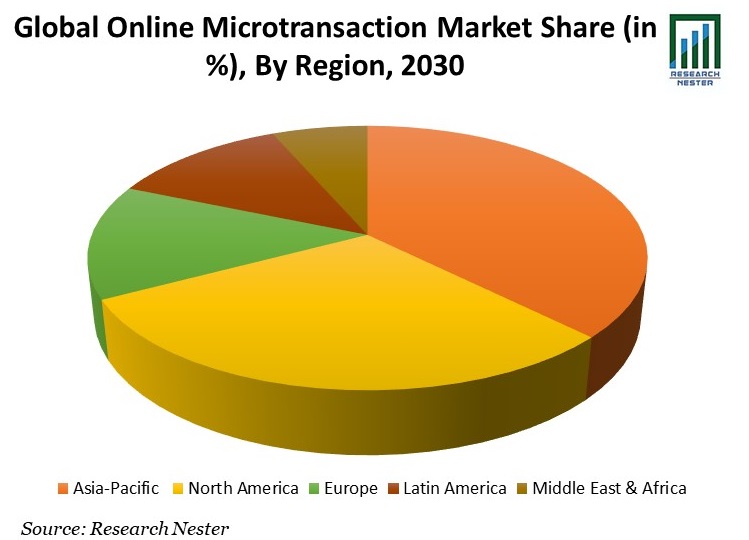 The global online microtransaction market is further classified on the basis of region as follows:

Our in-depth analysis of the global online microtransaction market includes the following segments:

What are the major factors driving the growth of the online microtransaction market?

The growing penetration of internet services and growing trend of gaming are estimated to boost the market growth.

What would be the CAGR of online microtransaction market over the forecast period?

What are the challenges affecting the online microtransaction market growth?

Lack of income and funds amongst the youngsters is estimated to hamper the market growth.

Which region will provide more business opportunities for growth of online microtransaction market in future?

The market in the North America region is estimated to provide most business opportunities over the forecast period, owing to the increasing enthusiasm for online gaming.

Who are the major players dominating the online microtransaction market?

What are the segments in the online microtransaction market?

The market is segmented by type, device type, and by region.

Which segment captures the largest market size in device type segment in the online microtransaction market?

The mobile phones segment is anticipated to hold largest market size over the forecast period and display significant growth opportunities.