The global oil country tubular goods (OCTG) market is estimated to garner a sizeable revenue by growing at ~7% CAGR over the forecast period, i.e., 2022–2030. The growth of the market can be attributed to the increasing demand for oil and gas, among other fossil fuels, backed by the ongoing industrial development and growing population. The global population crossed the mark of 7.674 billion in 2019, as per the report of the World Bank. The growing population requires more resources for survival, which leads to raised demand for energy sources. This is a major factor estimated to drive the market growth. Moreover, escalating investments from the oil and gas companies, along with rising exploration and production activities in the energy and power industry, is anticipated to boost the market growth. According to the U.S. Energy Information Administration (EIA) the global consumption of oil is estimated to be 92.2 million barrels per day of petroleum and other liquid fuels, in 2020. In addition to this, reduced oil services cost, combined with increased drilling activities across the globe, is projected to encourage the market growth. 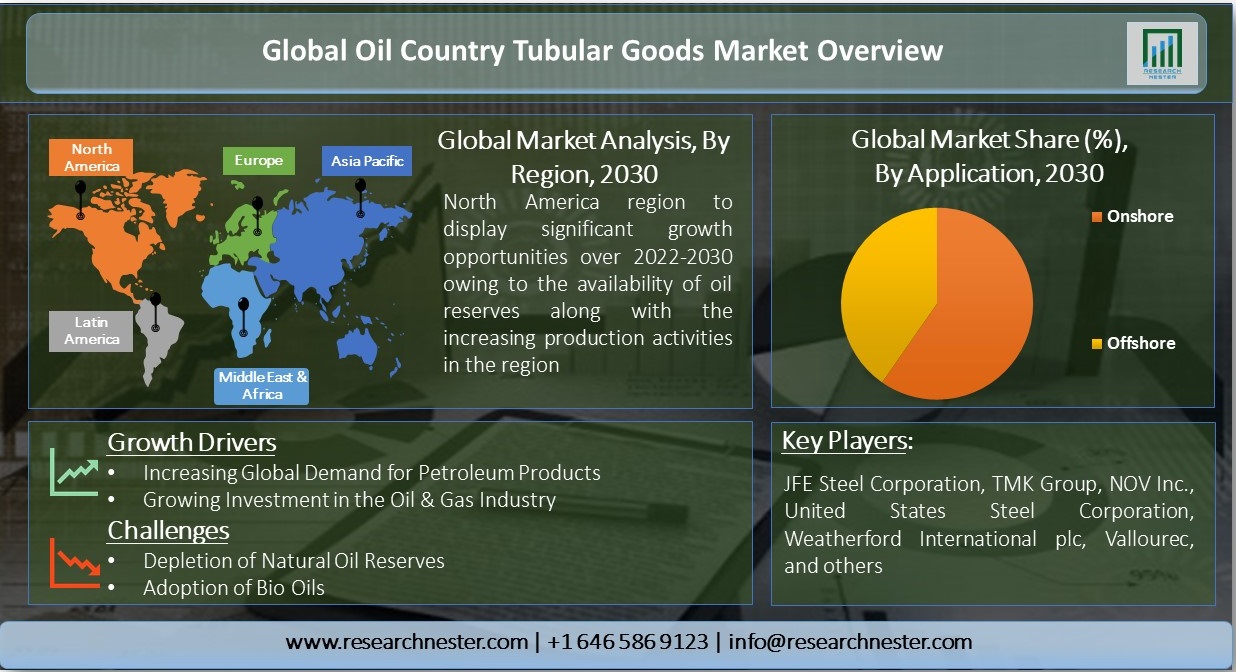 The global oil country tubular goods market is segmented by product into drill pipe, well casing, tubes, and others, out of which, the drill pipe segment is anticipated to hold a significant share in the market during the forecast period on account of increasing drilling activities across the globe. The global demand for crude oil is estimated to cross 100 million barrel per day, by the end of 2022, up from 92.2 million barrels in 2020. To meet this growing demand, the drilling process is expanding rapidly, which is estimated to boost the segment growth. On the basis of application, the market is divided into onshore and offshore, out of which, the onshore segment is anticipated to garner the largest share over the forecast period, owing to higher share of onshore oil wells as this method is easier and more convenient for operators. However, offshore segment is growing at a steady rate and is estimated to gain a significant share by the end of 2030. CLICK TO DOWNLOAD SAMPLE REPORT

Regionally, the global oil country tubular goods market is segmented into five major regions including North America, Europe, Asia Pacific, Latin America and Middle East & Africa region. The market in North America region is estimated to garner largest share over the forecast period on the back of high demand for crude oil, along with high production of petroleum products, backed by the presence of large number of oil reserves in Canada, and the US. Canada is the fourth largest producer and exporter of crude oil, with production of more than 4.5 million barrel per day in 2019. Moreover, according to the statistics by the EIA, the United States is the world’s largest consumer of petroleum liquids, accounting for 20% of the total global consumption in 2019. Along with this, US produced 12.8 million b/d petroleum by December 2019, and 116.8 billion cubic feet natural gas per day by the end of 2019.

The market in the Middle East and Africa region is estimated to witness notable growth over the forecast period, owing to the large number of oil reserves, increasing international trade of crude oil, along with investment from western countries. 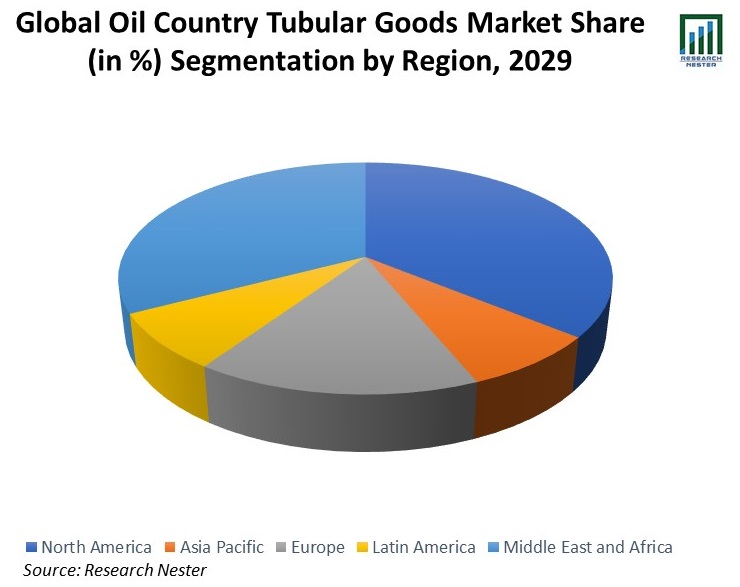 The global oil country tubular goods market is further classified on the basis of region as follows:

What are the major factors driving the growth of the oil country tubular goods market?

Growing demand for oil and gas, and increasing production activities in the energy and power industry are the major factors driving the market growth.

What would be the CAGR of oil country tubular goods market over the forecast period?

What are the challenges affecting the oil country tubular goods market growth?

Fluctuating costs of crude oil is one of the major factors estimated to hamper the market growth.

The market in the North America will provide the highest growth opportunities for the market during the forecast period on the back of large number of oil reserves, along with high production of petroleum and other fuels.

Who are the major players dominating the oil country tubular goods market?

What are the segments in the global oil country tubular goods market?

The market is segmented by product, grade, application, and by region.

Which segment captures the largest market size in the product segment in the oil country tubular goods market?

The drill pipes segment is anticipated to hold the largest market size over the forecast period owing to the increasing number of oil wells across the globe.