The global medical physics market is estimated to garner a revenue of ~USD 8 billion by the end of 2031 by growing at a CAGR of ~7% over the forecast period, i.e., 2022 – 2031. Further, the market generated a revenue of ~USD 4 billion in the year 2021. The market is estimated to grow on the back of increasing investments in research and development in the healthcare sector along with greater focus on improving human health. According to statistics, in 2020, the total investment in medical and health research and development (R&D) in the United States was approximately USD 243 billion. 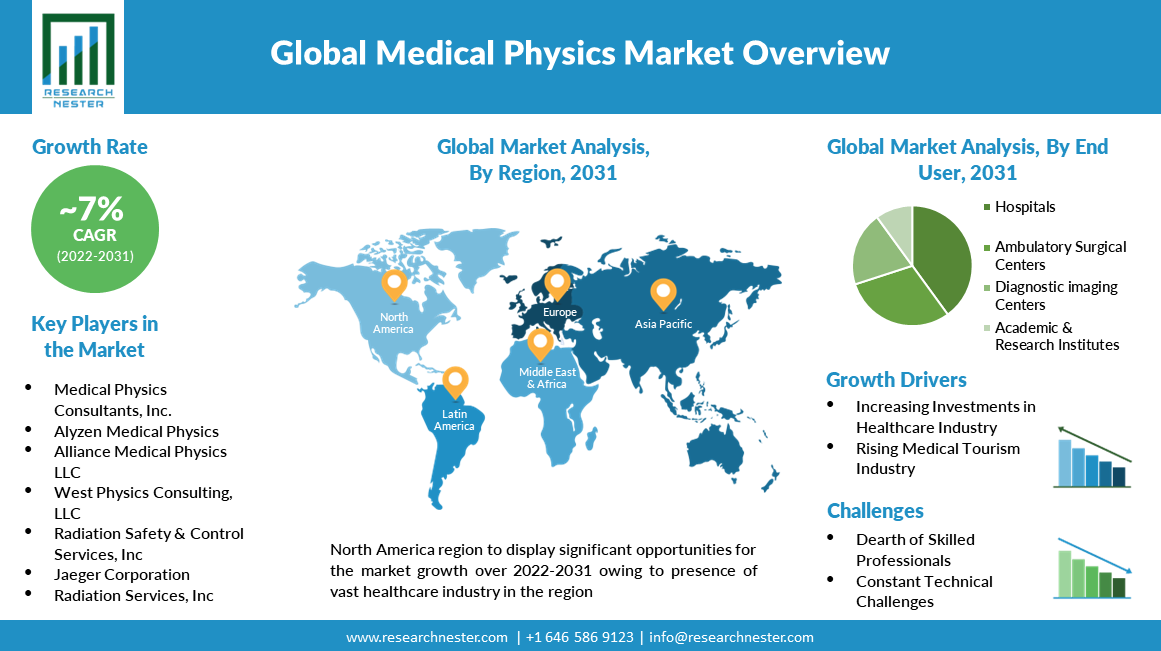 The global medical physics market is also estimated to witness growth on account of increasing prevalence of chronic diseases globally. In 2019, approximately 1,752,735 new cancer cases were diagnosed and approximately 599,589 citizens died of cancer in the United States, according to data from the Centers for Disease Control and Disease Prevention.  In addition, according to data from the World Health Organization (WHO), around 10 million people died of cancer in 2020, making cancer a leading cause of death globally. Moreover, the adoption of telemedicine in healthcare industry is also anticipated to contribute to the growth of the global medical physics market in the coming years.

The global medical physics market is segmented and analyzed for demand and supply by end user into hospitals, ambulatory surgical centers, diagnostic imaging centers and academic & research institutes. Out of these segments, the hospital segment is anticipated to garner the largest market share by the end of 2031, owing to the presence of increasing number of hospitals globally. As per data, there were around 6,000 hospitals in United States in 2020.  Further, increasing government support through various policies along with rising investment in the hospital industry is expected to boost the growth of this segment in the coming years.

Regionally, the global medical physics market is studied into five major regions including North America, Europe, Asia Pacific, Latin America and Middle East & Africa region. Out of these, the market in North America is projected to hold the largest market share by the end of 2031. This can be accredited to the presence of vast healthcare industry in the region. According to statistics, in 2020, the total health expenditure of the United States was approximately USD 3.5 trillion, which is projected to reach ~USD 6 trillion by the end of 2028. Moreover, the presence of leading medical physics service providers is also contributing to the growth of the market in this region.

Further, the market in Europe is estimated to gain significant growth during the forecast period, owing to the rising popularity of telemedicine in the region. Moreover, the market for medical physics is also anticipated to be driven by increasing investments in the healthcare industry. Hence such factors are expected to drive the growth of the global medical physics market in the region during the forecast period. 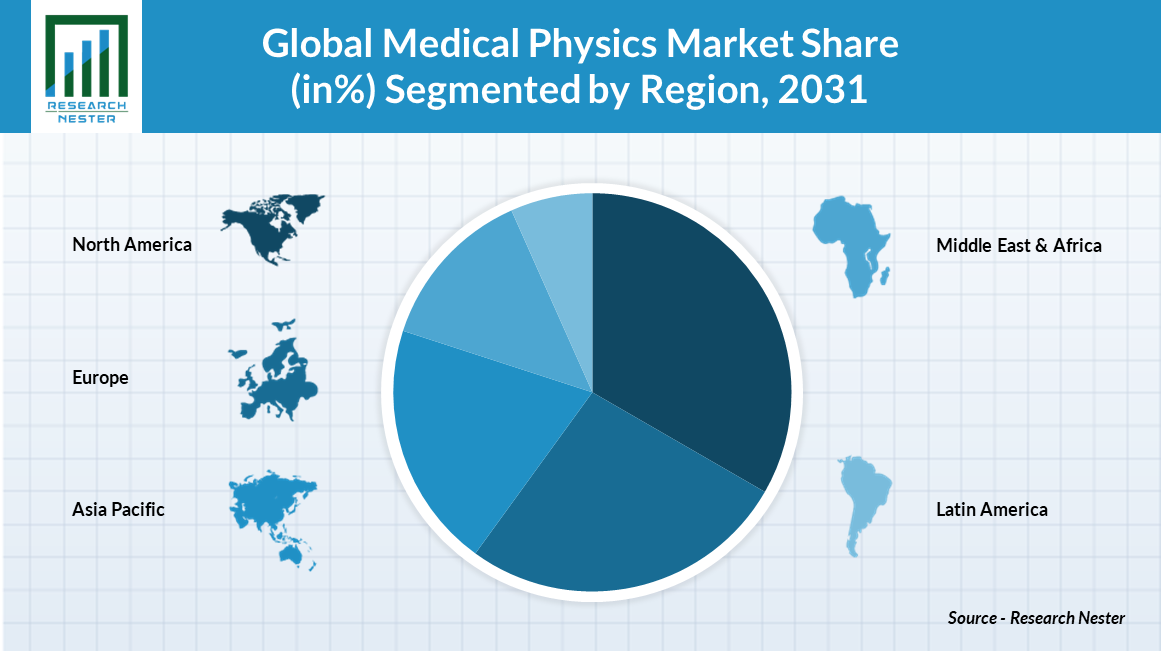 The global medical physics market is further classified on the basis of region as follows:

Our in-depth analysis of the global medical physics market includes the following segments:

What are the major factors driving the growth of the medical physics market?

Rising growth of medical tourism and increasing investments in research and development of healthcare industry are estimated to majorly boost the market growth.

What would be the CAGR of medical physics market over the forecast period?

What are the challenges affecting the medical physics market growth?

Dearth of skilled professionals is estimated to hamper the market growth.

Which region will provide more business opportunities for growth of medical physics market in future?

Who are the major players dominating the medical physics market?

What are the segments in the medical physics market?

The market is segmented by modality, service, end user and by region.

Which segment captures the largest market size in end user segment in the medical physics market?

The hospital segment is anticipated to garner the largest market size by the end of 2031 and display significant growth opportunities.