The global liquid packaging cartons market is estimated to garner robust revenue by the end of 2031 by growing at a CAGR of ~6% over the forecast period, i.e., 2022 – 2031. Further, the market generated remarkable revenue in the year 2021. The growth of the market can primarily be attributed to the rising consumption of liquid packaging cartons. For instance, more than 150,000 tons of liquid cardboard packaging were consumed solely in Germany while the utilization of these cartons is estimated to rise exponentially across the globe. 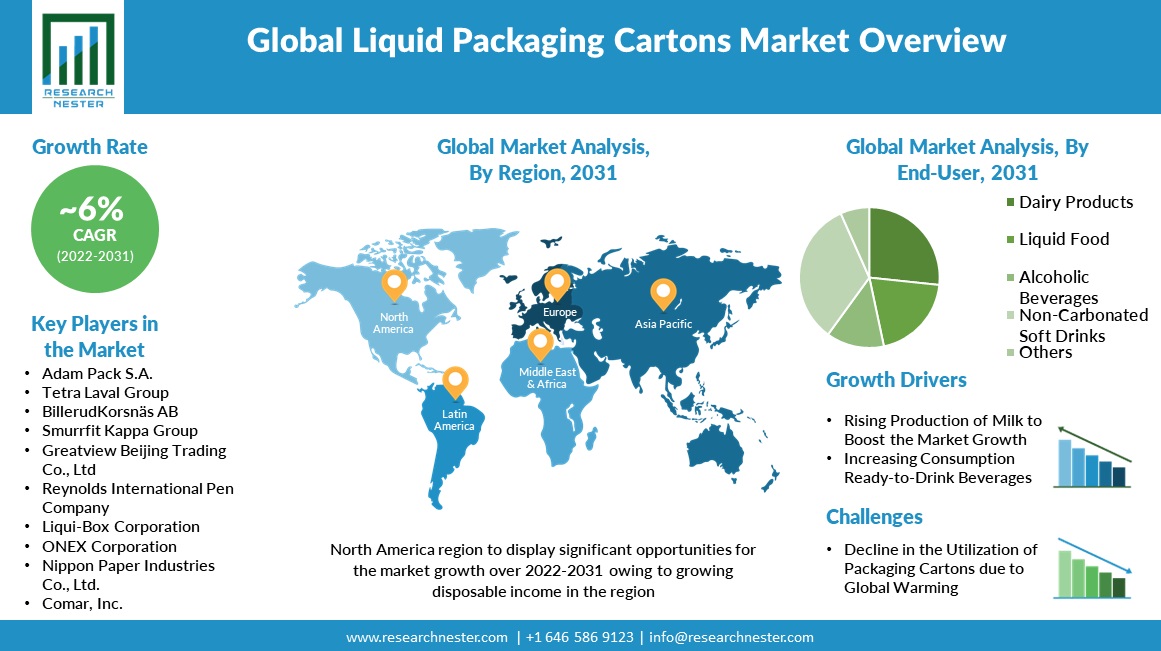 Liquid packaging cartons are also known as beverage cartons and are generally utilized for the storage and transportation of liquid products such as, milk, alcohol, beverage, and others. Liquid packaging cartons are further used to provide customized packaging in accordance with the requirements of manufacturers. Global liquid packaging cartons market trends such as convenience recycling and skyrocketing use in the of soft drinks packaging are further anticipated to influence the growth of the market positively over the forecast period. It is observed that about USD 0.50 trillion of revenue was generated by the soft drink segment in 2022 while the per person revenue of the segment was estimated to be approximately 100 U.S. dollars in a similar year.

The global liquid packaging cartons market is segmented and analyzed for demand and supply by end-user into dairy products, liquid food, alcoholic beverages, non-carbonated soft drinks, and others, out of which, the non-carbonated soft drinks segment is projected to witness noteworthy growth over the forecast period. The growth of the segment can be accounted to the higher utilization in the soft drinks industry. For instance, in 2022, the revenue generated by the soft drink segment was estimated to be around USD 3 billion.

Regionally, the global liquid packaging cartons market is studied into five major regions including North America, Europe, Asia Pacific, Latin America and Middle East & Africa region. Amongst these markets, the market in North America region is projected to hold the largest market share by the end of 2031. The growth of the market in the region is ascribed to growing disposable income. For instance, the disposable personal income in the USA hit around USD 15000 billion in 2021 which increased from approximately USD 14000 billion. Furthermore, the escalating consumption of ready-to-drink beverages and significant growth in the packaging industry is expected to hike the growth of the market over the forecast period. 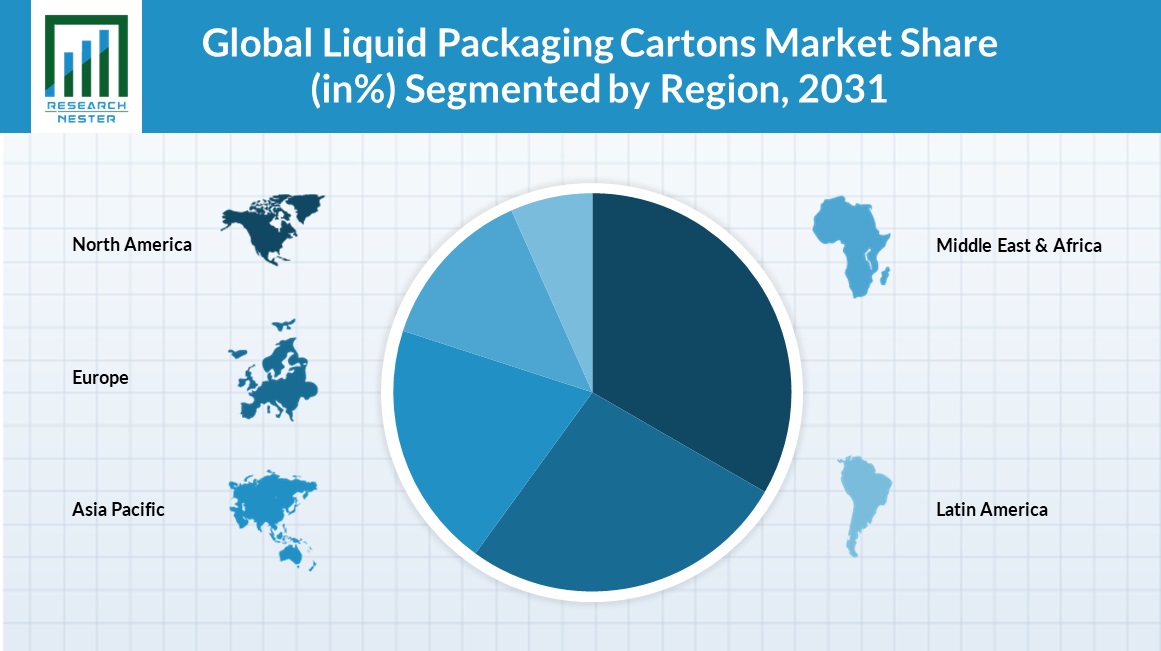 The global liquid packaging cartons market is further classified on the basis of region as follows:

What are the major factors driving the growth of the Liquid Packaging Carton market?

What would be the CAGR of Liquid Packaging Carton market over the forecast period?

What are the challenges affecting the Liquid Packaging Carton market growth?

A decline in the utilization of packaging cartons due to global warming is estimated to challenge the market growth.

Which region will provide more business opportunities for growth of Liquid Packaging Carton market in future?

Who are the major players dominating the Liquid Packaging Carton market?

What are the major segments in the liquid packaging carton market?

The market is segmented by carton type, durability, end-user, and by region.

Which segment captures the largest market size in end-user in the liquid packaging cartons market?

The non-carbonated soft drinks segment is anticipated to garner the largest market size by the end of 2031 and display significant growth opportunities.