Liquefied Natural Gas or LNG is referred to the liquid form of natural gas which has a predominant chemical composition of methane (CH4) and some mixture of ethane (C2H6). LNG is formed by cooling the natural gas. This is done for ease and safety of non-pressurized storage and transport of the natural gas. Liquid natural gas or LNG is colorless, odorless, non-toxic and non-corrosive in nature. A typical life cycle of the LNG includes pre-treatment of natural gas which is done to remove the impurities present, such as H2S, CO2, H2O and others. It is followed by the liquefaction process, which cools down the gas to its liquid form. This liquid form is then stored and transported further for delivery to end-users.

The development of basic physical and organizational structures for the production, operation, extraction and transportation of LNG is referred to the LNG infrastructure.

The global liquefied natural gas or LNG infrastructure market is thriving on the back of growing demand for clean fuel energy around the world coupled with the rising production of LNG and the need for the distribution of LNG as an energy source to end users around the globe. According to the International Energy Agency (IEA), total production of natural gas around the world increased from 126194778 Tera Joule (TJ) in the year 2010 to 147137783 Tera Joule (TJ) in the year 2017. 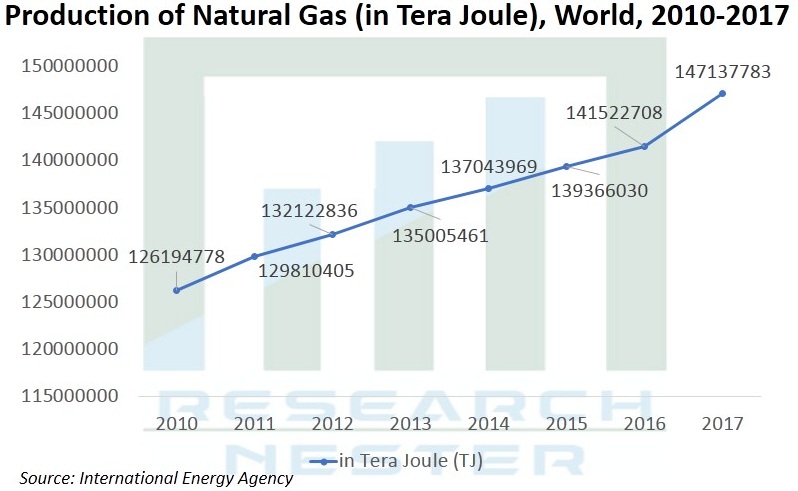 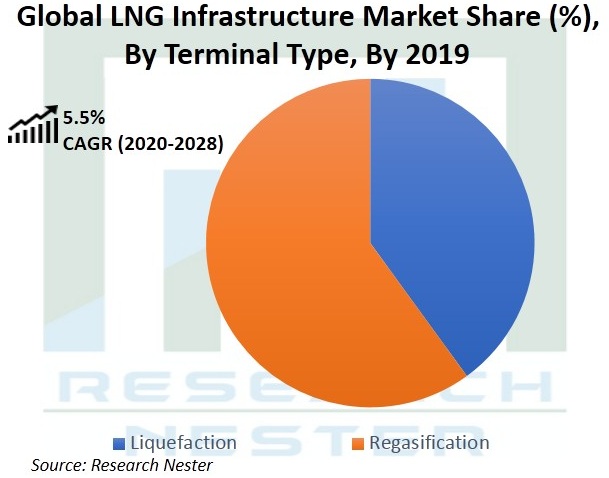 Growing Trade of LNG As An Energy Source 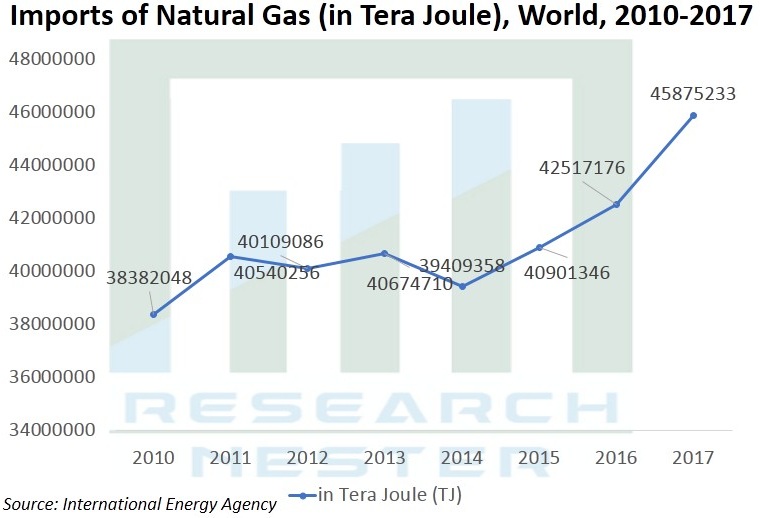 The trade for natural gas around the world has expanded rapidly over the years owing to the demand for natural gas from several nations around the globe along with the presence of several natural gas resources in countries globally. Demand for natural gas in several nations has raised the need for investments from LNG infrastructure companies to provide rapid and flexible import solutions, for instance floating storage and regasification units. Transformation in the demand for natural gas from local to regional and global markets, coupled with increasing competition and diversity among the suppliers and customers, and the investment decisions taken by companies during the previous decade is contributing towards the increasing trade for LNG around the globe, which is anticipated to drive the growth of the global LNG infrastructure market in the upcoming years.

Growing Number of LNG Projects Under Construction and Planned Start Up

According to other statistics by the IEA, as of Q3 2018, more than seventeen new LNG projects are planned and are under construction around the world. 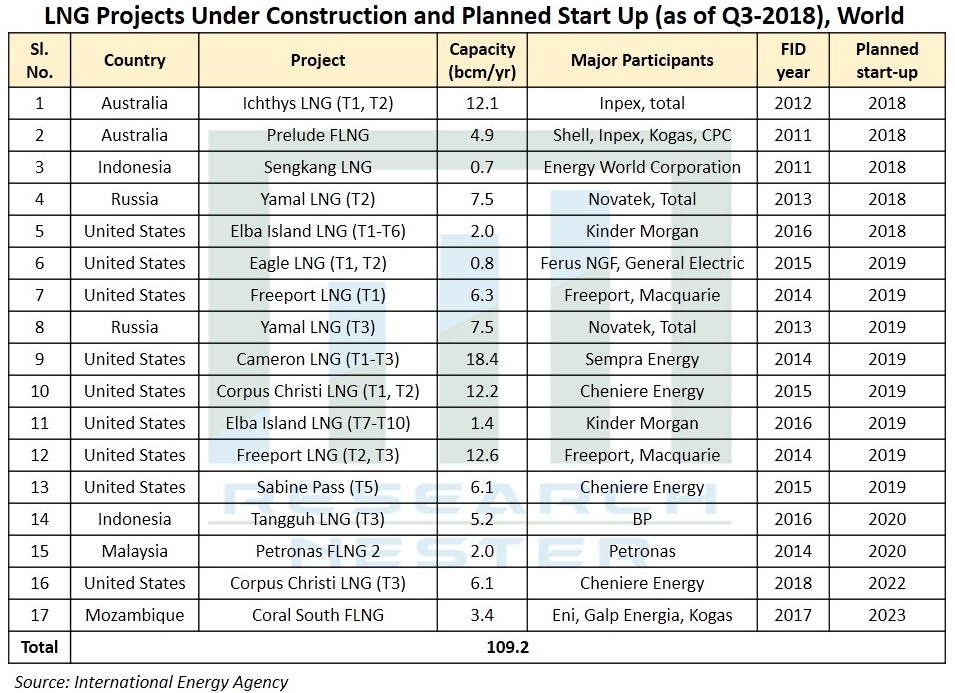 Several LNG producing companies around the world are increasingly investing on numerous new LNG projects which are under construction and are planned to come up in the near future. The increasing investments can be attributed to the lower initial investment costs and shorter installation periods required for the setting up floating storage and regasification units (FSRUs). As such, to meet the rising demand for LNG as an energy source, companies are increasingly investing to develop new plants for the production of LNG. Such a factor is anticipated to drive the growth of the global LNG infrastructure market.

Our in-depth analysis of the global LNG infrastructure market includes the following segments:

Asia Pacific is anticipated to hold the largest market share on the back of rising demand for LNG as an energy source from nations such as China, Japan, Korea, India and others, for the ambition of the nations to improve the air quality as well as to promote a clean and green environment.

The global LNG infrastructure market is further classified on the basis of region as follows: