The global optical coatings market is segmented by regions into North America, Latin America, Europe, Asia-Pacific and Middle East and Africa. Among these regions, the market of North America optical coatings is driven by U.S. and Canada, where U.S. held a dominant market share on the back of growing solar industry along with the presence of numerous medical equipment companies in the nation and increasing military spending of the government. Additionally, the North America region held a market share of around 37% during the year 2018 and is anticipated to attain a CAGR of 8.1% over the forecast period. 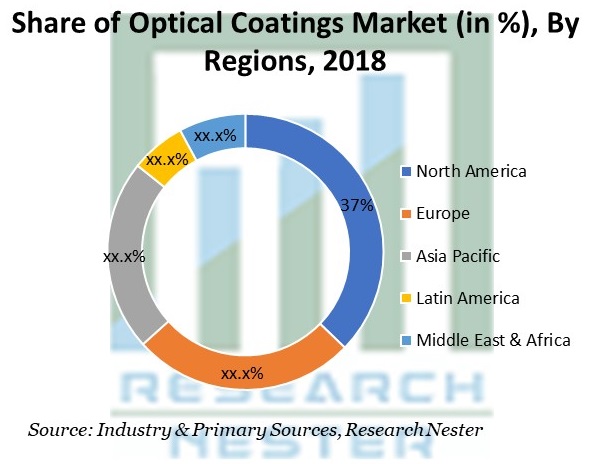 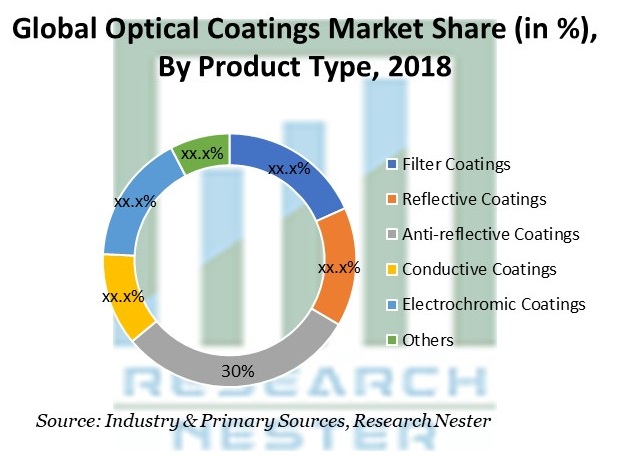 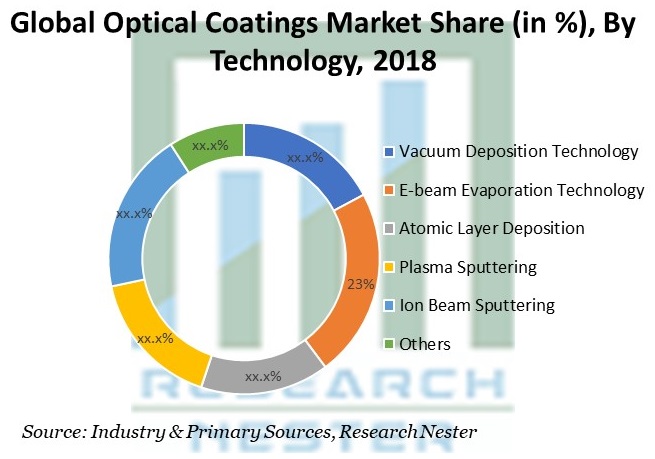 According to the statistics by the International Energy Agency (IEA), power generation from solar photovoltaic (PV) cells increased by more than 30% in the year 2018 as compared to its previous year. 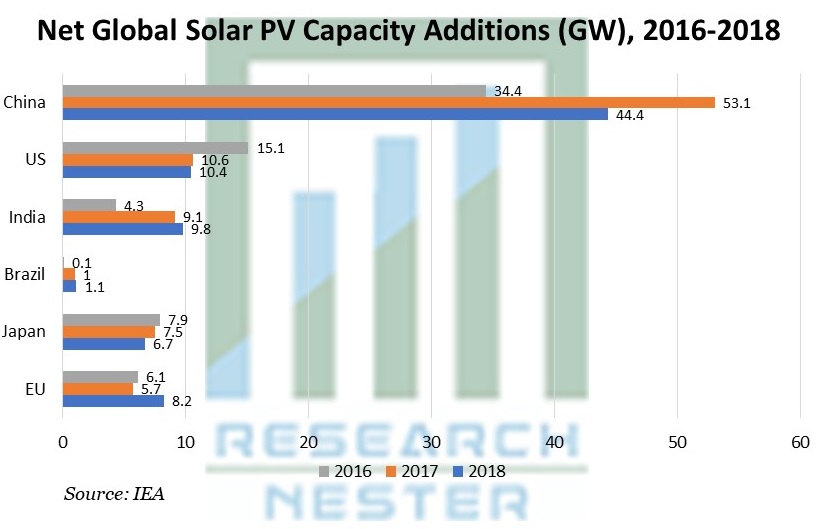 The need for alternative sources of energy, especially from renewable resources, such as solar, wind, and hydro among others amongst nations around the globe is increasing tremendously. Optical coatings, such as nano-scale optical coatings are used massively in solar panels as they enable the solar cells to absorb an increase amount of sunlight of nearly 20% as compared to the uncoated solar panels, and also help manufacturers of solar panels to lower their production cost. Additionally, increasing demand for optical coatings from end use industries, such as consumer electronics and healthcare is also anticipated to drive the growth of the global optical coatings market throughout the forecast period. Several equipment used in the healthcare industries require installation of electronic displays. These displays are deployed with optical coatings for improving the display viewing quality as it is very much critical for healthcare experts to observe and monitor the clinical and diagnostic reports.

What are the major factors driving the growth of the market?

Growing adoption of solar panels in nations worldwide is a major factor that is driving the growth of the market.

What would be the CAGR of Market over the forecast period?

Which region is currently holding dominating share in the market?

Which region will provide more business opportunities for growth of market in future?

Europe is anticipated to provide more business opportunities for the growth of the market in the future.

Who are the major players dominating in the market?

What are the major segments in the global optical coatings market?

The market is majorly segmented by product type, technology, end use and by region.

What can be the significant growth opportunity for the product type segment in the global optical coatings market?

The anti-reflective coatings segment, which is a sub-segment of the product type segment, is anticipated to show significant growth opportunity in the market.