Extensive insights into the Growth of Bicycles Market amidst COVID-19

A bicycle can be referred to as a vehicle that contains two wheels attached to a frame that stand one behind the other and can be powered by either individuals, motor or engine or through pedals with handlebars that are fastened to the front wheel. The bicycles continue to be the primary mode of transport for many regions in the world. There are a number of parts of a bicycle such as pedals, gears, brakes, wheels and many more that assist in the movement of a bicycle. They are also seen as a viable option for many, as it can help individuals to move from one place to another without consuming fuel of any form such as petrol, diesel, coal and many more that can cause pollution, thereby saving precious natural resources.

The growth of the global bicycles market is driven by several factors such as the use of bicycles for entertainment and leisure purposes, non-emission of pollutants by bicycles and the fact that individuals can lead a healthy lifestyle, as it involves physical movements which act as a form of exercise for the body that can help to prevent obesity and other ailments among individuals.

The global bicycles market is anticipated to grow at a CAGR of around 4.5% over the forecast period i.e. 2020-2027. The market is segmented by product type, demography, end user and by distribution channel, out of which, the men segment falling under the demography segment is anticipated to occupy the highest market share, on account of growing number of men opting to use bicycles for short distance trips, owing to its easy use, absence of noise pollution and cost saving for individuals. The emergence of bike sharing system has also encouraged more individuals to adopt it, owing to rising number of smartphone users who can use the app for covering short distance travel, as it is not expensive for individuals as compared to traditional fuel based vehicles. CLICK TO DOWNLOAD FREE SAMPLE REPORT 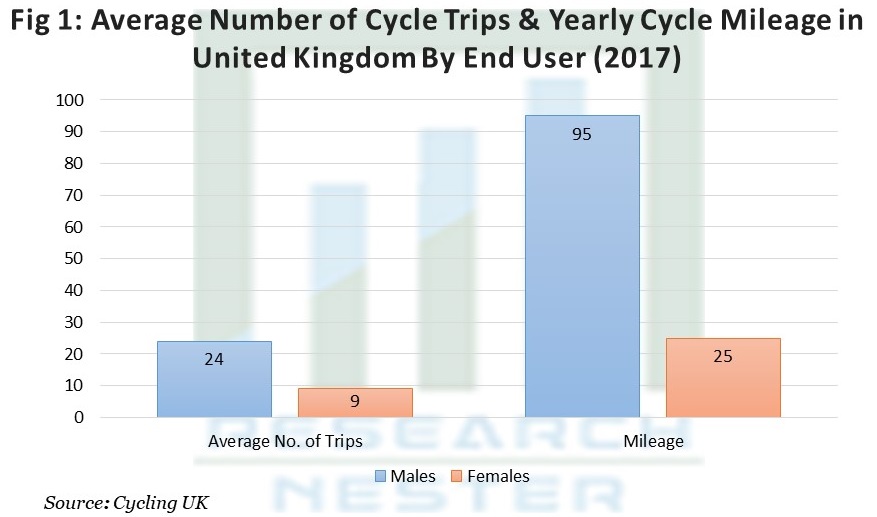 Rising awareness on health and its implications for individuals have played a significant role in encouraging many individuals across the globe to adopt bicycles as an alternative for commuting to short distance locations that can reduce the consumption of fossil fuels such as petrol, diesel and others which are causing a drain on the economy as well as contributing to pollution in the form of emission of harmful gases by causing global warming. The trucks which are one of the major causes of air pollution emit harmful pollutants such as carbon-monoxide and other pollutants. Apart from that, concentration of higher levels of air pollution in urban areas has led to the risk of various respiratory and cardiac diseases, including cancer affecting various individuals across the globe. By using bicycles, the individuals would be able to save money that is normally spent on fuel expenditure. Moreover, with lesser usage of fuel, the air pollution levels are bound to decrease. Additionally, using bicycles lead to increased physical activity and may provide individuals with long term health benefits. 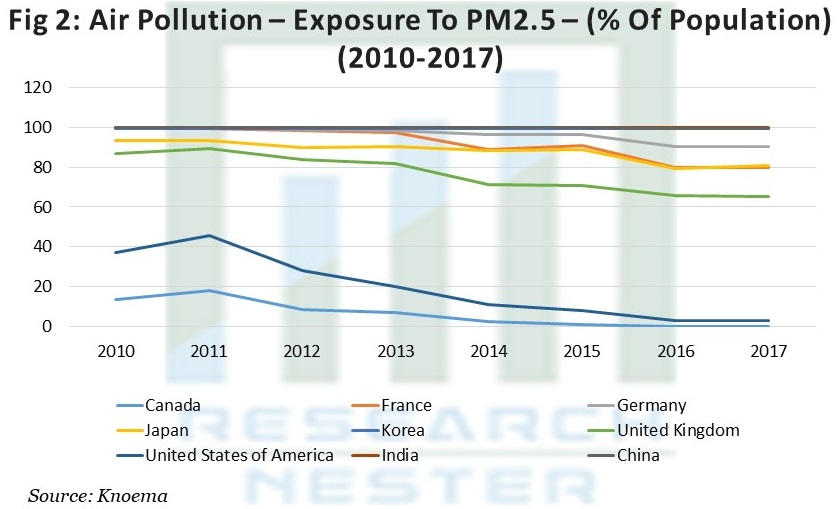 There is a growing demand from among individuals across the globe to look for sustainable alternative to overcome the ill effects of traffic congestion faced by countries across the world, especially in the urban areas. With growing sales of vehicles that emit fossil fuels such as petrol, diesel, coal and others that have occupied the roads of cities and towns of the world, countries have been looking for ways to control traffic congestion. Many sustainable and eco-friendly alternatives are being sought after by governments across the world which could replace the fuel based vehicles that are increasing traffic congestion and causing immense level of pollution across the globe. 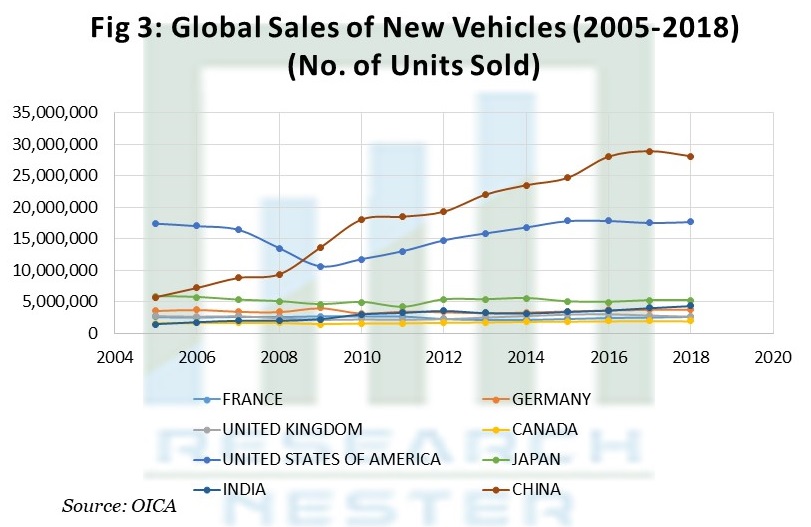 The bicycles have some limitations, despite being a useful asset for individuals such as they are time consuming for any individual who is looking to complete their activity within a shorter duration.

The presence of either excess heat or monsoon weather may affect the movement of any individual riding the bicycles, even if an individual is dressed in proper clothing and gear as the weather conditions may be beyond the control of the individual. Moreover, the bicycles cannot be suited for those individuals who undergo long distance travels on a daily basis.

Can Be Easily Stolen Or Lost Due To Theft

The bicycles are light weight in general and do not require immense effort for unlocking or dismantling their parts. They are comparatively unsafe as compared to four wheeler vehicles.

On the basis of regional analysis, the global bicycles market is segmented into five major regions including North America, Europe, Asia Pacific, Latin America and Middle East & Africa region. The market in Europe is anticipated to occupy high market share, owing to the growing number of individuals using it for recreational activities. Moreover, the bicycles are also being preferred by individuals, owing to the convenience of using these bicycles as a form of physical exercise that helps them to stay fit that is driving the demand for bicycles in the region and is estimated to drive the growth of the market over the forecast period. The market in Asia Pacific region is anticipated to grow rapidly, owing to the necessary support and infrastructure laid out by governments to support commuting by bicycles among the population in the region.

The global bicycles market is further classified on the basis of region as follows: