The global geothermal energy market is estimated to garner a sizeable revenue by growing at a ~4% CAGR over the forecast period, i.e., 2022–2030. The growth of the market can be attributed to the various advantages of geothermal energy, including stable and independent power generation. In this renewable source, the steam generated from the hot springs is used to rotate the turbine and produce electricity. This is a relatively newer concept of low-carbon electricity generation, which is why there is tremendous untapped potential in this market. According to the report by the International Environment Agency geothermal electricity generation has increased by an estimated 3% in the past 5 years, as of 2019, and is further expected to grow. Major market players in the energy and power sector are increasingly investing in geothermal power plants, which is estimated to boost the market growth. Moreover, various government initiative to promote the adoption of geothermal energy is anticipated to generate growth opportunities for the market. For instance, the International Renewable Energy Agency (IRENA), established a platform called, Global Geothermal Alliance (GGA) to promote geothermal energy development on a global level. 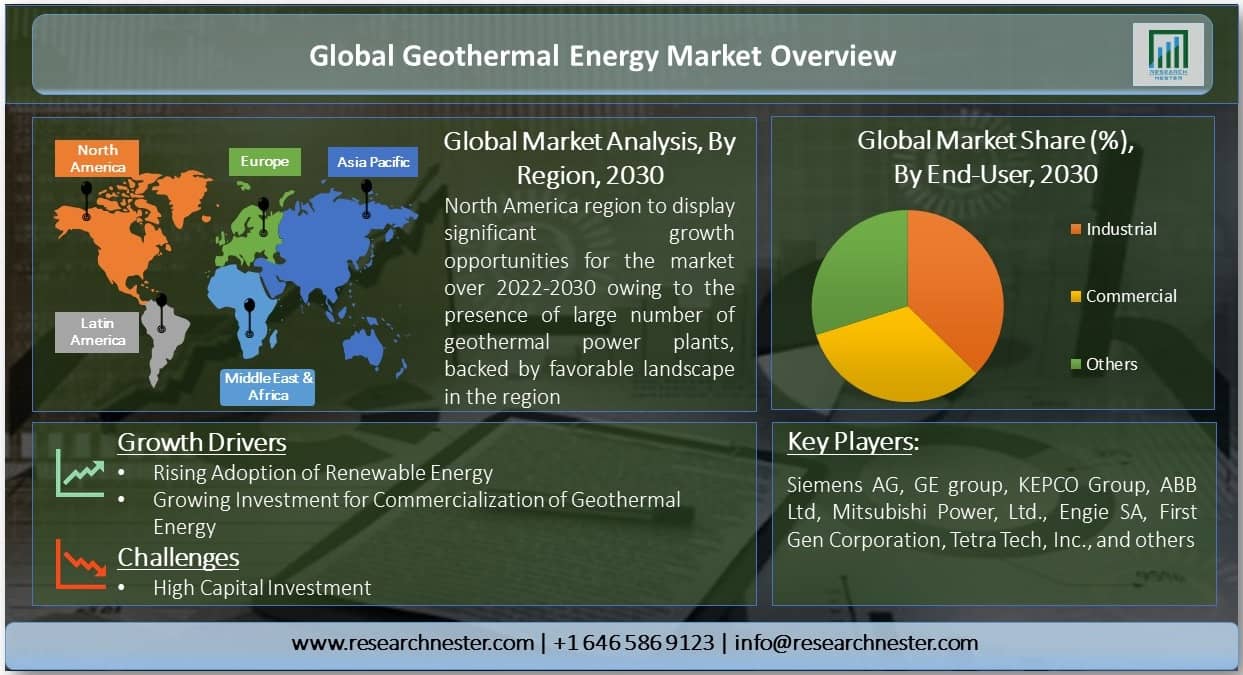 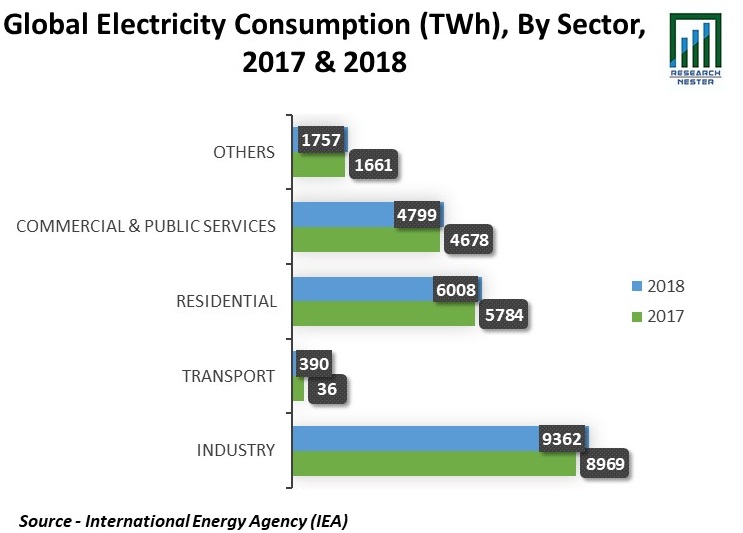 Regionally, the global geothermal energy market is segmented into five major regions including North America, Europe, Asia Pacific, Latin America and Middle East & Africa region. The market in Europe region is estimated to witness highest CAGR over the forecast period on the back of presence of various geothermal reservoirs in the countries, such as, Iceland, Italy and Turkey, among others. Moreover, government initiatives to promote the use of geothermal energy is anticipated to boost the regional market growth.

The market in the North America region is estimated to hold the largest share over the forecast period owing to the presence of large number of geothermal power plants in the United States and Canada, backed by the favorable climatic conditions in the region. According to the report of the U.S. Energy Information Administration (EIA), in 2020, seven states of US have geothermal power plants, generating more than 17 billion kilowatt per hours (kWh) energy, which amounted to 0.4% of the total U.S. utility-scale electricity generation. 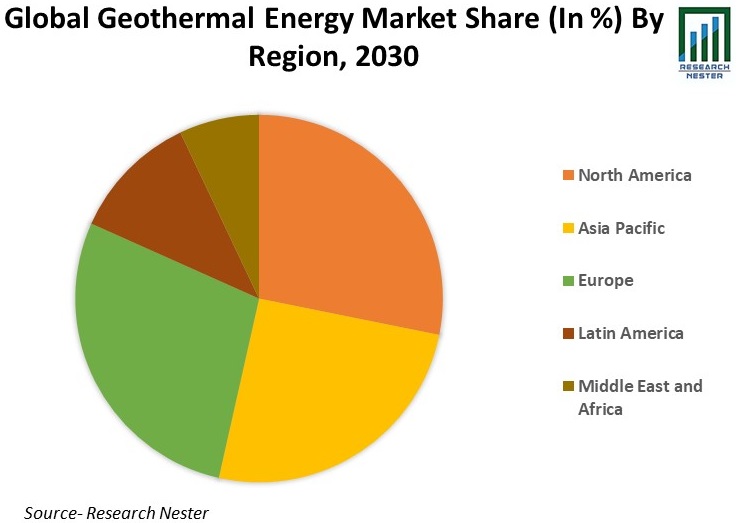 The global geothermal energy market is further classified on the basis of region as follows:

Our in-depth analysis of the global geothermal energy market includes the following segments:

What are the major factors driving the growth of the geothermal energy market?

What would be the CAGR of geothermal energy market over the forecast period?

What are the challenges affecting the geothermal energy market growth?

High capital investment is the major challenge that is estimated to hamper the market growth.

Which region will provide more business opportunities for growth of geothermal energy market in future?

The market in the North America region will provide ample growth opportunities owing to the increasing number of geothermal powerplants and favorable landscape in the region.

Who are the major players dominating the geothermal energy market?

What are the segments in the geothermal energy market?

The market is segmented by plant type, end-user, and by region.

Which segment under the plant type segment captures the largest market size in the geothermal energy market?

The binary cycle power plants segment is anticipated to hold the largest market share owing to its feature of operating even in a low-temperature reservoir.