Foldable Bike/Bicycle is ergonomically designed bicycles that folds and fits in a compact, portable and efficient size and facilitate transport quiet easily.  Upon folding, these bikes occupy small storage space and can be kept inside the buildings, your living spaces, offices or can be easily carried on public transportation. In addition to that, the availability of these bicycles in different wheel size and folding mechanisms along with gears designed for different terrains, making it a comfortable experience for the riders are some of the notable attributes that are driving customers’ inclination towards foldable bicycles.

Increase in awareness towards rising pollution levels leading to global warming along with necessity to lead a fit and healthier lifestyle are some of the significant factors boosting the market growth. Additionally, these bikes are light in weight, portable, and come with foldable design options that require less storage space. Driven by these prominent features along with favorable government regulations for permitting foldable bikes in public transport, the global folding bicycles market is estimated to grow with notable CAGR during the forecast period, i.e., 2020-2028. CLICK TO DOWNLOAD SAMPLE REPORT 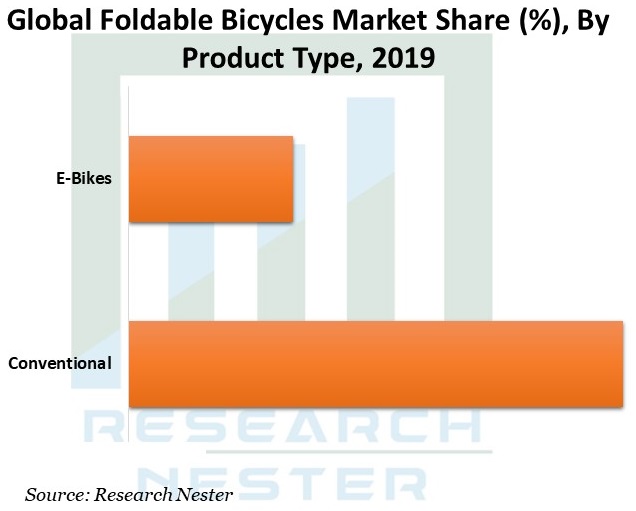 The global foldable bicycles market is segmented by product type, weight, application, end users and distribution channel. The product type segment is further bifurcated into conventional and e-bikes, out of which, the conventional bikes segment is estimated to hold leading share as these bikes are highly preferred among the consumers owing to its easy availability and low-cost features as compared to electric bikes. 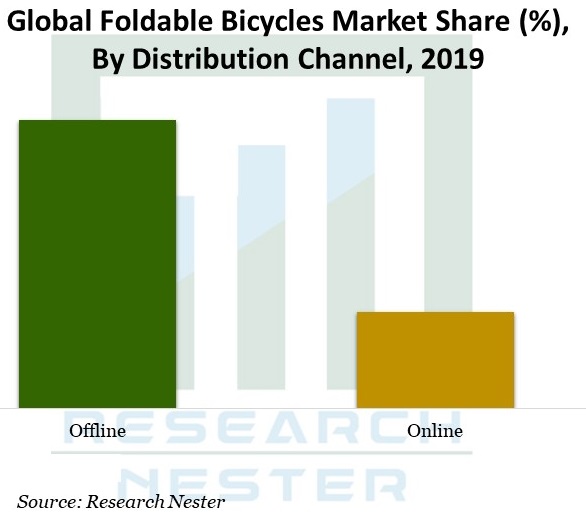 The desk-bound lifestyle of people living in the urban areas results in various health risks such as obesity, diabetes, high blood pressure, and high cholesterol among numerous heart-related diseases. According to the World Bank, the urban population accounted for 55.27% of the total population globally in the year 2018. According to the World Heart Federation, on an annual basis, Cardiovascular Diseases (CVDs) lead to around 17 million deaths throughout the globe and are considered as the leading cause of death worldwide.

Inactive lifestyle and rising mental and physical health problems is driving people to adopt healthy lifestyle and consider cycling as a mode of staying fit. Moreover, with rising cases of coronavirus cases in the current pandemic situation, spike in cycling is witnessed as a way to stay fit and avoid crowded places. In addition to that, various discounts offered by bicycles manufacturers amidst Covid-19 are some of the considerable factors that are estimated to promote the growth of the market. Additionally, this growth is backed by rising number of initiatives taken by governments of different regions to promote cycling from across the globe

On the back of growing technological advancements and concerns towards developing eco0friendly solutions in order to minimize carbon emissions, the global foldable market is estimated to witness noteworthy opportunities throughout the forecast period. This, in turn, is driving bicycle manufacturers to come up with consumer and nature-friendly solutions. According to statistics listed by TAITRA (Taiwan External Trade Development Council) in 2018, Taiwan’s E-bike exports witnessed 17-fold growth between the years 2012 and 2017 on the back of increased demand from North America and Europe.

The potential factor that might affect the growth of the market is the high cost associated with foldable bicycles as compared to the conventional folding bikes.

The lack of product awareness in the developing countries across the globe might act as a barrier to the growth of the market.

Our in-depth analysis of the foldable bicycles market includes the following segments:

On the basis of regional analysis, the foldable bicycles market is segmented into five major regions including North America, Europe, Asia Pacific, Latin America and Middle East & Africa region. The market for foldable bicycles in Europe is anticipated to hold the largest share in the market on account of presence of leading market players in the region which manufacture and market foldable bicycles. Moreover, the growing requirements for continuously improving the design and specifications are met in this region which further increases the product demand. The market in Asia Pacific region is predicted to grow at the highest rate during the forecast period as a result of growing health consciousness and initiatives to reduce pollution in the region. The rising awareness pertaining to utilization of ecofriendly vehicles in the region, especially in countries such as China, India and Japan is further resulting in the increased demand for foldable bicycles. 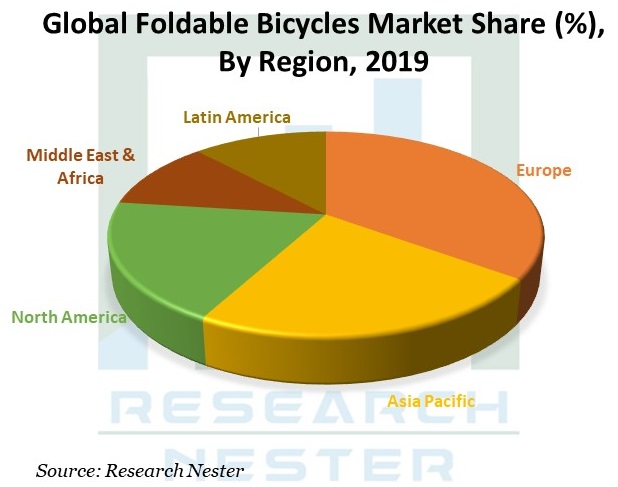 The foldable bicycles market is further classified on the basis of region as follows: