Ethylene dichloride is the common name of the 1,2dichloroethane. It is a chlorinated aliphatic hydrocarbon. Basically it is colourless liquid with chloroform odour. It is widely used as an intermediate in the production of vinyl chloride which further undergoes for the polymerization to manufacture polyvinyl chloride. Due to its excellent properties such as good temperature resistance, high tensile strength, hardness and others, it has various applications in numerous end use industries such as automotive, packaging, medical, furniture, construction and others. It is worthy polar aprotic solvent used as degreaser and paint remover. 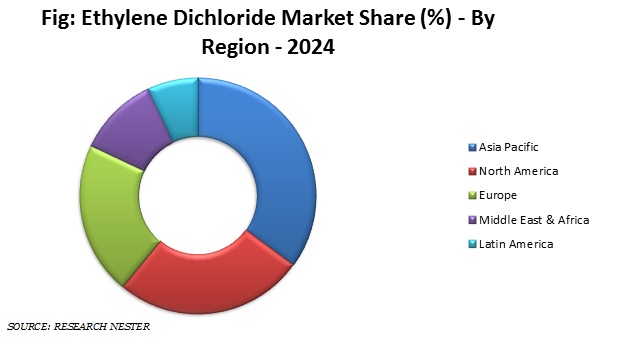 Our in-depth analysis has segmented ethylene dichloride market into the following segments:

Ethylene dichloride market is further classified on the basis of region as follows:

In contrast, EDC is toxic and high flammability compound. Further it is petroleum product cost of EDC directly depend on the price of the crude oil which is anticipated to dampen the growth of the ethylene dichloride market during the forecast period.

The ethylene dichloride market is segmented as follows: