The global cloud-based revenue assurance market is estimated to grow at a CAGR of ~9% over the forecast period, i.e., 2022 – 2030. The growth of the market can be attributed to the increasing demand for revenue assurance solutions, combined with the growing adoption of cloud computing technology. The increasing demand for revenue assurance systems amongst end-users, especially communication service providers, and management service provider, is estimated to significantly fuel the market growth. Moreover, growing penetration of internet and installation of cloud servers are estimated to boost the growth the market. According to the World Bank Statistics, 48.997% of the global population used internet in 2018; which grew to over 59% in 2020 and is estimated to cross 60% by the end of 2021. Moreover, growing technological research and innovation, and upgrades in cloud technology are estimated to further boost the market growth. 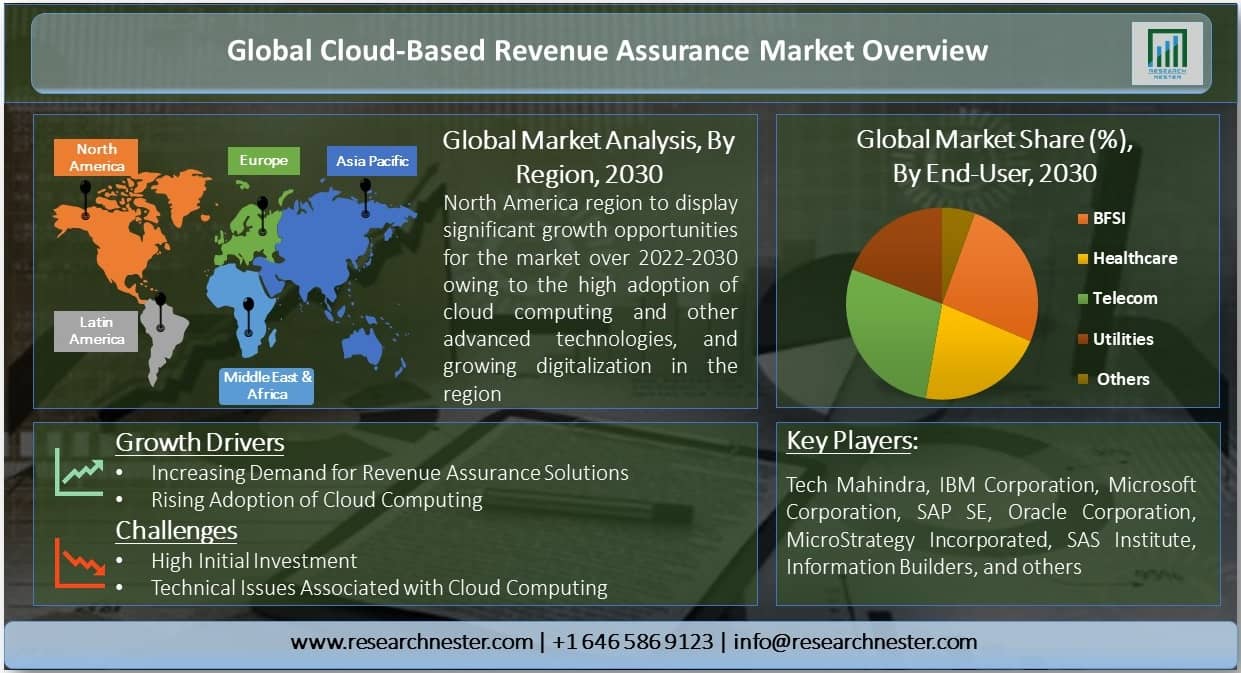 The market is segmented by end-user into telecom, utilities, BFSI, healthcare and others, out of which, the telecom segment is anticipated to hold the notable share in the market over the forecast period on account of high requirement of revenue assurance solutions. Telecom industry primarily provides communication service, which requires revenue assurance. Moreover, increasing adoption of cloud computing in every industry vertical, including telecom is estimated to boost the segment growth.

On the basis of geographical analysis, the global cloud-based revenue assurance market is segmented into five major regions including North America, Europe, Asia Pacific, Latin America and Middle East & Africa region. The market in Asia Pacific region is estimated to witness modest growth over the forecast period on the back of increasing investment in technological development in the countries, such as, India, and China. Moreover, emergence of new enterprises, and up-surge in the service sector is estimated to boost the market growth.

The market in the North America region is anticipated to gain the largest market share throughout the forecast period owing to the higher adoption of advanced technologies, and rising BYOP trend in workplaces in countries, such as, Canada, and the United States. Moreover, more people are starting their own businesses, and are working from home. This is estimated to fuel the regional market growth. 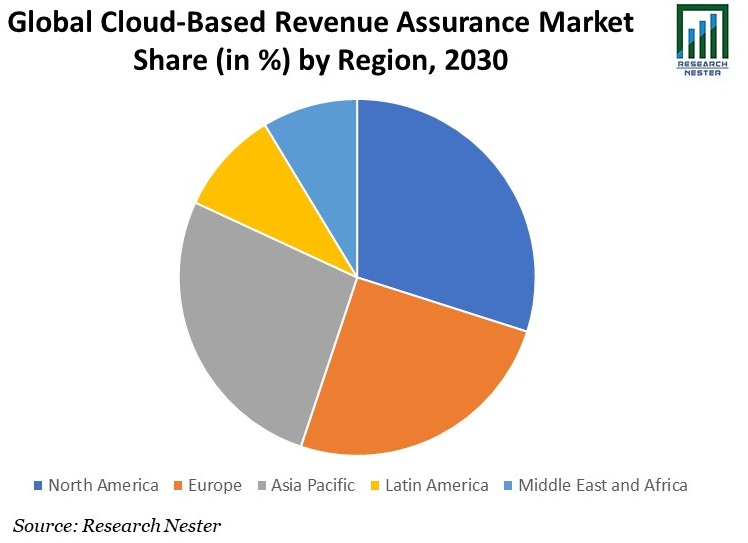 The global cloud-based revenue assurance market is further classified on the basis of region as follows:

1) What are the major factors driving the growth of the cloud-based revenue assurance market?

Ans: The growing adoption of cloud-based software, and need for revenue assurance solutions to boost the market growth.

2) What would be the CAGR of cloud-based revenue assurance market over the forecast period?

3) What are the challenges affecting the cloud-based revenue assurance market growth?

4) Which region will provide more business opportunities for growth of cloud-based revenue assurance market in future?

Ans: The market in the Asia Pacific region is estimated to witness highest growth during the forecast period owing to the growing digitalization and technological advancement in the region.

5) Who are the major players dominating the cloud-based revenue assurance market?

7) What are the segments in the cloud-based revenue assurance market?

Ans: The market is segmented by end-user, application, and by region.

8) Which segment captures the largest market size in end-user segment in the cloud-based revenue assurance market?

Ans: The telecom segment is anticipated to hold largest market size over the forecast period and display significant growth opportunities.