Automotive Tapes Market Analysis by Type (Specialty, Double-sided, Masking, and Others); by Function (Bonding, Masking, NVH, and Others); by Application (Interior, Exterior, Wire Harnessing, Electric Vehicle, and Others); and by Material (Polypropylene, Poly-Vinyl Chloride, Paper, and Others) – Global Supply & Demand Analysis & Opportunity Outlook 2023-2033 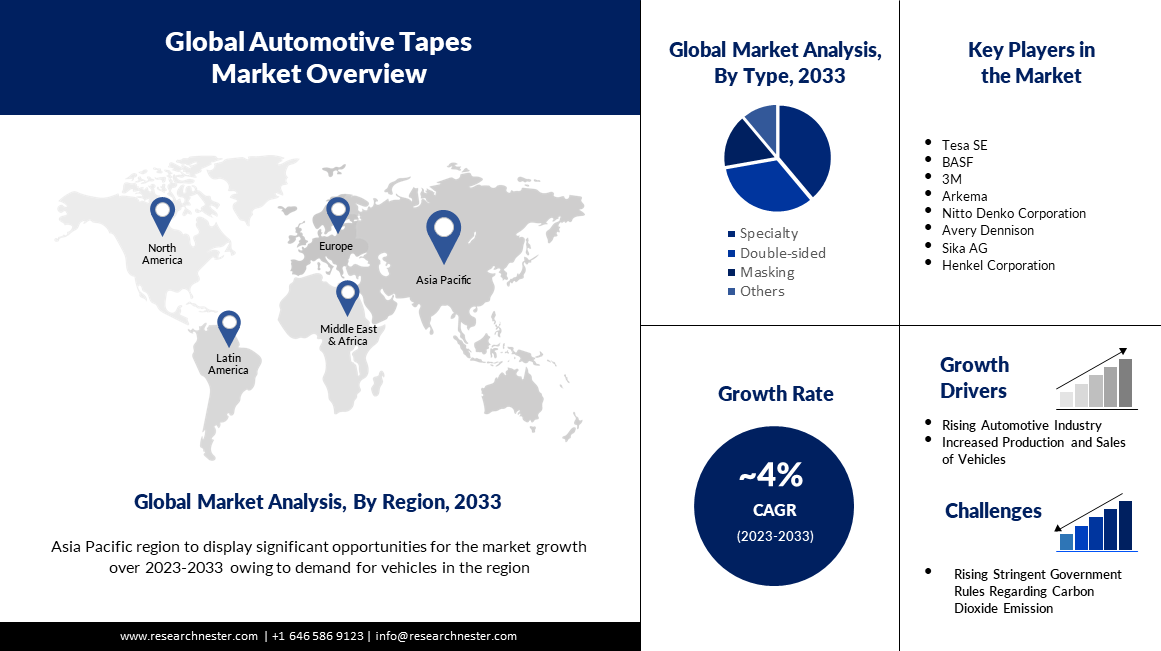 The automotive tapes market is segmented and analyzed for demand and supply by application into interior, exterior, wire harnessing, electric vehicle, and others. Out of these, the electric vehicle segment is attributed to garner the highest market share by 2033, owing to its high demand and production rate. As per the reports of International Energy Agency, the number of electric vehicles sales in 2021 surpassed sales of year 2020, with nearly doubling to 6.6 million.

Regionally, the global automotive tapes market is studied into five major regions including North America, Europe, Asia Pacific, Latin America and Middle East & Africa region. Amongst these markets, the market in Asia Pacific is projected to hold the largest market share by the end of 2033, owing to the increased production, sales and demand of vehicles by burgeoning population of the region. International Organization of Motor Vehicle Manufacturers (OICA) statistics revealed that the total production of vehicles in the region was 46 million in 2021, a rise from 44 million in 2020. Also the rising preference of electric vehicles in the countries falling under Asia Pacific region is an another growth factor for expanding the market size. International Energy Agency revealed that China is the top producer of electric vehicles with electric car registration of around 1300 thousand units in 2020. 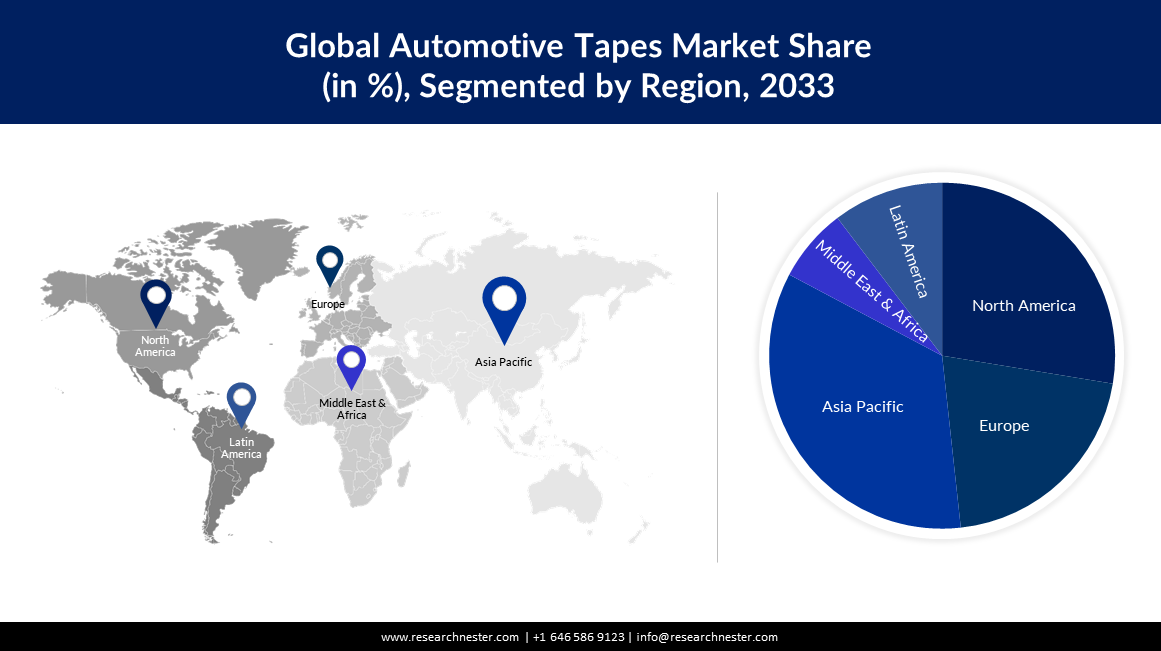 The global automotive tapes market is further classified on the basis of region as follows:

Our in-depth analysis of the global automotive tapes market includes the following segments:

What are the major factors driving the growth of the automotive tapes market?

The expansion in automotive industry and the increased demand for vehicles is expected to fuel the market growth in the future.

What would be the CAGR of automotive tapes market over the forecast period?

What are the challenges affecting the automotive tapes market growth?

The low adoption rate in developing countries owing to less amount of awareness along with extra expenses incurred in production cycles and rising government policies regarding carbon dioxide emission by vehicles are some of the factors that are expected to hamper the market growth.

Which region will provide more business opportunities for growth of automotive tapes market in future?

Who are the major players dominating the automotive tapes market?

What are the segments in the automotive tapes market?

The market is segmented by type, function, application, material, and by region.

Which segment captures the largest market size in material in the automotive tapes market?

The electric vehicle segment is anticipated to garner the largest market size by the end of 2033 and display significant growth opportunities.