Facade, in civil architecture, is referred to as the front exterior side of a building. While designing a building, it is often considered as the most important aspect, as it sets the tone for the rest of the building. Facade systems provide numerous benefits to the building, such as, building aesthetics, fresh air for occupants, improved energy efficiency, greater light penetration & filtration, and others.

The market is anticipated to record robust CAGR throughout the forecast period, i.e. 2019-2027. The automated facade cleaning system market is segmented by end-user into residential and non-residential, out of which, residential segment is anticipated to hold largest market share on account of growing utilization of facade systems in commercial buildings by builders and contractors. Additionally, builders and contractors have realized the importance of facade systems, as they protect the building from external environmental forces, and also add aesthetics to the building. CLICK TO DOWNLOAD SAMPLE REPORT 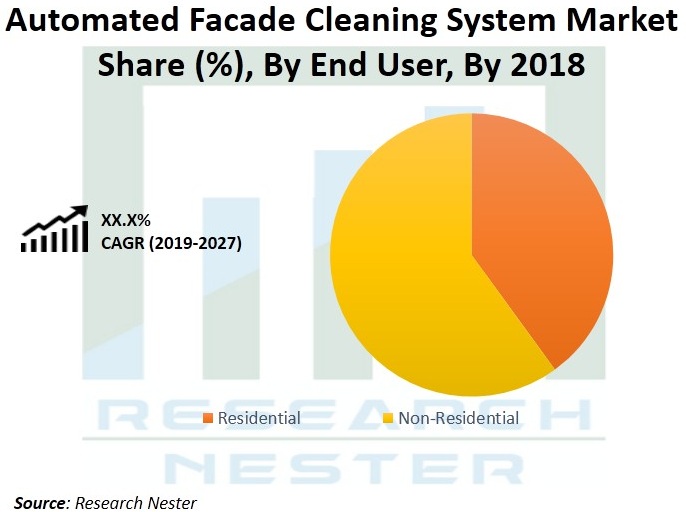 According to India Brand Equity Foundation (IBEF), real estate sector in India is expected to reach a market size of US$ 1 trillion by 2030 from US$ 120 billion in 2017. Additionally, according to Statistics Norway, total number of dwellings in Norway increased from 19,748 numbers in 2009 to 31,647 numbers in 2018. 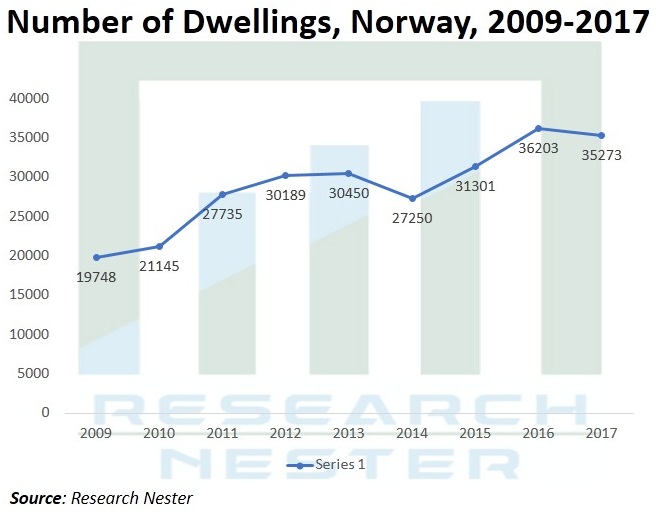 With the growing real estate industry, new residential and non-residential buildings are coming up at a fast pace. Builders and contractors are changing the way buildings are designed. Shifting trend towards building aesthetics and green buildings, is increasing the demand for application of facade to buildings. As more and more facades are in demand for being applied in buildings, the requirement to ensure cleaning and maintenance of these facades is also growing, that is anticipated to increase the demand for automated facade cleaning systems amongst builders, contractors and cleaning services providers.

Rising Need for Automation and Robotics

There is a shifting trend amongst enterprises for automation technologies and implementation of robotics at work. Lack of skilled professionals is raising the need amongst enterprises to opt for robots. Moreover, growing concerns for increasing accidental occurrences at work places, coupled with, increasing usage of service robots for professional use, rising sales of robots, and increasing expenditure for R&D of robotic devices & its technical advances, all of these factors are contributing significantly towards the growth of the automated facade cleaning system market. According to International Federation of Robotics (IFR), sales of industrial robots in India reached a new record of 4,771 new units installed in 2018, which is an increase of 39% than its previous year 2017. Additionally, total number of professional service robots sold was more than 271,000 units in 2018 from 168,000 units in 2017. 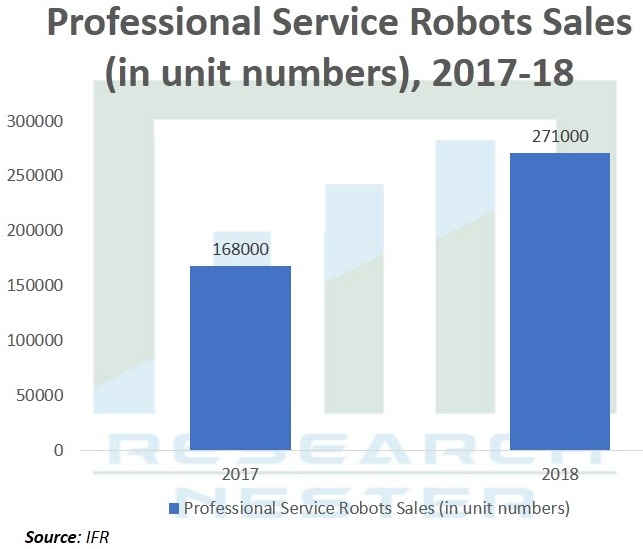 Lack Of Skilled Personals and Lack of Product Awareness

Middle East & Africa is expected to hold significant market on the back of increasing demand for facade systems from the growing non-residential construction and infrastructural development in the region, especially from nations, such as, UAE and Turkey.

Additionally, Europe is expected to gain significant market share on the back of growing industrial cleaning services in the region, which is anticipated to grow with a CAGR of 7% over the forecast period, 2018-2027. Additionally, increasing demand for commercial cleaning services amongst commercial consumers, owing to growth in construction activities, investment in real estate, and others, all of these factors are contributing significantly towards the growth of the market in the region.

The automated facade cleaning system market is further classified on the basis of region as follows: