·   May 10, 2019: Huntsman Advanced Materials introduced four new products at SAMPLE 2019 for the aerospace market that help in the construction of aircraft interior.

The aerospace adhesives market is estimated to garner a sizeable revenue by growing at a noteworthy CAGR over the forecast period, i.e., 2021 – 2030. The growth of the market can be attributed to factors such as the growing usage of composites to manufacture aircrafts, rising demand for aerospace sealants and adhesives in developing countries and increasing number of air passengers worldwide. According to the World Bank, the total number of air passengers increased significantly within the span of two years, i.e., 2017-2019. The total number was calculated to be 3.974 billion in the former and 4.397 billion people in the latter year. Apart from these, extensive research and development to develop more effective aerospace adhesives is also expected to boost market growth in the upcoming years. Additionally, the emergence of middle-class populations in progressing nations, namely India, China and Brazil, is projected to offer ample growth opportunities to the market in the future. 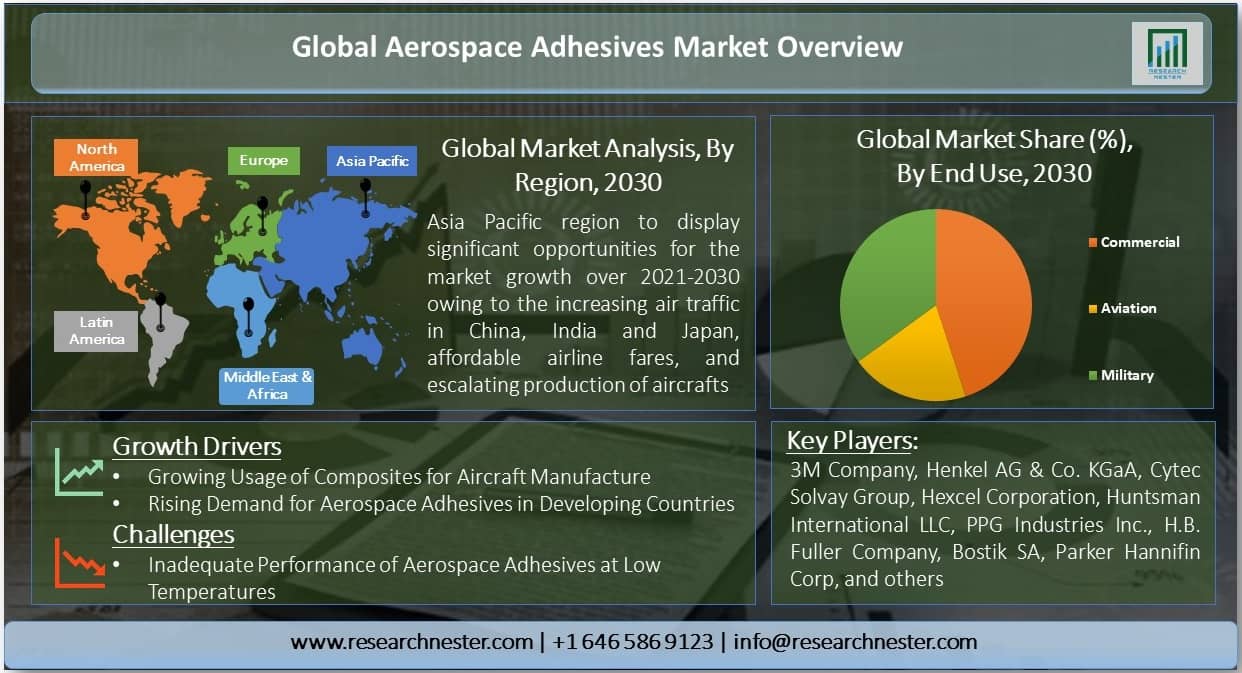 The market is segmented by resin type into epoxy, silicone, polyurethane, and others, out of which, the epoxy segment is anticipated to witness highest growth in the aerospace adhesives market during the forecast period on account of distinguished chemical properties, unique combination of adhesion and notable physical characteristics of epoxy. In addition, escalating demand for these resins in military and commercial applications is also assessed to drive market growth in the near future. Furthermore, on the basis of end use, the commercial segment is predicted to gather the largest market share over the forecast period owing to the increasing demand for air travel and rising passenger strength in emerging economies. Another report by the World Bank states that has only observed a hike since 2012 to 2019. The total air traffic in the country in 2019 accounted to be 167,499,116 people. CLICK TO DOWNLOAD SAMPLE REPORT 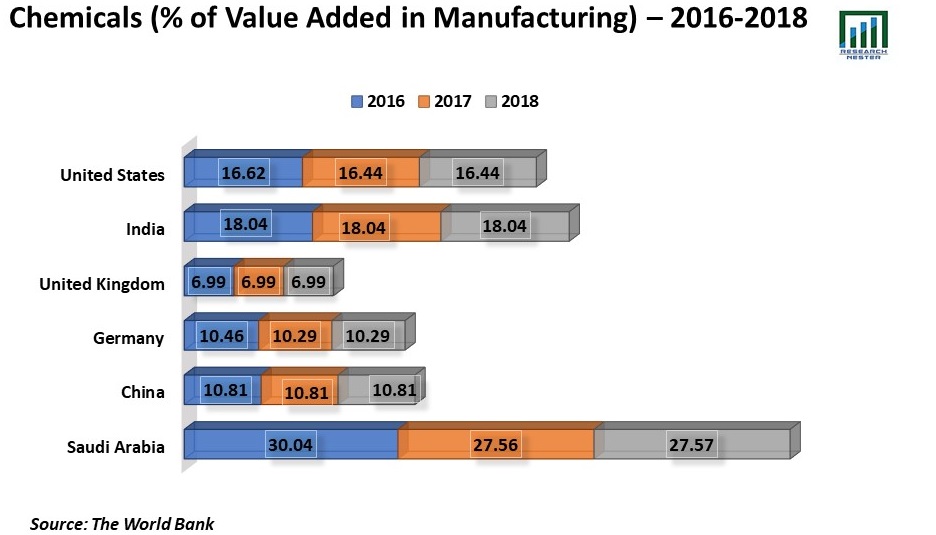 On the basis of geographical analysis, the aerospace adhesives market is segmented into five major regions including North America, Europe, Asia Pacific, Latin America and the Middle East & Africa. The market in the Asia Pacific region is estimated to witness noteworthy growth over the forecast period on the back of growing air traffic in countries such as China, India, South Korea and Japan as a result of affordable fares provided by low-cost airlines and increasing production of aircrafts. For instance, China is world’s second largest air travel market in the world. The total air freight traffic in the country was evaluated to be more than 26 billion ton kilometers in 2020.  Moreover, North America is predicted to acquire the largest market share throughout the forecast period, which can be credited to the presence of a large aerospace sector in the United States, flourishing manufacture of passenger and commercial aircrafts and growing exports of aerospace components in the region.

The aerospace adhesives market is further classified on the basis of region as follows:

Our in-depth analysis of the aerospace adhesives market includes the following segments:

What are the major factors driving the growth of the aerospace adhesives market?

The major market growth drivers are increasing use of composites to manufacture aircrafts and growing demand for aerospace adhesives in developing nations.

What would be the CAGR of aerospace adhesives market over the forecast period?

What are the challenges affecting the aerospace adhesives market growth?

Poor performance of aerospace adhesives in low temperature environment is estimated to hamper the market growth.

Which region will provide more business opportunities for growth of aerospace adhesives market in future?

Asia Pacific will provide more business opportunities to the market owing to the increasing air traffic in countries such as China, India, South Korea and Japan.

Who are the major players dominating the aerospace adhesives market?

What are the segments in the aerospace adhesives market?

The market is segmented by technology, resin type, end user, and by region.

Which segment captures the largest market size in the application segment in the aerospace adhesives market?

The commercial segment is anticipated to hold largest market size and is estimated to grow at a notable CAGR over the forecast period and display significant growth opportunities.