The VXI test equipment was formed in 1987 with a charter of defining a multivendor instrument-on-a-card standard. VXI test equipment has defined system-level components required in hardware ability. The IEEE officially announced and started VXI test equipment specification use and consideration, in March 1993. The VXI plug Systems Alliance was founded in September 1993, though it pursued a higher level of system standardization to cover all VXI system components. By focusing on software standardization, the alliance defined standards to make VXI test equipment’s easy to integrate and use with maintaining multivendor software reliability. With the success of hardware standards and solid technical specifications, VXI has more than 1000 products available. With the success of VXI Test equipment hardware and instrumentation system VXI platform has made open choice for treatment value and hardware problems.

Ranging from test and measurement and ATE, to data acquisition and analysis in both research and industrial automation VXI is used in many different applications. Few VXI systems today are purely VXI, most of the users are migrating to VXI by integrating it into existing systems that consists of GPIB instruments, VME cards, or plug-in data acquisition (DAQ) boards. VXI system can be controlled with a remote general-purpose computer using the high-speed Multisystem extension Interface (MXI) bus interface or GPIB. It can also embedded with a computer into a VXI chassis and control the system directly. VXI Test equipment configuration offers the flexibility and performance to take on today’s most challenging applications. 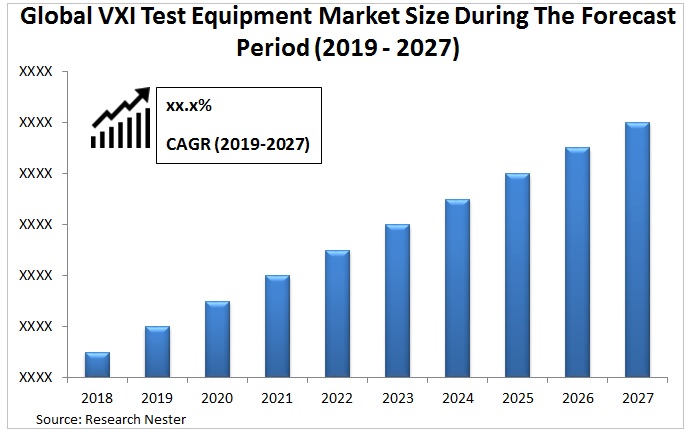 Asia Pacific is panned to observe substantial growth in VXI Test equipment market on the heels of rising electronic items sales over past few years.

According to “UN Global Working Group on Big Data for Official Statistics “Mobile phone data has surfaced in recent years as one of the big data sources with a lot of promising official statistics. It is expected that mobile phone data could fill data gaps especially in developing countries with high penetration rates. The International Telecommunication Union (ITU) stated that the average subscription rate on mobile phones is 96.4 per 100 inhabitants world-wide, and average rate in Asia (89.2) and Africa is (69.3).

Defense is the Main Receiver of VXI Technology

Defense is major prior concern for any nation for security and protection purpose to keep their people safe. Additionally, quality of VXI test equipment for calibrating and varying electronic gadgets by using digital analog is expected to drive the growth of market in future.

United States provide more than 55% of aerospace production in aerospace industry and increasing production of helicopters and commercial aircrafts is expected to drive the growth of market during forecast period.

Competition and innovations in R&D sector

Demand for electronic items and increased hardware robust the healthy competition amongst the key players of VXI Test equipment. Additionally, improved technique and innovations from R&D sector for optimal utilization of clean source of energy is driving the growth of market.

Lack of sunlight at winter and rainy season

One of the challenging factors that hampers the growth of VXI Test equipment market is declining use of telephones at household buildings in expected forecast period of 2019-2027.