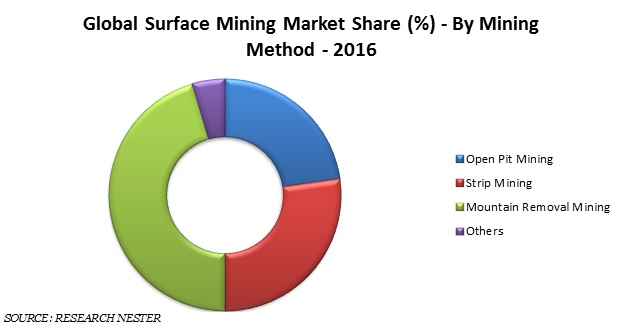 Have a glance of the Report Enquiry Now

Our in-depth analysis has segmented global surface mining market into the following segments:

Global surface mining market is further classified on the basis of region as follows:

In contrast, stringent environmental legislations are expected to hamper the growth of surface mining market.