Extensive insights into the Growth of Solvents Market amidst COVID-19

Solvents refers to chemical compounds which has the function of dissolving or suspending solutes in it. The solvents are mainly found in liquid forms. The solvents are known for dissolving or suspending materials without changing their chemical characteristics. The various application of solvents includes, paint, adhesives, coatings, cosmetics, inks and other.

The solvents have widespread applications as dissolving agent for paints, inks and other products providing consistency to cosmetics such as nail paint, remover, lotions, perfumes and others. 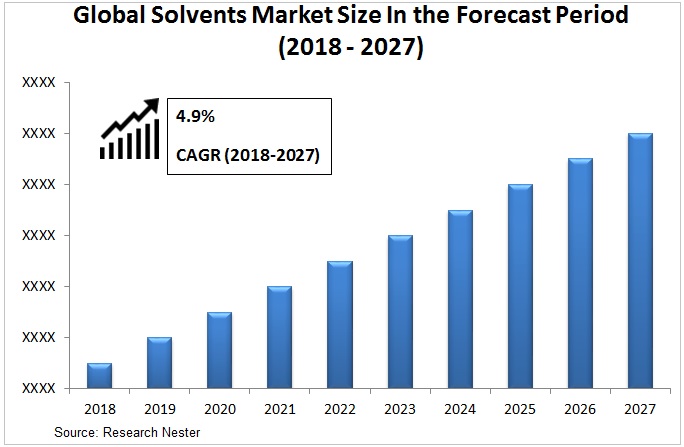 Growing application in Paint and Coatings

Rising demand for Bio Based solvents

The rising technological developments coupled with continuous R&D in solvents in order to accommodate the environmental regulations and VOC emissions is driving the bio based solvents market. Additionally, rising awareness and growing government initiatives to reduce environmental pollution is anticipated to propel the market growth of the solvents.

North America and Europe is anticipated to exhibit significant growth during the forecast period on the back of increasing application of bio based solvents coupled with the stringent regulation regarding the environment.

Global solvents market is further classified on the basis of region as follows: