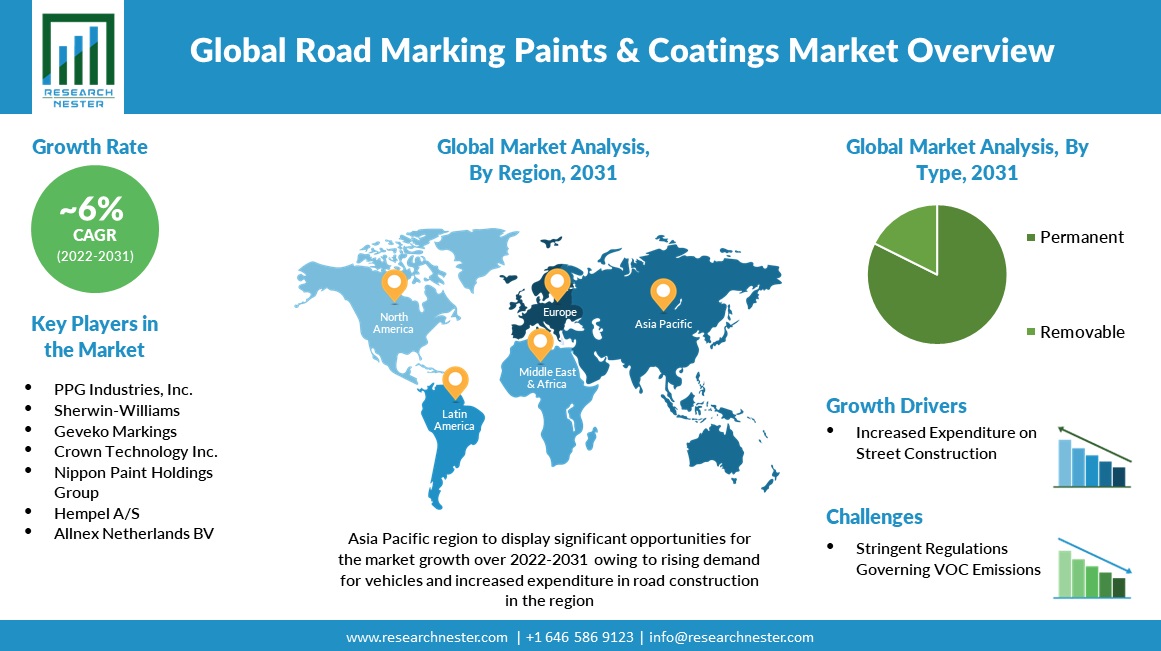 Road marking is the process of applying paints and coatings to roadways, pavements, concrete, or asphalt to display information such as directions, lanes, zones, speed limits, parking, stopping and safety to vehicles and pedestrians. Road marking is usually done either by skilled experts using non-mechanical road marking equipment or by the utilization of road marking machines. The increase in construction of roads across the global is anticipated to foster the demand of road marking paints & coatings. Highways are heavily constructed in every nation which requires proper road directions to avoid accidents, which is expected to expand the road marking paints & coatings market size. The construction data of India national highways was reported at 1,966 km in June 2022. This was an increase from the previous number of 1,307 km in May 2022.

The road marking paints & coatings market is segmented and analyzed for demand and supply by application into roads & highways, airports, parking lots and others. Out of these, the roads & highways segment is expected to garner the highest revenue by 2031 owing to rise in investment in the construction of highways and roads by the government. As per, the Department for Promotion of Industry and Internal Trade Policy (DPIIT), the construction development sector attracted Foreign Direct Investment (FDI) inflow worth USD 90.13 billion between April 2021 - December 2022. Further, according to the India Brand Equity Foundation, in 2021, the private sector invested around USD 1.98 billion in roads.

Regionally, the global road marking paints & coatings market is studied into five major regions including North America, Europe, Asia Pacific, Latin America and Middle East & Africa region. Amongst these, the market in Asia Pacific is projected to hold the largest market share by the end of 2031 owing to the presence of large road network. As per recent estimates, in 2022, China had the largest roadway network compared to other countries in the Asia-Pacific region, calculating to be approximately 4.9 million kilometers. India followed China with a roadway coverage of about 4.6 million kilometers in the same year. The high density of roads available is estimated to propel the growth of road marking paints & coatings market. Additionally, the high sales and manufacturing of vehicles is an another factor that is estimated to increase the demand of road marking paints & coatings. As per the International Organization of Motor Vehicle Manufacturers (OICA), the sales and registrations of new vehicles in the region rose from 40,322,544 vehicles in 2020 to 42,663,736 vehicles in 2021. 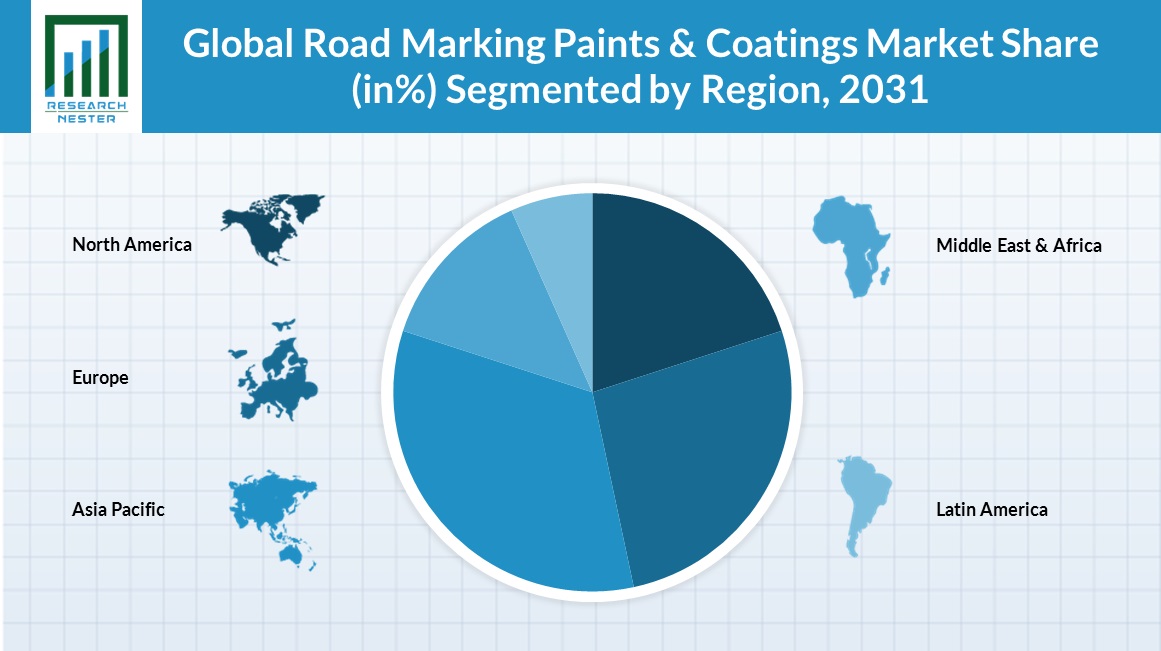 The global road marking paints & coatings market is further classified on the basis of region as follows:

What are the major factors driving the growth of the road marking paints & coatings market?

The expansion of global road length, increased sales and production of vehicles along with the investment in road construction are the major factors driving the growth of the market.

What would be the CAGR of road marking paints & coatings market over the forecast period?

What are the challenges affecting the road marking paints & coatings market growth?

Who are the major players dominating the road marking paints & coatings market?

What are the segments in the road marking paints & coatings market?

The market is segmented by product, type, application and by region.

Which segment captures the largest market size in application in the road marking paints & coatings market?

The roads & highways segment is anticipated to garner the largest market size by the end of 2031 and display significant growth opportunities.