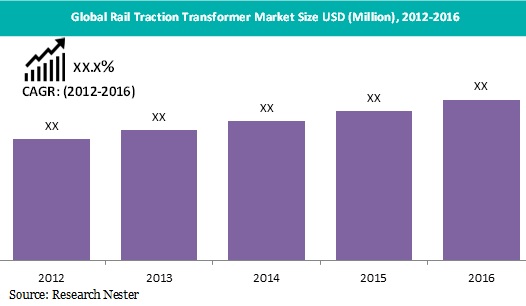 On the basis regional platform, Europe region captured the biggest market of rail traction transformer in 2016. Moreover, Europe region is anticipated to continue its dominance over the forecast period. This region is most lucrative market across the globe owing to presence of vast rail network. In addition to this, burgeoning rail passenger and freight traffic, expansion of rail infrastructure and formulation of favorable government regulations regarding implementation of safer technologies in trains are some of the factors paving a positive wave for the growth of rail traction transformer market in Europe region. Moreover, Western Europe countries such as Germany, U.K. and France are witnessing an augmented demand for rail traction transformer due to presence of high speed trains and metros. For instance, according to Association of the European Railway Industry (UNIFE), various new high speed rail lines and trains are to be incorporated in near future. In addition to this, construction of a new high speed line in order to connect London with different regional cities and adoption of new EMU in Germany are believed to augment the demand for rail traction transformer in Europe region.

Global rail traction transformer market is further classified on the basis of region as follows: 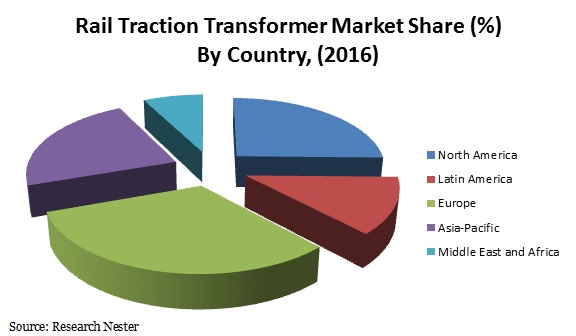 Furthermore, increase in urbanization is likely to influences and impacts on mobility in future. These impacts are expected to augment the development of mega cities requiring smarter and advanced facilities for transportation such as metros, high speed train and others. Moreover, implementation of metro and high speed trains is expected to foster the growth of rail traction transformer market.

However, presence of weak rail infrastructure in undeveloped nation is anticipated to hamper the growth of rail traction transformer market.

The major key players for rail traction transformer are as follows

The global rail traction transformer market is segmented as follows: