The global propylene oxide market is segmented on the basis of region into North America, Europe, Asia Pacific, Latin America and Middle East & Africa. The market in Asia Pacific is the fastest growing region for the propylene oxide market. Some of the major contributing nations include China, India, Japan, Australia, and Southeast Asian countries. Its large end-use industries such as automotive, construction, food & beverage, and others are among the key end-use sectors driving the demand for propylene oxide in the region. Additionally, the increase in commercial construction in countries such as China, India, Vietnam, Philippines and Indonesia are further anticipated to create a surge in demand for propylene oxide in the region.

The global propylene oxide market in Europe is anticipated to account for a value of USD 4199.5 by 2025, growing at a CAGR of 2.8% over the forecast period. Propylene oxide has gained prevalence in the European market on account of its increasing adoption in end-use industries such as building & construction, automobiles, consumer electronics, and packaging. Some of the major contributing countries in the region include Germany, France, Spain, and the UK. The construction sector in Europe is among the significant consumer of propylene oxide. The growing adoption of Fibre Reinforced Polymers (FRP) in the residential and commercial construction sector in the region, has also strengthened the market growth. 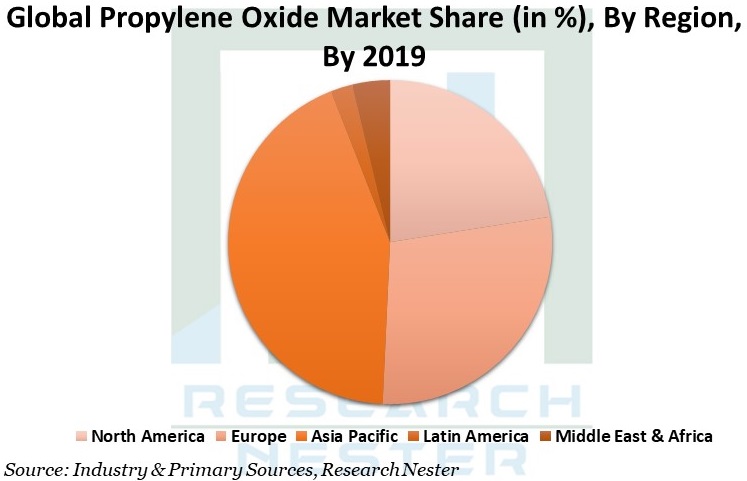 Based on production process, the global propylene oxide market is segmented into chlorohydrin process, styrene monomer process, hydrogen peroxide process, TBA co-product process, and cumene-based process, out of which, chlorohydrin process (CPHO), is estimated to account for a market value of around USD 4920.6 million by 2020. CHPO is the oldest method used for the production of propylene oxide and held the largest market share in the year 2019. It is a multi-step process wherein chlorohydrin intermediate is formed, which is subsequently dehydrochlorinated to the epoxide. The process has few drawbacks including impact on the environment on account of high waste processing and it also requires enormous capital investment. 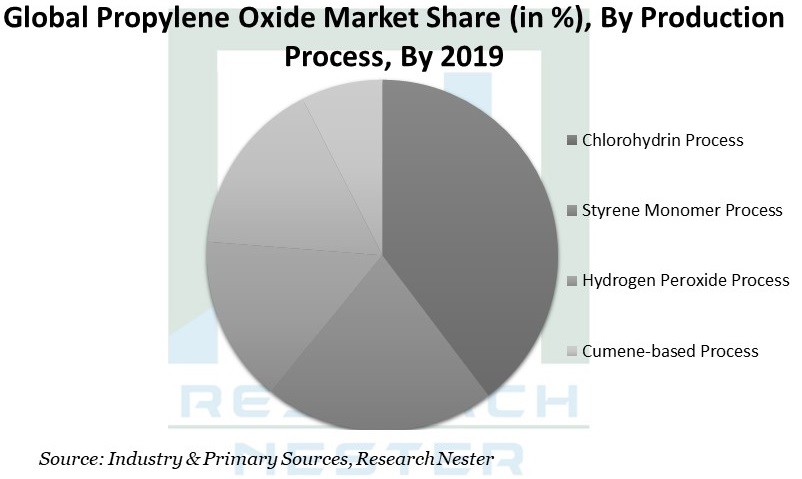 Rapidly Increasing Application of Propylene Oxide as a Chemical Intermediate

What are the major factors driving the growth of the Propylene Oxide market?

What would be the CAGR of Propylene Oxide market over the forecast period?

Who are the major players dominating the Propylene Oxide market?

What are the major segments in the propylene oxide market?

The propylene oxide market is majorly segmented by production process, end user and by region.

What can be the significant growth indicators for end user segment in the propylene oxide market?

Wide application of propylene oxide in the building and construction sector is estimated to be a significant growth indicator for the growth of end user segment.

Potential carcinogenicity and environmental liability associated with propylene oxide’s production are estimated to act as barriers to the growth of the market.