The global pregnancy wearable devices market is estimated to garner substantial revenue by growing at a CAGR of ~26% over the forecast period, i.e., 2022 – 2031. The growth of the market can be attributed to the growing awareness of the importance of fitness among expectant mothers and a healthier lifestyle during pregnancy. According to the World Health Organization (WHO), hypertensive-related illnesses during pregnancy accounted for 14% of all maternal deaths globally. Also, as per the data published by the Preeclampsia Foundation, preeclampsia and related hypertensive disorders of pregnancy impacted 5-8% of all births in the United States, and the rate had been increased by 25% in the last two decades and is further known to be the leading cause of maternal and infant illness and death. Pregnant women can use a "wearable" tool to identify if they have or are at risk of developing a condition that could lead to adverse health problems for them or their developing fetus. Thus, the growing number of pregnant women with complications is expected to lead to an increase in demand for pregnancy wearable devices. 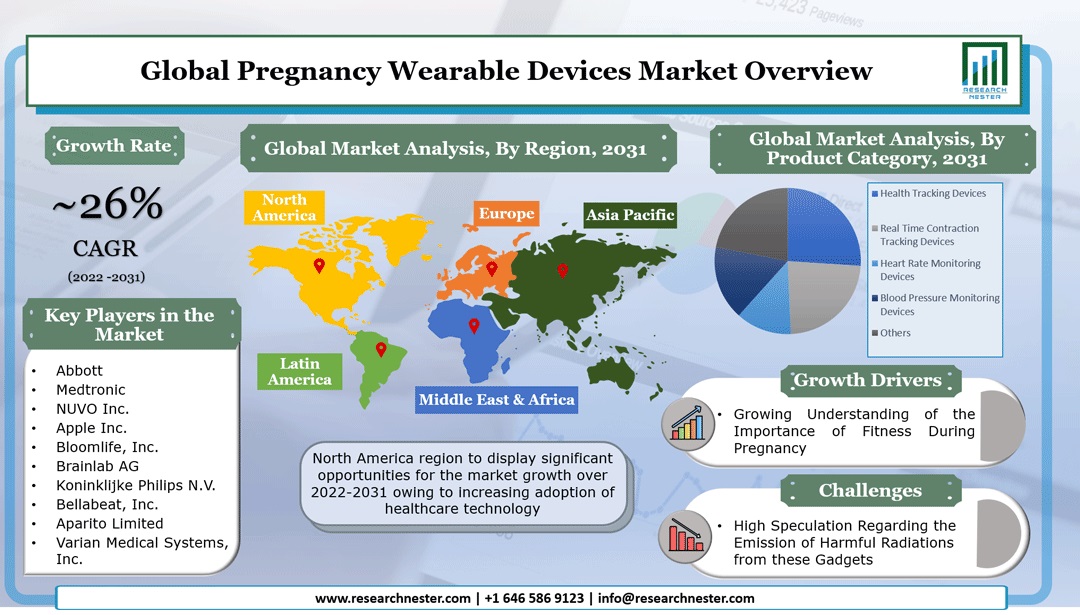 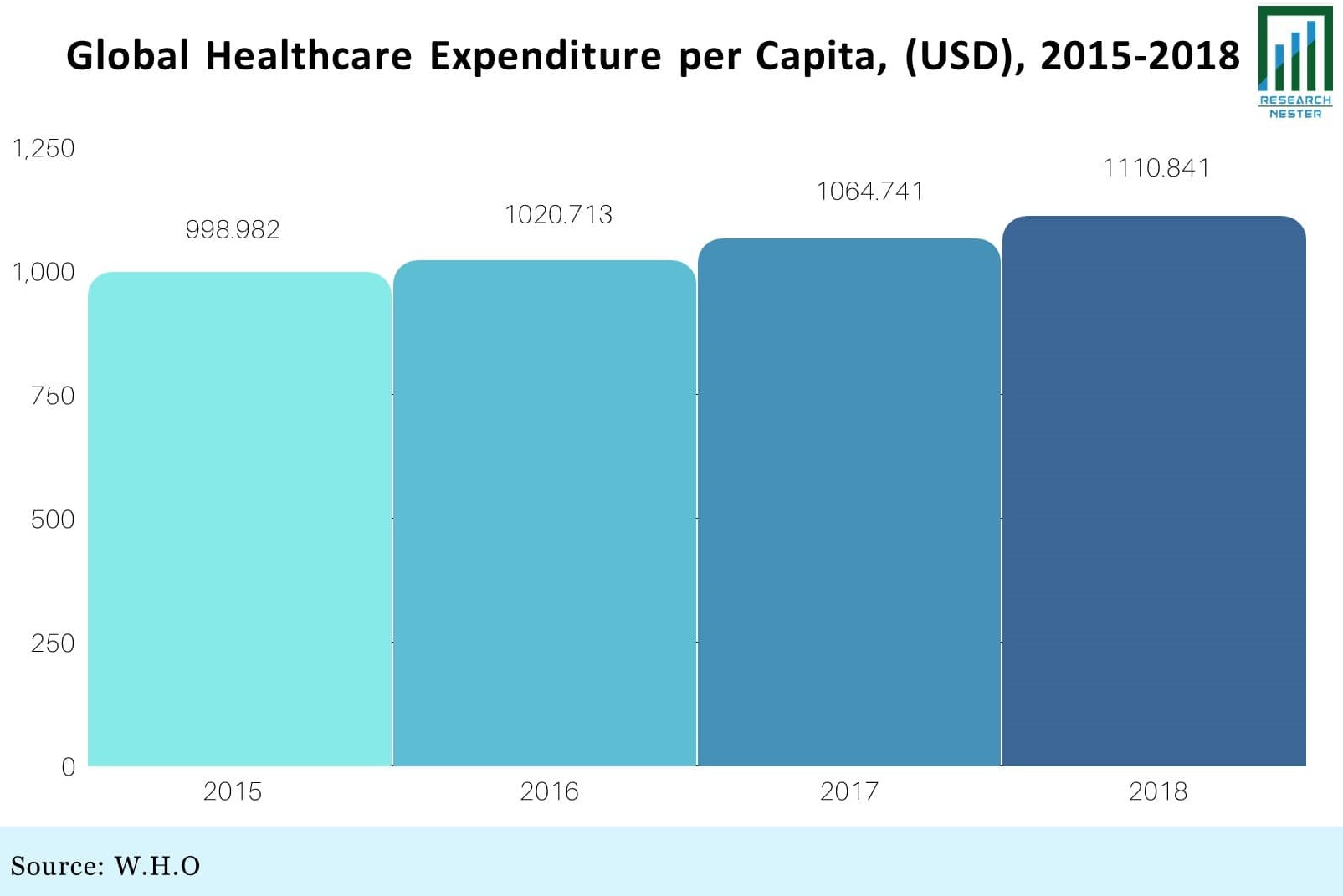 Regionally, the global pregnancy wearable devices market is segmented into five major regions including North America, Europe, Asia Pacific, Latin America and Middle East & Africa region. The market in North America is estimated to witness modest growth during the forecast period on the back of the rising awareness about the importance of fitness during pregnancy and an increase in cases of complications in expectant mothers. As per the data released by U.S. Centers for Disease Control and Prevention National Center for Health Statistics (CDC-NCHS), in the year 2020, the maternal mortality rate in the United States was 23.8 deaths per 100,000 live births. Further, in the year 2019, the rate registered was 20.1 deaths. On the other hand, as a result of the increased number of early adoptions of new technology and improved healthcare infrastructure in this region, Asia-Pacific is predicted to develop considerably in the pregnancy wearable devices market, during the forecast period.

The global pregnancy wearable devices market is further classified on the basis of region as follows:

What are the major factors driving the growth of the pregnancy wearable devices market?

The increasing awareness about importance of fitness during pregnancy is estimated to be the major factor that is driving the growth of the global pregnancy wearable devices market.

What would be the CAGR of pregnancy wearable devices market over the forecast period?

Who are the major players dominating the pregnancy wearable devices market?

What are the segments in the pregnancy wearable devices market?

The market is segmented by product category, distribution channel, and by region.

Which segment captures the largest market size in the product category segment in the pregnancy wearable devices market?

The health tracking devices segment is anticipated to hold the largest market size in value over the forecast period and display significant growth opportunities.

Lack of product understanding and high speculation about the emission of harmful radiation from the devices, which are predicted to cause behavioral disorders in children, are expected to hinder market growth.

Which region will provide more business opportunities for growth of pregnancy wearable devices market in future?