Global pregnancy wearable devices market is further classified on the basis of region as follows: 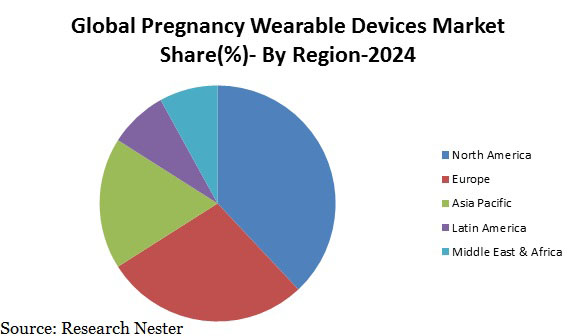 Additionally, increasing penetration of smart phones and there compatibility with smart wearable devices are expected to foster the growth of global pregnancy device market in near future. Moreover, additional benefits of pregnancy wearable devices such as real time contraction tracking, heart rate monitoring and health tracking are some major reasons which are likely to make these products more acceptable among consumers.

Further, increasing disposable income of the consumers, growing affordability and rising adoption of advanced technologies are some of dynamic factors which are anticipated to drive the market in near future. In addition to this, growing need for effective technologies which can ensure baby’s wellness in mother’s womb is major opportunity for pregnancy wearable devices manufactures.

The major players for pregnancy wearable devices market are as follows:

Key potential companies that may enter into manufacturing of pregnancy wearable devices are mentioned below:

The global pregnancy wearable devices market is segmented as follows: