The global precision parts market is estimated to garner a revenue of USD 268.30 Billion by the end of 2025 by growing at a CAGR of 8.19% over the forecast period, i.e., 2021 – 2025. Moreover, in the year 2015, the market in the region registered a revenue of USD 115.66 Billion. The growth of the market can be attributed to growing demand for precision parts from different end-use industries, as these parts are used to manufacture different devices, especially in the healthcare industry, automotive, and aerospace industry. In the healthcare industry, medical devices, such as diagnostic equipment, surgical tools, bone screws, implants, insulin pumps, and defibrillators, use precision parts to attain different machining capabilities. Moreover, with the recent surge in the medical devices industry, the demand for these precision parts has also increased massively, which in turn, is anticipated to drive the market growth. 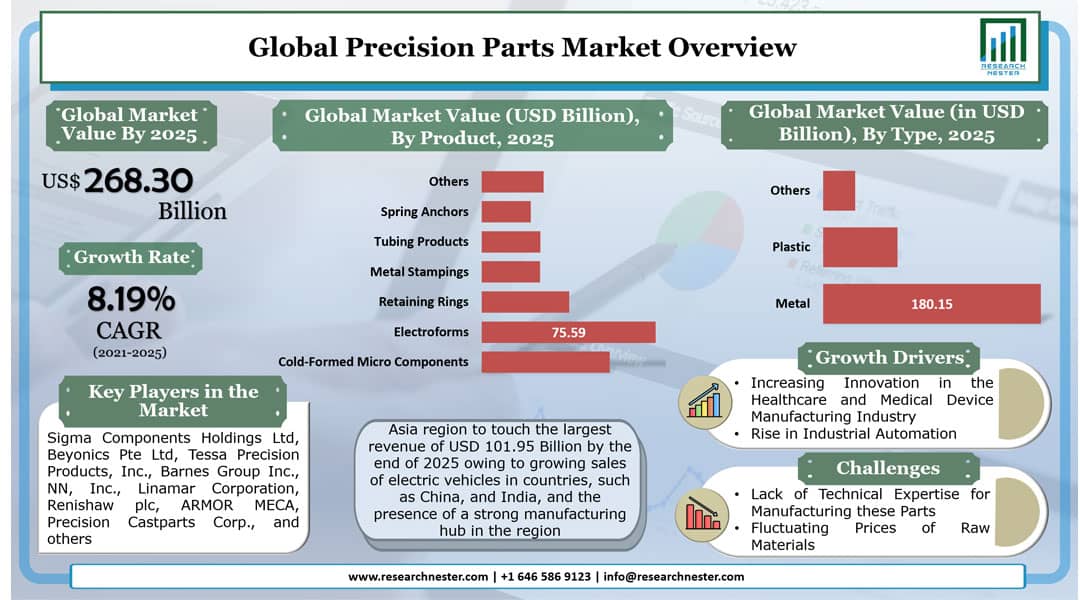 On the other hand, the rising shipment of aircrafts and its parts worldwide, backed by the rising preferences for air travel amongst individuals globally, is also anticipated to create numerous business opportunities for market growth. For instance, according to the statistics by the General Aviation Manufacturers Association (GAMA), total piston airplane shipments and total turbine airplane shipments increased from 889 units and 2020 units respectively in the year 2010 to 1324 units and 1334 units respectively in the year 2019. The industry utilizes different types of precision parts, including precision motors, which is estimated to boost the market growth in the coming years. 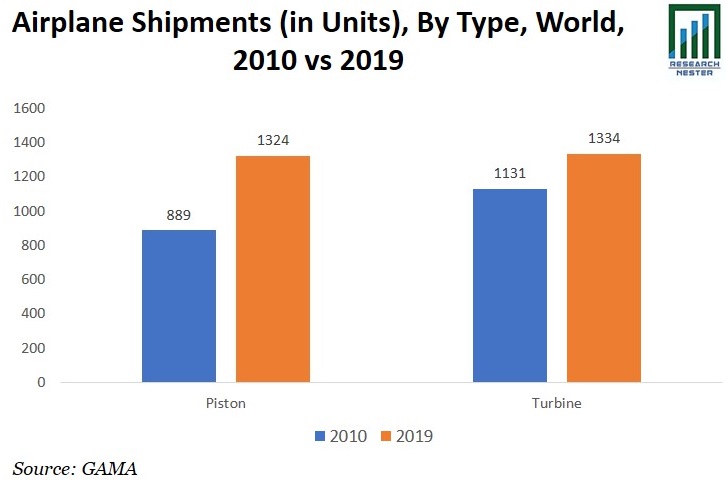 The growth of the market can also be attributed to the rising industrial automation, increasing shift from Industry 4.0 to Industry 5.0, growing industrial manufacturing output, and the surge in sales of electric vehicles globally.

Regionally, the global precision parts market is segmented into five major regions including North America, Europe, Asia, South America and Rest of World. The market in Asia region is anticipated to generate the largest revenue of USD 101.95 Billion by the end of 2025, up from a revenue of USD 35.78 Billion in the year 2015. The market in the region is also anticipated to grow with the highest CAGR of 10.4% during the forecast period. The growth of the market in the region can primarily be attributed to the increasing sales of electric vehicles in countries, such as China and India, along with the presence of a strong manufacturing hub for such precision parts in the region. According to the statistics by the International Energy Agency (IEA), total electric car stock in China increased from 0.21 Million in the year 2015 to 2.58 Million in the year 2019. 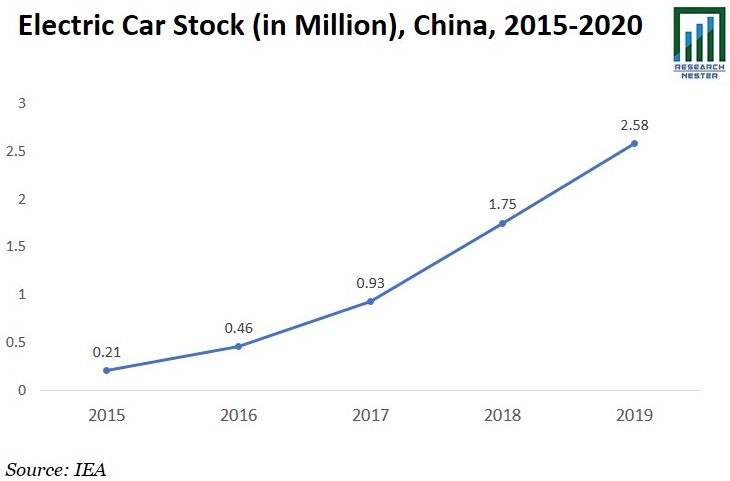 What are the major factors driving the growth of the precision parts market?

The increasing innovation in the healthcare and medical device manufacturing industry and the rising demand for commercial and defense aircraft are some of the major factors anticipated to drive the market growth.

What would be the CAGR of precision parts market over the forecast period?

What are the challenges affecting the precision parts market growth?

The fluctuating prices of raw materials and the lack of technical expertise for manufacturing these parts are estimated to hamper the market growth.

Which region will provide more business opportunities for growth of precision parts market in future?

The market in Asia region is anticipated to generate the largest revenue of USD 101.95 Billion by the end of 2025 and display significant business opportunities in the future.

Who are the major players dominating the precision parts market?

What are the segments in the precision parts market?

The market is segmented by product, application, type, distribution channel, and by region.

Which segment captures the largest market size in product segment in the precision parts market?

The electroforms segment is projected to generate the largest revenue of USD 75.59 Billion by the end of 2025 and display significant growth opportunities.