The global power factor corrector (PFC) market garnered a revenue of USD 1152000 Thousand in 2019 and is further expected to reach USD 1685429.9 Thousand by the end of 2028 by growing with a CAGR of 4.37% during the forecast period, i.e., 2020-2028. The growth of the market can be attributed to the growing need for correct power supply amongst the end users, such as data centers, manufacturing and other industries, followed by the increasing focus of the government of nations to enhance energy-efficiency in electrical systems. Backed by the growing adoption of IoT in the recent years, and the increase in spending in IoT, the number of connected devices and other computer-based systems has grown significantly. The projected spending on IoT by the end of 2024 is expected to reach around USD 1 Trillion. Moreover, in the year 2021, the spending on IT data centers were estimated to be close to USD 240 Billion. This, as a result, has significantly raised the need for data centers for storage of enormous amount of data. The equipment used in the data centers are highly susceptible to power fluctuations and hence require power factor correction devices to ensure a lag-free electrical supply. This is expected to drive the demand for PFCs, and in turn drive the market growth. Moreover, in the end user industries, there has been a surge in demand for power factor correctors as these devices improve the reactive power and reduce harmonics in the equipment. Besides this, with the introduction of PFC integrated circuits (ICs), these correctors are now being utilized widely in commercial, enterprises, and for military purposes, due to the lack of reliable power management systems. 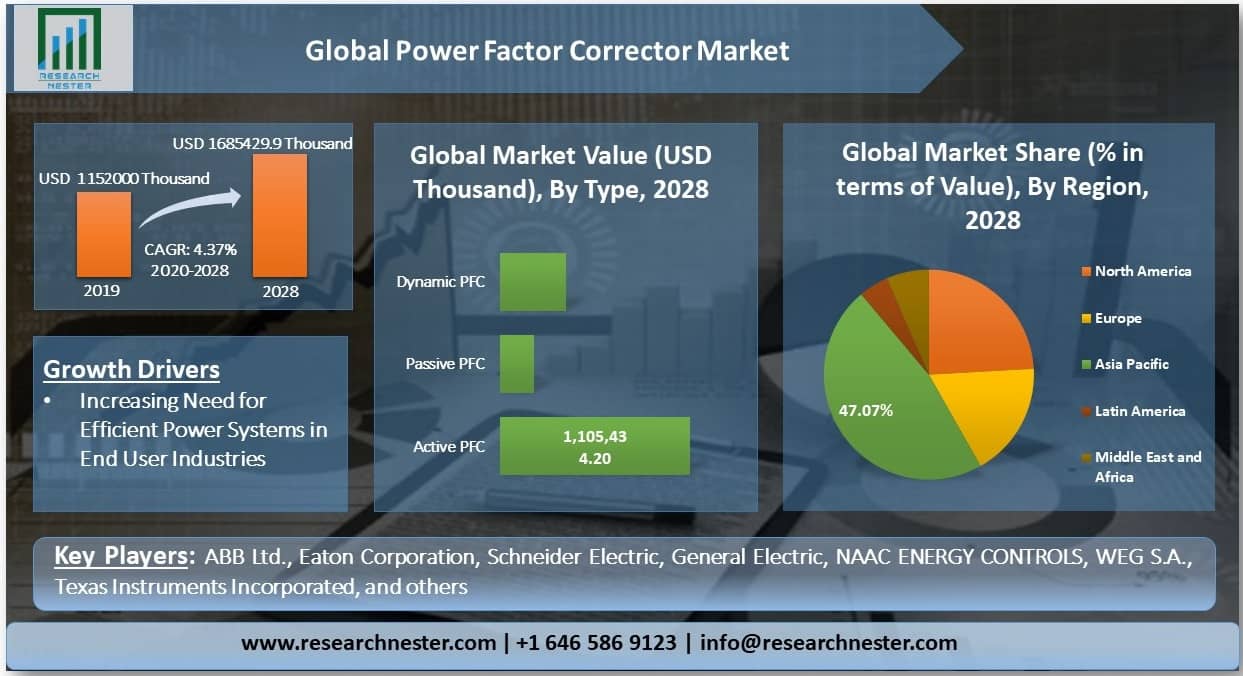 PFCs are also predominantly used in the plant distribution systems as they act as reactive current generators. Furthermore, the utilization of PFCs also ensures increase in the lifespan of the electrical equipment, which ultimately lowers the cost of operations amongst the end users. This is also expected to drive the growth of the global power factor corrector market in the coming years. 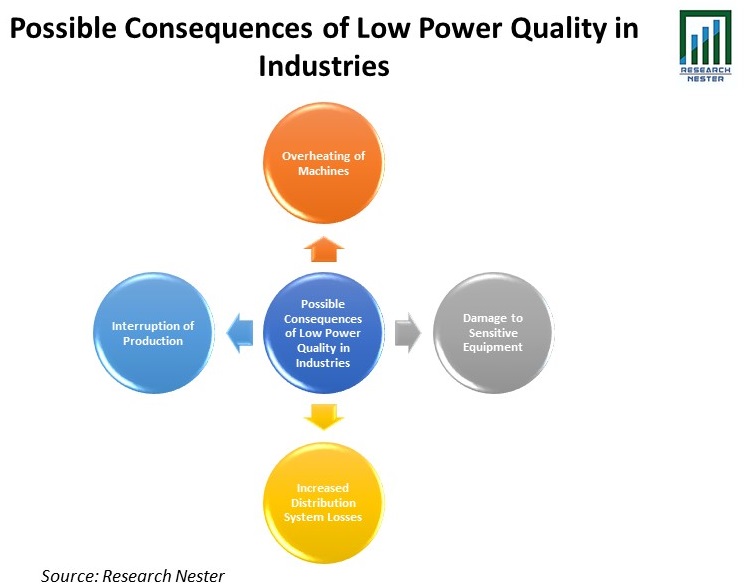 Regionally, the global power factor corrector (PFC) market is segmented into five major regions including North America, Europe, Asia Pacific, Latin America and Middle East & Africa region. The market in the Asia Pacific is expected to hold the largest market share of 47.07% by the end of 2028 and further attain a market revenue of USD 793264 Thousand in the same year. The market in the region is also anticipated to grow with the highest CAGR of 4.89% during the forecast period. The growth of the market in the region can be attributed to the growing demand for electricity in the region, followed by the increasing industrialization, and rapid urbanization in several countries, such as China, India, Malaysia, and others. According to the statistics by the International Energy Agency (IEA), electricity consumption in the Asia Pacific grew from 3842.1 TWh in 2000 to 11614.4 TWh in 2018. 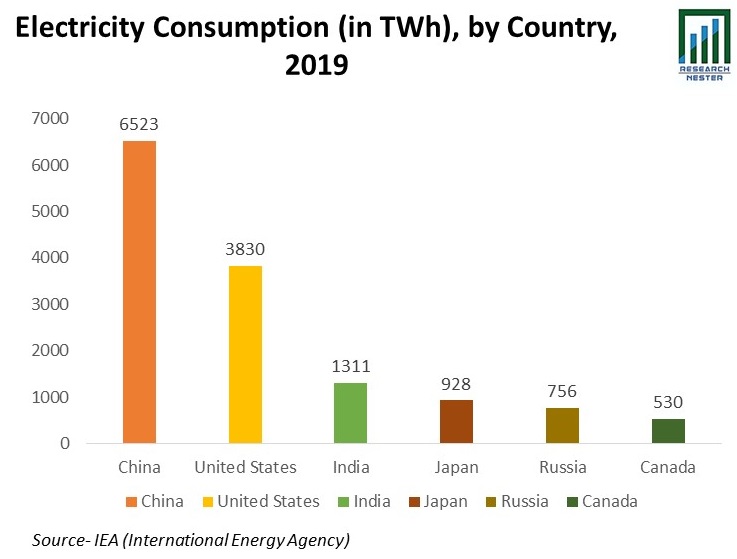 Moreover, the growing awareness amongst the end users for the losses caused due to fluctuating power supply, such as breakdowns or malfunctions of machines, interruption in production, and others, is anticipated to drive the demand for PFCs, and in turn accelerate the market growth in the region. 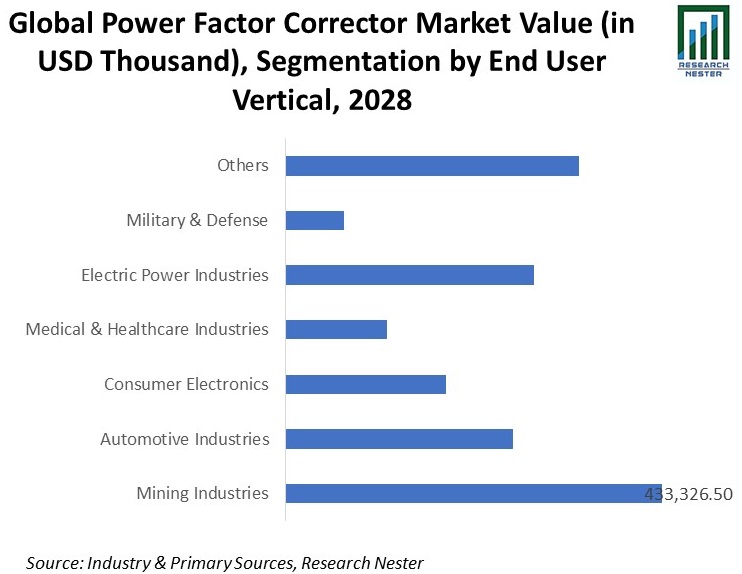 What are the major factors driving the growth of the power factor corrector market?

The increasing need for efficient power systems in end user industries is one of the major factors anticipated to drive the growth of the market in the coming years.

What would be the CAGR of power factor corrector market over the forecast period?

What are the challenges affecting the power factor corrector market growth?

The high initial investment required for manufacturing PFCs are estimated to hamper the market growth.

Which region will provide more business opportunities for growth of power factor corrector market in future?

The market in North America is expected to display significant growth opportunities in the near future.

Who are the major players dominating the power factor corrector market?

What are the segments in the power factor corrector (PFC) market?

The market is segmented by material, type, approach, end user, and by region.

The active PFC segment is anticipated to hold largest market size in value and is estimated to display significant growth opportunities.