The global performance fluorine chemicals & polymers market is estimated to garner a significant revenue by growing at a CAGR of ~4% over the forecast period, i.e., 2022–2030. The growth of the market can be attributed to the various useful properties of fluorine chemicals and preservatives, including, high resistance to heat, lowest dielectric constant and extremely high friction coefficient. Moreover, increasing application of these polymers and chemicals in various end-user industries, such as, medical, transportation, and others, is estimated to boost the market growth. These polymers are used in making cables, wire insulations, and insulators in vehicles to reduce emissions, among other applications. Rising use of fluorine chemicals and polymers in making wire insulations for smart phones, computers, and other electric appliances, is anticipated to further boost the market growth. 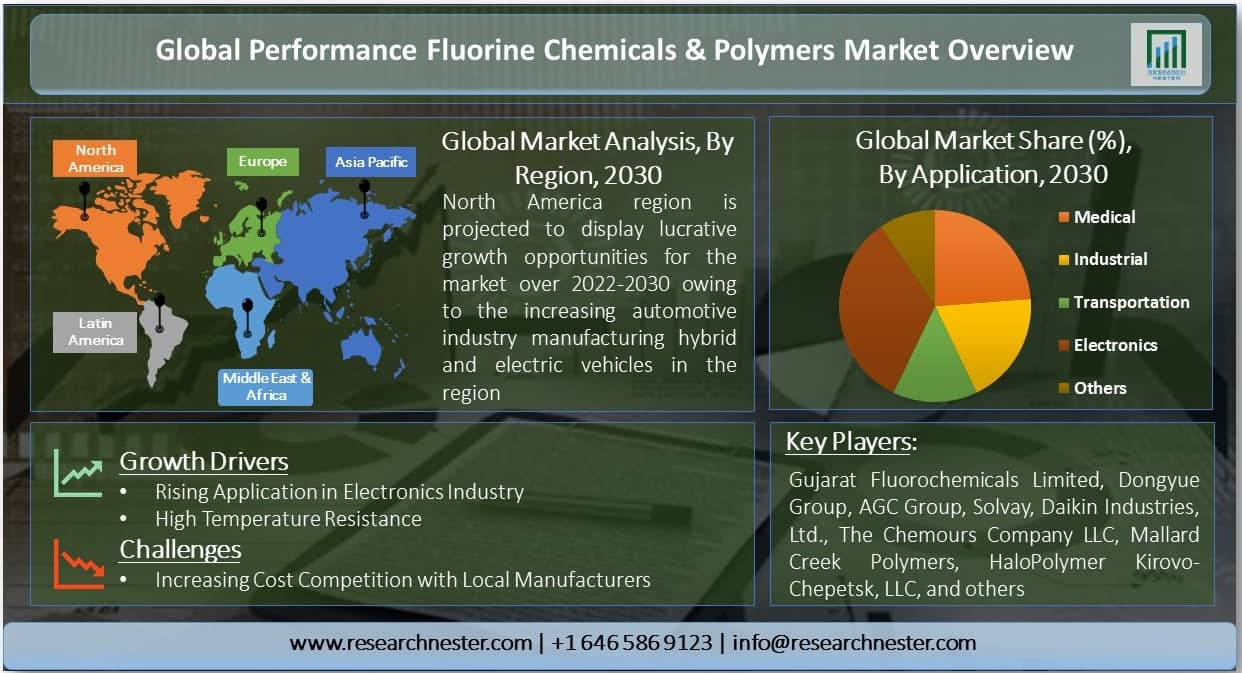 The global performance fluorine chemicals & polymers market is segmented by application into medical, industrial, transportation, electronics, and others, out of which, the electronics segment is anticipated to hold the largest share in the market during the forecast period on account of increasing manufacturing and sales of smartphones, laptops, and other electronic devices which use fluorine chemicals and polymers. More than 1.4 billion smartphones were sold in 2020, which is estimated to cross 1.5 billion smartphones by the end of 2021. This is expected to positively influence the segment growth. CLICK TO DOWNLOAD SAMPLE REPORT 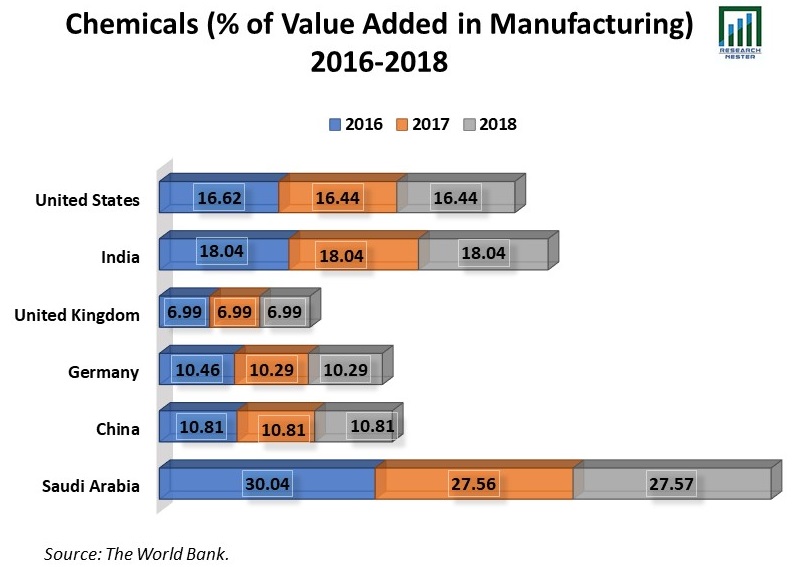 Regionally, the global performance fluorine chemicals & polymers market is segmented into five major regions including North America, Europe, Asia Pacific, Latin America and Middle East & Africa region. The market in the North America region is estimated to garner largest share over the forecast period on the back of increasing manufacturing of hybrid vehicles, in countries, such as, the U.S. Around 85,000 plug-in hybrid electric vehicles (PHEVs) were sold in the United States in 2019. Moreover, increasing demand for consumer electronics is estimated to boost the market growth in the region. The market in the Asia Pacific region is estimated to witness highest CAGR over the forecast period owing to the growing consumer electronic manufacturing industry. Japan is the largest producer of smartphones, as the smartphone industry has crossed 100 million units in the country. Additionally, growing chemical industry in the region, backed by easy availability of raw materials is expected to boost the market growth.

The global performance fluorine chemicals & polymers market is further classified on the basis of region as follows:

What are the major factors driving the growth of the performance fluorine chemical & polymers market?

Rising application of these polymers in various end-user industries is the major factor driving the market growth.

What would be the CAGR of performance fluorine chemical & polymers market over the forecast period?

What are the challenges affecting the performance fluorine chemical & polymers market growth?

High competition from local manufacturers is one of the factors estimated to hamper the market growth.

The market in North America is estimated to garner the largest market share owing to the large automotive industry manufacturing hybrid and electric vehicles, along with growing consumer electronics industry.

Who are the major players dominating the performance fluorine chemical & polymers market?

What are the segments in the performance fluorine chemical & polymers market?

The market is segmented by type, form, application, and by region.

Which sub-segment captures the largest market size in the application segment in the market?

The electronics segment is anticipated to hold largest market share over the forecast period on the back of increasing demand for smart phones, laptops, and other gadgets.