The global multimodal imaging market is estimated to garner a moderate revenue by the end of 2031 by growing at a CAGR of ~6% over the forecast period, i.e., 2022 – 2031. Further, the market generated a significant revenue in the year 2021. The market is estimated to grow on the back of increasing research & development in radiotracer technology and rising level of geriatric population globally. According to the World Health Organization data, in 2020, the global population of people aged 60 and above was about 1 billion, which is expected to increase to 1.4 billion by the end of 2030 and this figure is projected to reach 2.1 billion by 2050. 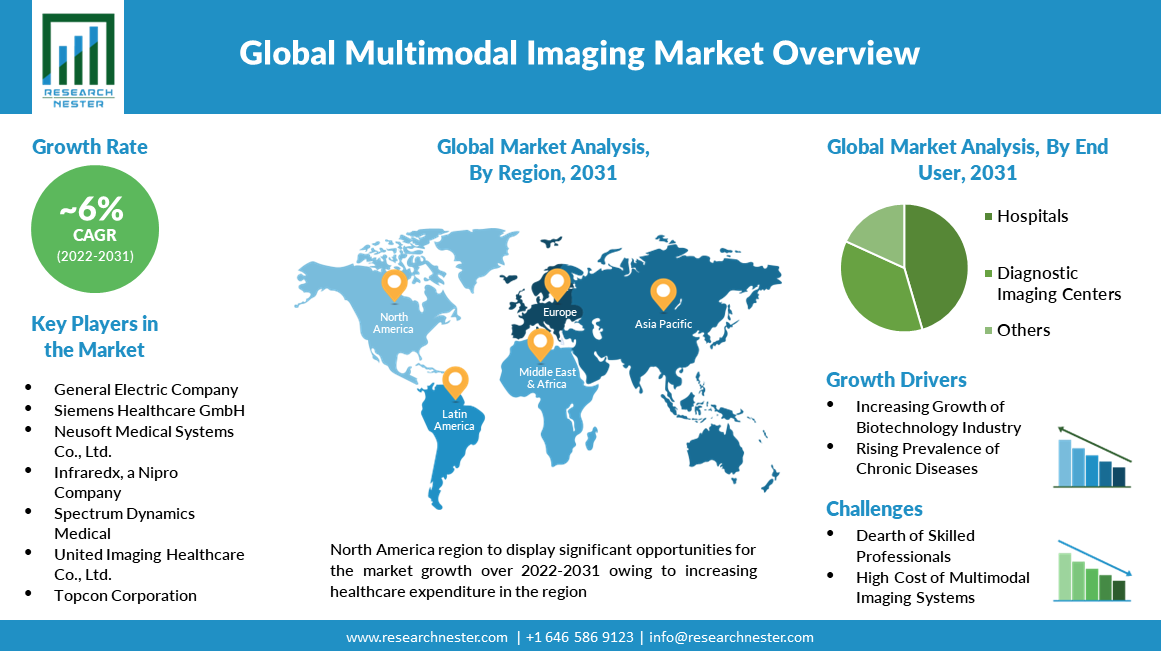 Regionally, the global multimodal imaging market is studied into five major regions including North America, Europe, Asia Pacific, Latin America and Middle East & Africa region. Out of these, the market in North America is projected to hold the largest market share by the end of 2031. This can be accredited to the rising prevalence of cardiovascular diseases and increasing healthcare expenditure in the region. According to statistics, about 695,000 patients die from heart diseases every year in the United States. In addition, approximately 804,000 US citizens suffer a heart attack each year.Hence such factors are estimated to foster the market growth in the region.

Further, the market in Asia Pacific region is estimated to gain significant growth during the forecast period, owing to rising growth of healthcare infrastructure in the region. According to the data, by the end of 2022, the Indian healthcare infrastructure is estimated to reach around USD 345 billion by the end of 2022.Moreover, increasing level of geriatric population is another factor estimated to propel the market growth during the forecast period. According to the World Health Organization (WHO) data, in China, people aged 60 years and above stood at around 254 million in 2019 and by 2040, it is estimated that the total population of people above 60 years of age would be around 402 million, which represents approximately 28% of the total Chinese population. 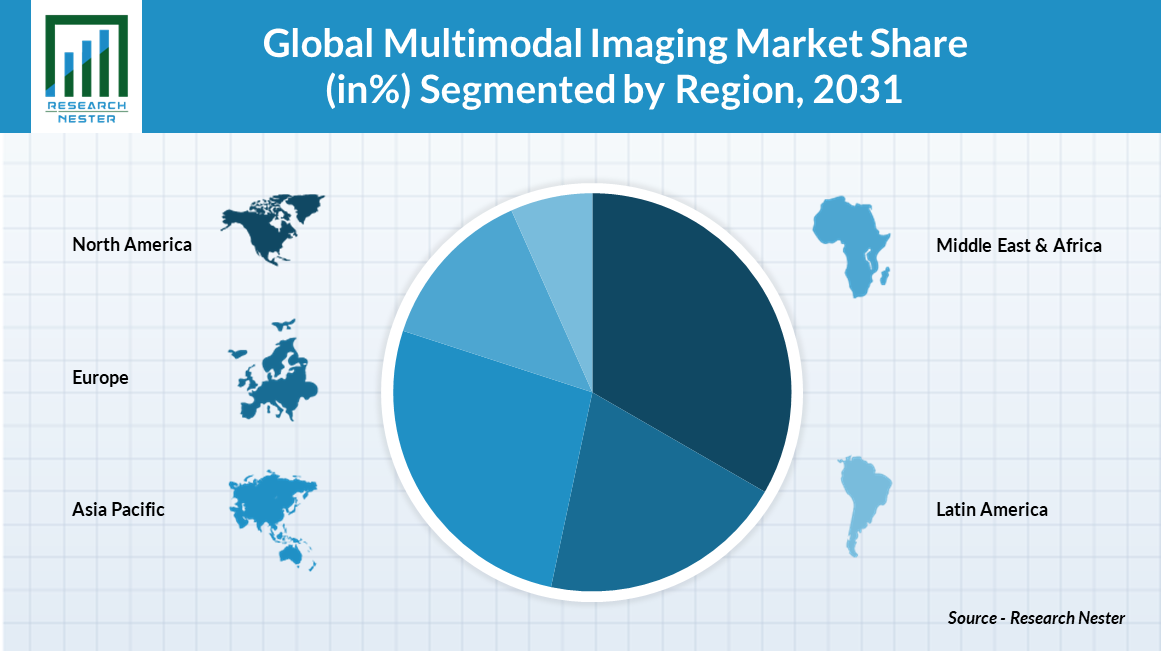 The global multimodal imaging market is further classified on the basis of region as follows:

Our in-depth analysis of the global multimodal imaging market includes the following segments:

What are the major factors driving the growth of the multimodal imaging market?

Increasing growth of biotechnology industry and rising level of geriatric population are estimated to majorly boost the market growth.

What would be the CAGR of multimodal imaging market over the forecast period?

What are the challenges affecting the multimodal imaging market growth?

Which region will provide more business opportunities for growth of multimodal imaging market in future?

Who are the major players dominating the multimodal imaging market?

5) What are the segments in the multimodal imagingmarket?

The market is segmented by product, technology, application, end user and by region.

6) Which segment captures the largest market size in end user segment in the multimodal imagingmarket?