An electric aircraft is a mode of air transport utilizing the electricity as a fuel by means of power source as battery or a set of it. High per capita income among North American and European Countries delineates to simultaneous boost in the quantity of air passengers over the decade. This attains the higher demand of aircrafts, instantly exhibiting the growth in electric aircraft market. An electric aircraft utilizes electric motors. The supplied electricity can be attained by various means, which includes ultra-capacitors, ground power cables, solar cell & batteries and power beaming. Aircraft producers are establishing various efforts to evolve electricity powered aircraft that signifies no fuel consumption as well as do not emit carbon monoxide or carbon dioxide. The evolution will result in sound proof engines manifesting significant reduction in noise of flying aircraft.

Due to hype in number of various lung related disease cases, on the account of rising air pollution from planes is anticipated to bolster the growth in the forthcoming years. Over the last two decades, there has been significant increase in the number of flights and carbon dioxide emission by these flights. The emission of carbon monoxide and carbon dioxide is propelling aircraft manufacturers to produce eco-friendly aircrafts, thereby positively catalyzing the demand for the light electric aircraft market across the globe.

Growing demand for eco-friendly aircrafts tends to increase the volume of Light Electric Aircraft market across the globe over the anticipated period is exhibits the surge among the global light electric aircraft system market. 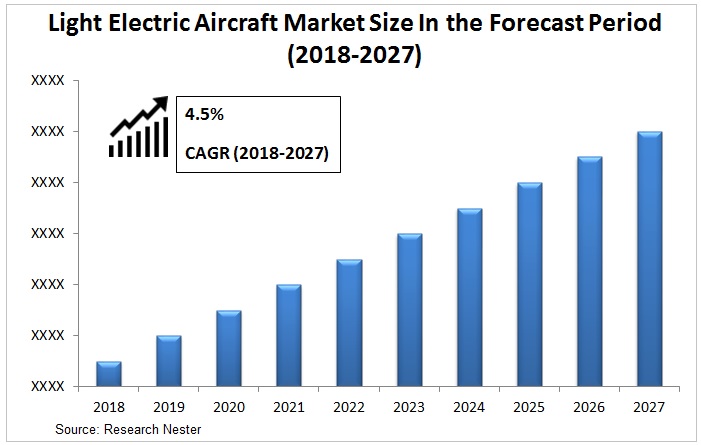 North America is anticipated to be a dominant region for the growth of light electric aircraft. Development in military aircraft, such as the drones and the purchase of unmanned aerial vehicles and innovative military fighter planes are among several regions perceived to bolster the demand for light electric aircraft market in North America in forthcoming years. Europe is also anticipated to exist as a key region for light electric aircraft market, on the heels of implementation of stringent emission norms amongst the countries such as Germany, the U.K. and France. Among Asia-Pacific region developing nations such as India and China are expected to grow at considerable rate in forth coming years. China and India are signatories and regulated International Civil Aviation Organization emission norms to tackle air pollution in their respective nation. CLICK TO DOWNLOAD SAMPLE REPORT

Surge amongst the demand of Lithium ion Batteries

The growing demand of lithium-based batteries, along with the constant initiatives to diminish aircraft weight is anticipated to propagate the growth of the global light electric aircraft market.

Implementation of Strict Regulations among the Aircraft Industry

Implementation of strict emission related regulations aligned to the aircraft industry on the reduction of noise pollution globally, is anticipated to push the demand of light electric aircraft. Moreover, newer investment related to lighter components, efficient electronics related to power, and high energy batteries are several factors perceived to considerably drive the light electric aircraft market across the globe. 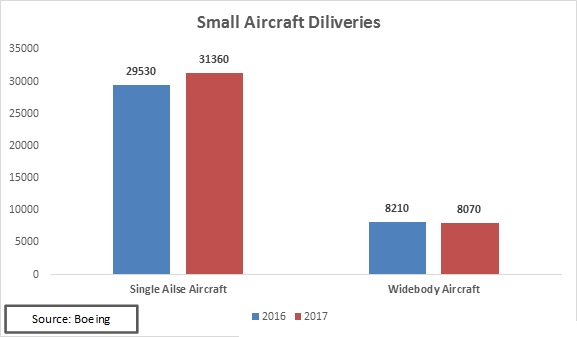 Global light electric aircraft market is further classified on the basis of region as follows: