Solvents are the compounds that dissolve the solutes in themselves and generally exist in a liquid state but can also exist in solid as well as gaseous forms. They own the ability to extract, dissolve and suspend other materials. A solvent consists of uniform physical and chemical properties. It has been observed over the years through research and experimentation that when most substances are dispersed in a solution, they tend to exhibit greater usefulness. By proper choice of solvents, the physical and chemical properties of a solvent can be best determined and used which allows their use in a variety of industrial processes and methods. These solvents add value to adhesives, lubricants, paints and coatings. Thus, industrial solvents are capable of dissolving oil and low density fluids. Industrial solvents are also used for regular military applications such as degreasing, cleaning, paint stripping and more. The industrial solvents market is a mature market which has various end-user industrial applications that is anticipated to propel the industrial solvents market steadily over the forecast period (2018-2027). 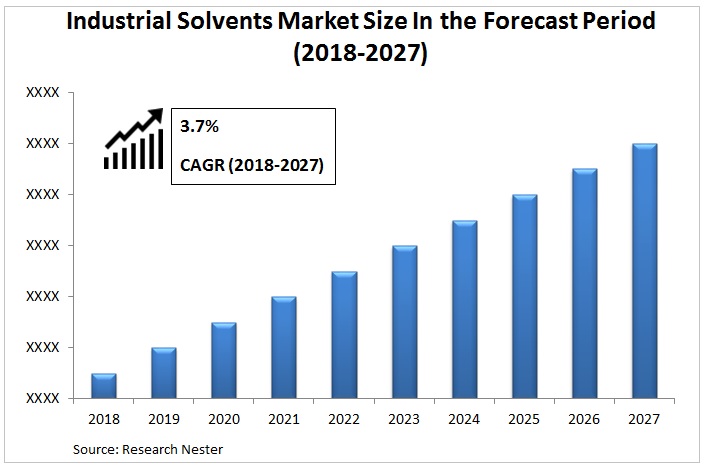 Global Industrial Solvents Market is further classified on the basis of region as follows: